Detailed below are details of this season National Sponsorships 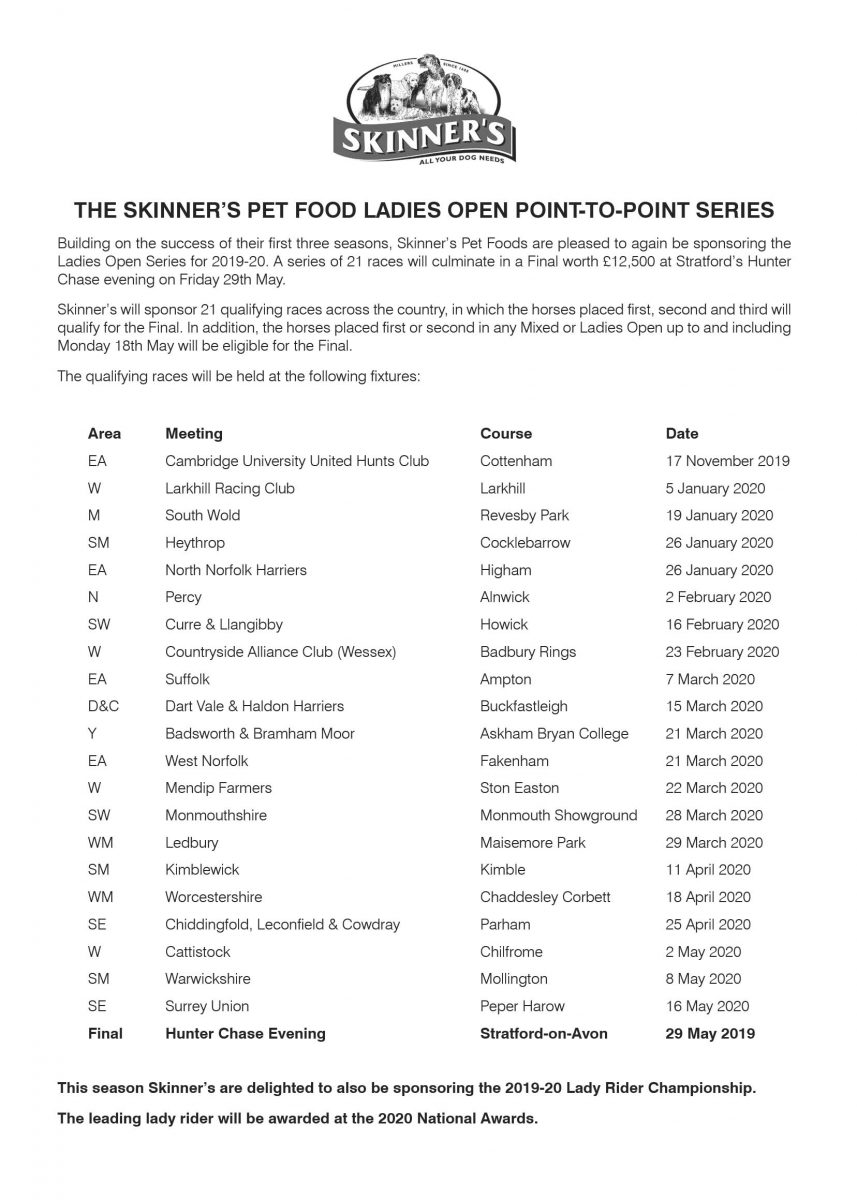 Local qualifying races for the Skinners Ladies Open Series take place at the Ledbury fixture at Maisemore Park on 29th March and the Worcestershire meeting at Chaddesley Corbett on 18th April. 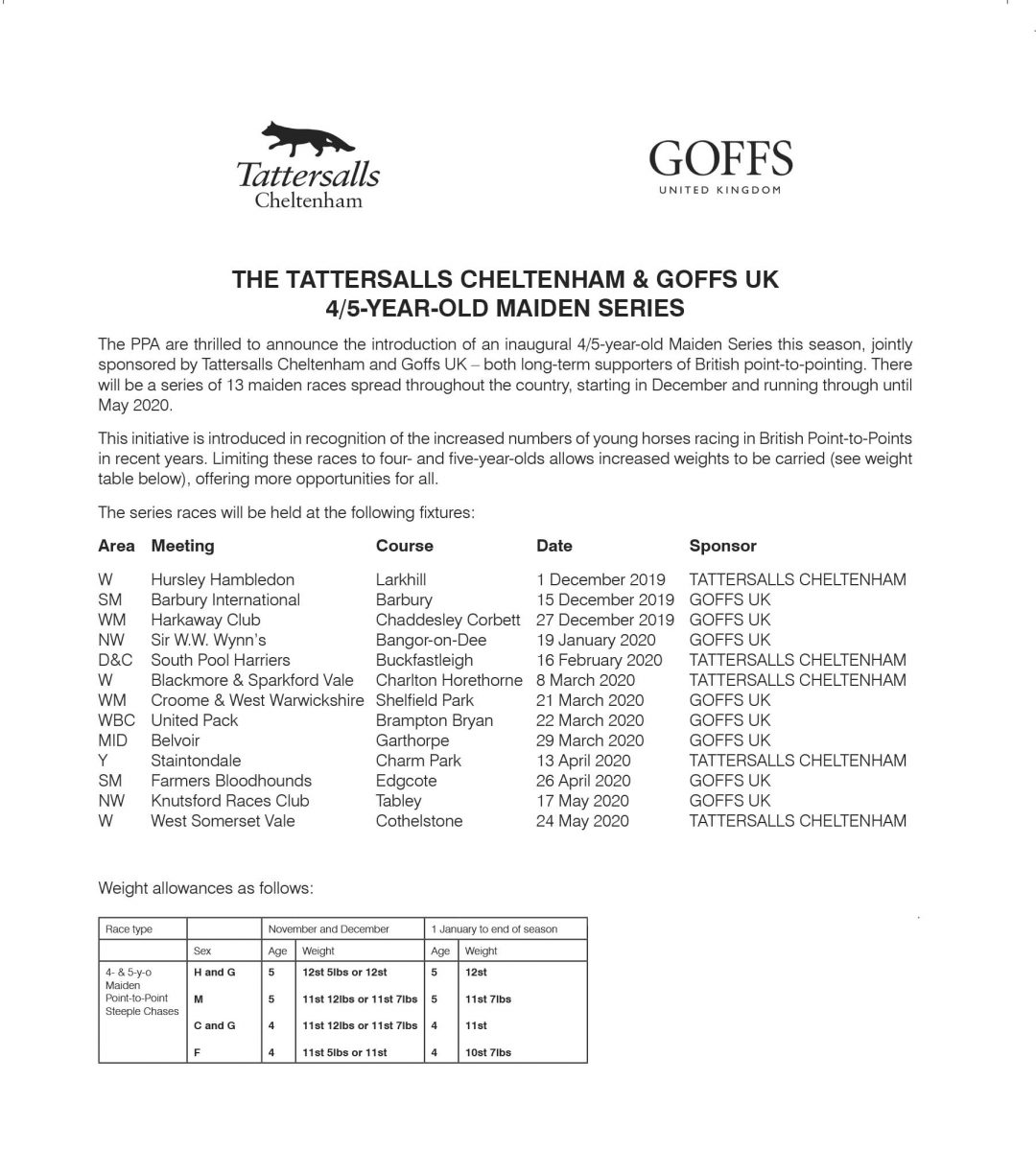 The Area stages one qualifying race for the 4 & 5 year old Maiden Series during the Harkaway Club meeting at Chaddesley Corbett on 27th December. 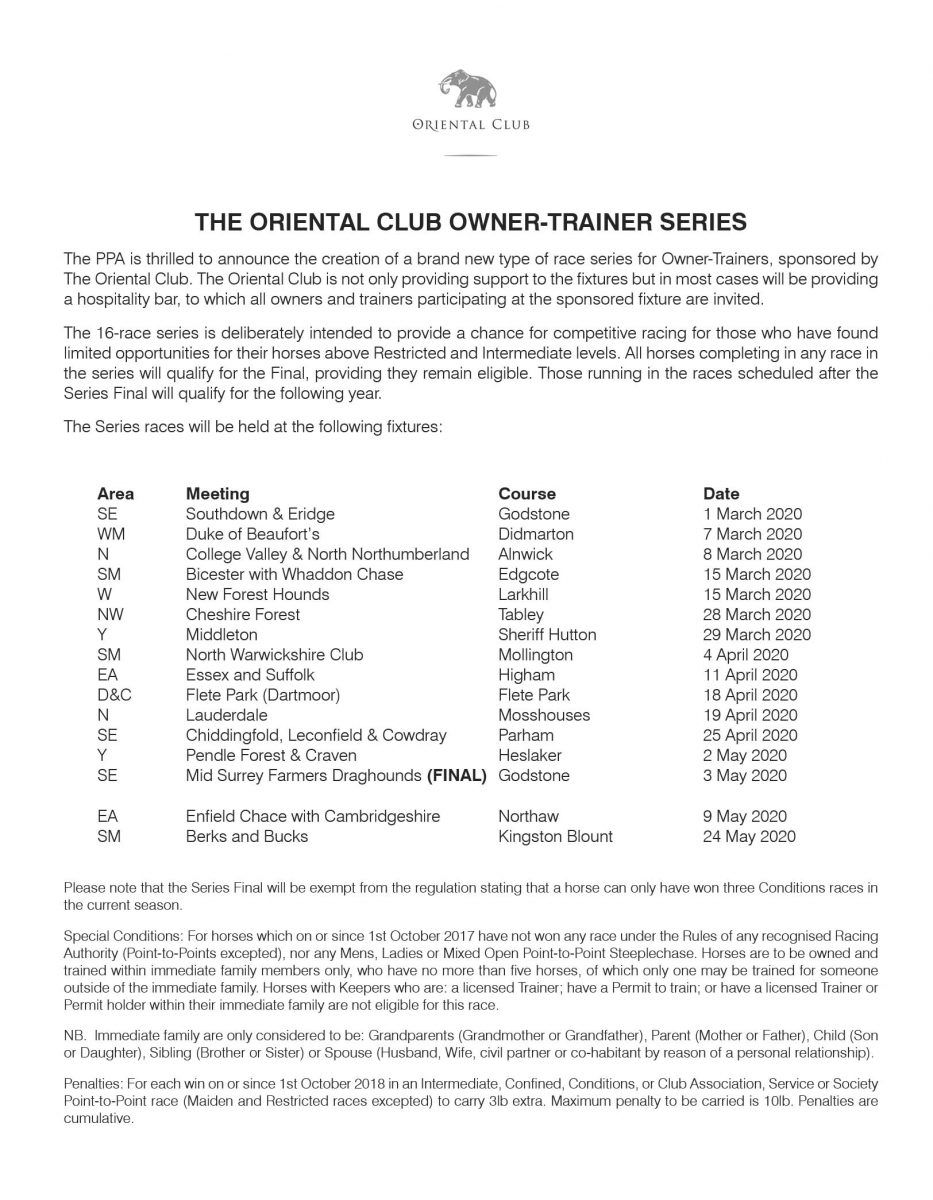 The Oriental Club Owner/Trainer Series holds one qualifying event during the Duke of Beaufort meeting at Didmarton 7th March. 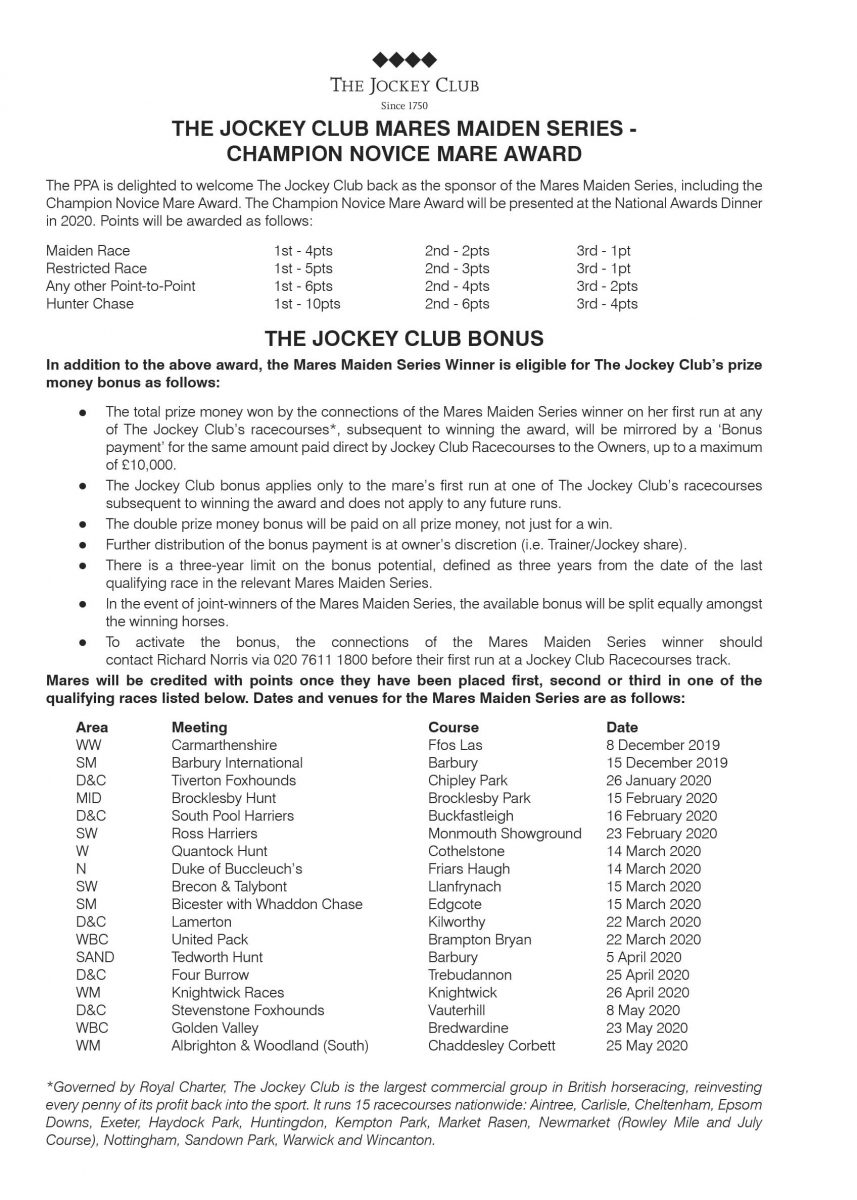 The Jockey Club Mares Series is supporting races at Knightwick on 26th April and the Albrighton & Woodland (South) on 25th May. 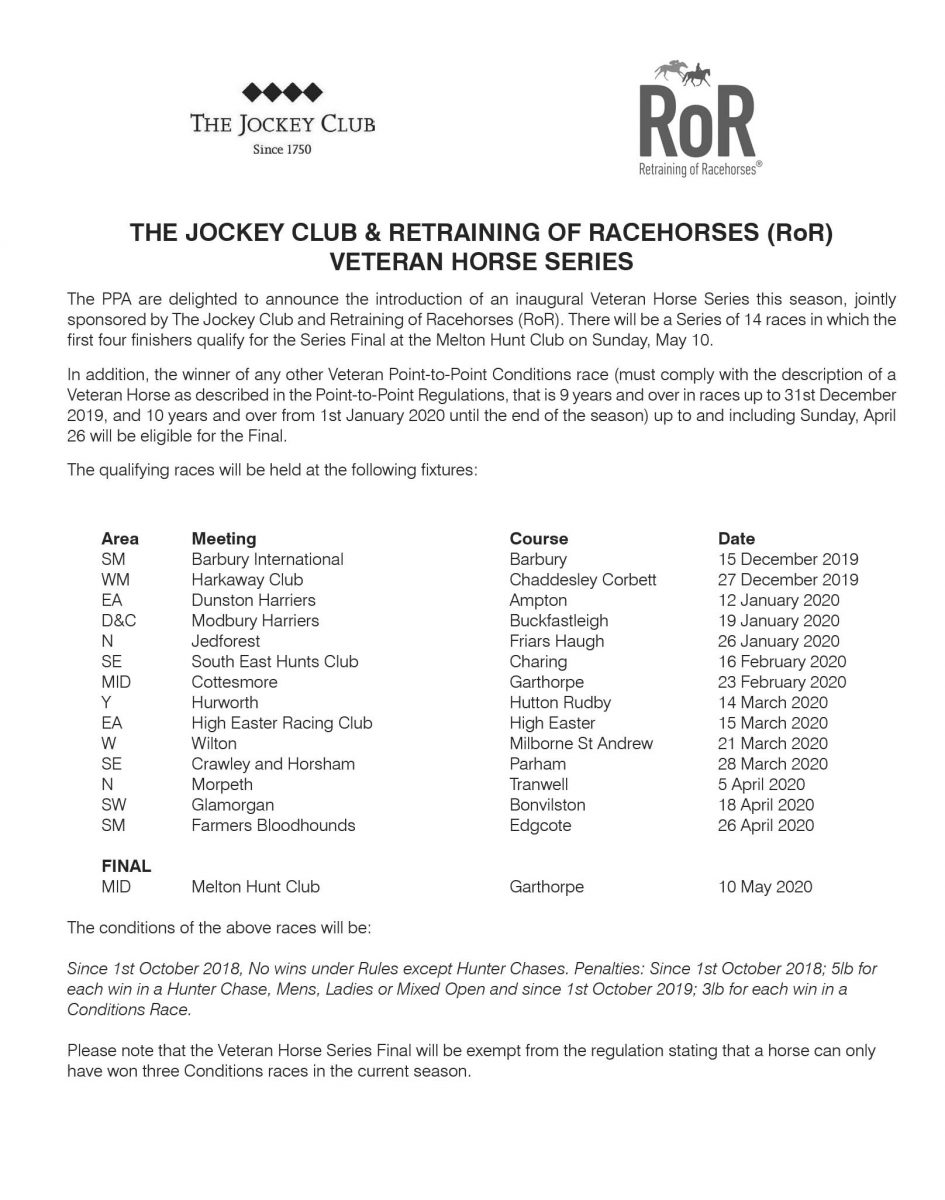 The Jockey Club and Retraining of Racehorses hold one qualifying event in the Area at the Harkaway Club on 27th December. 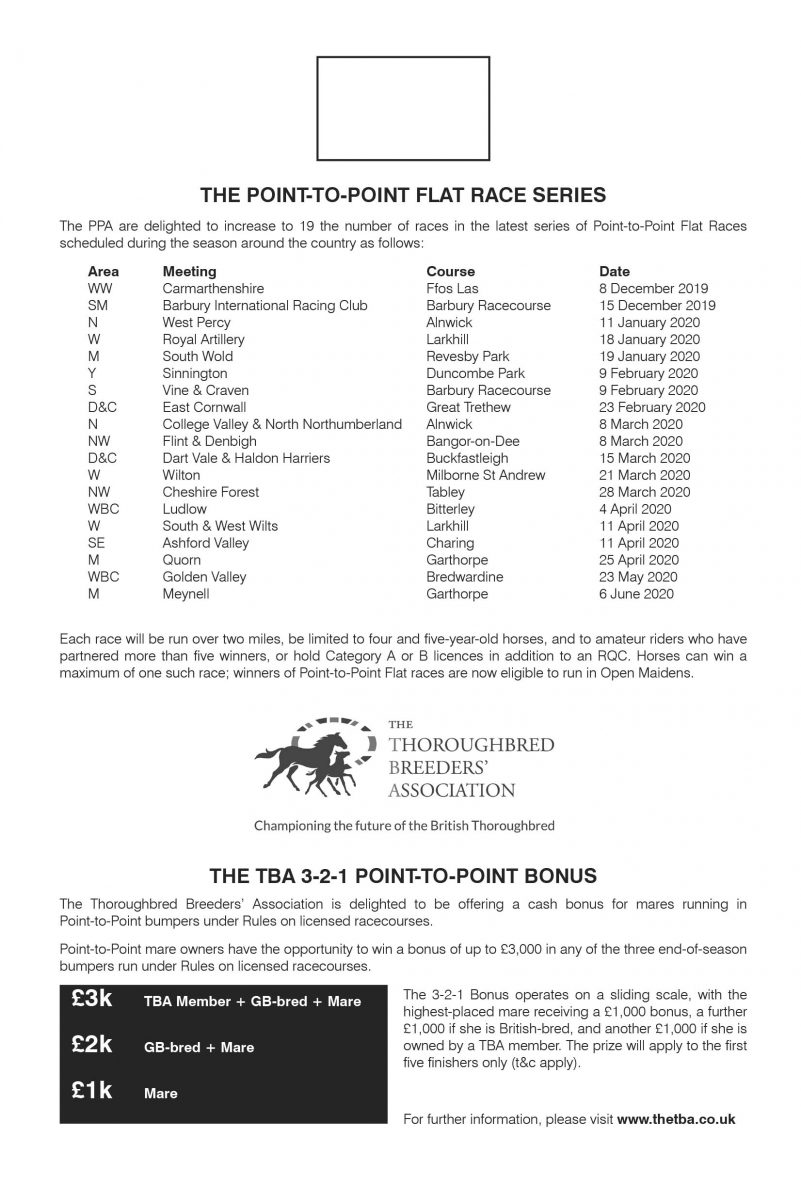 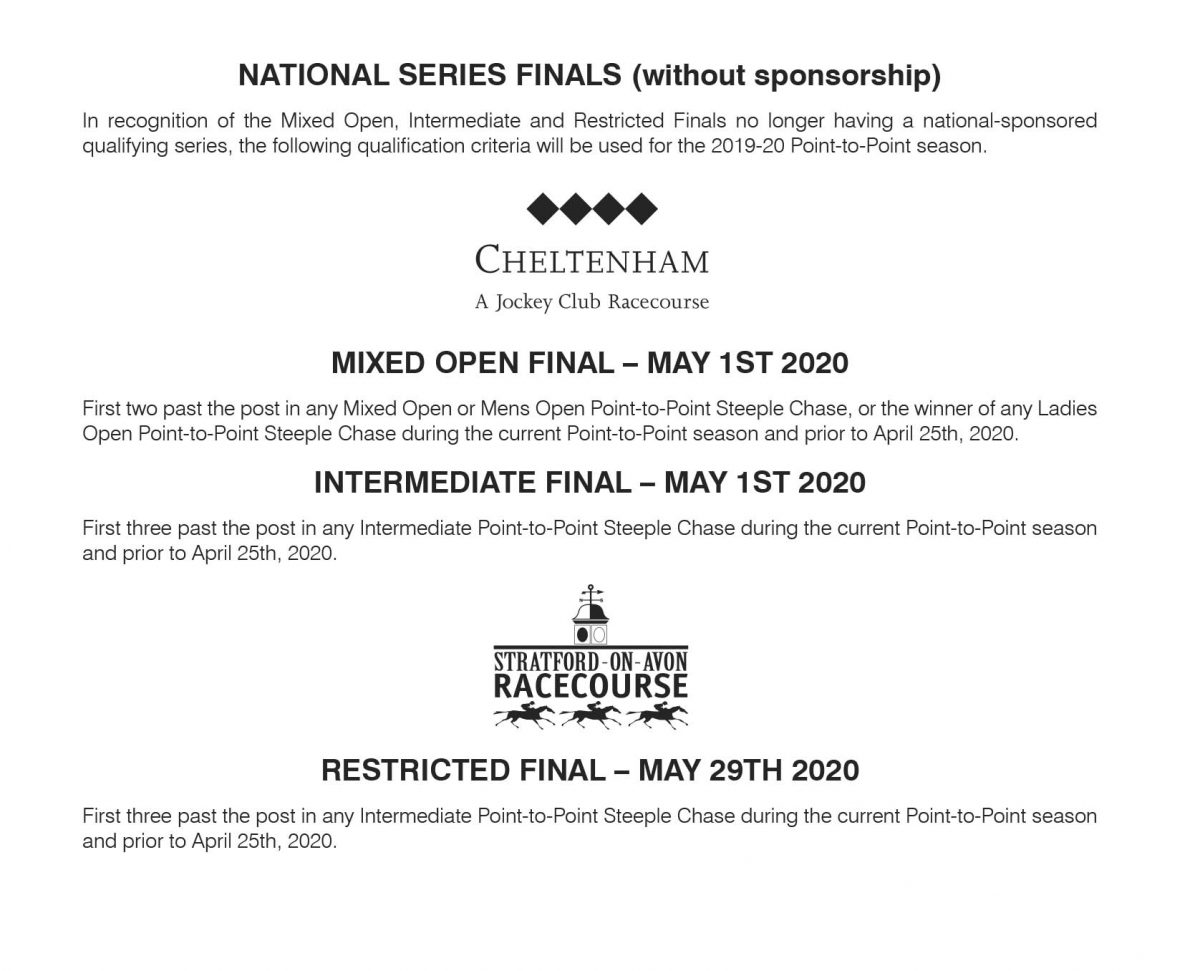 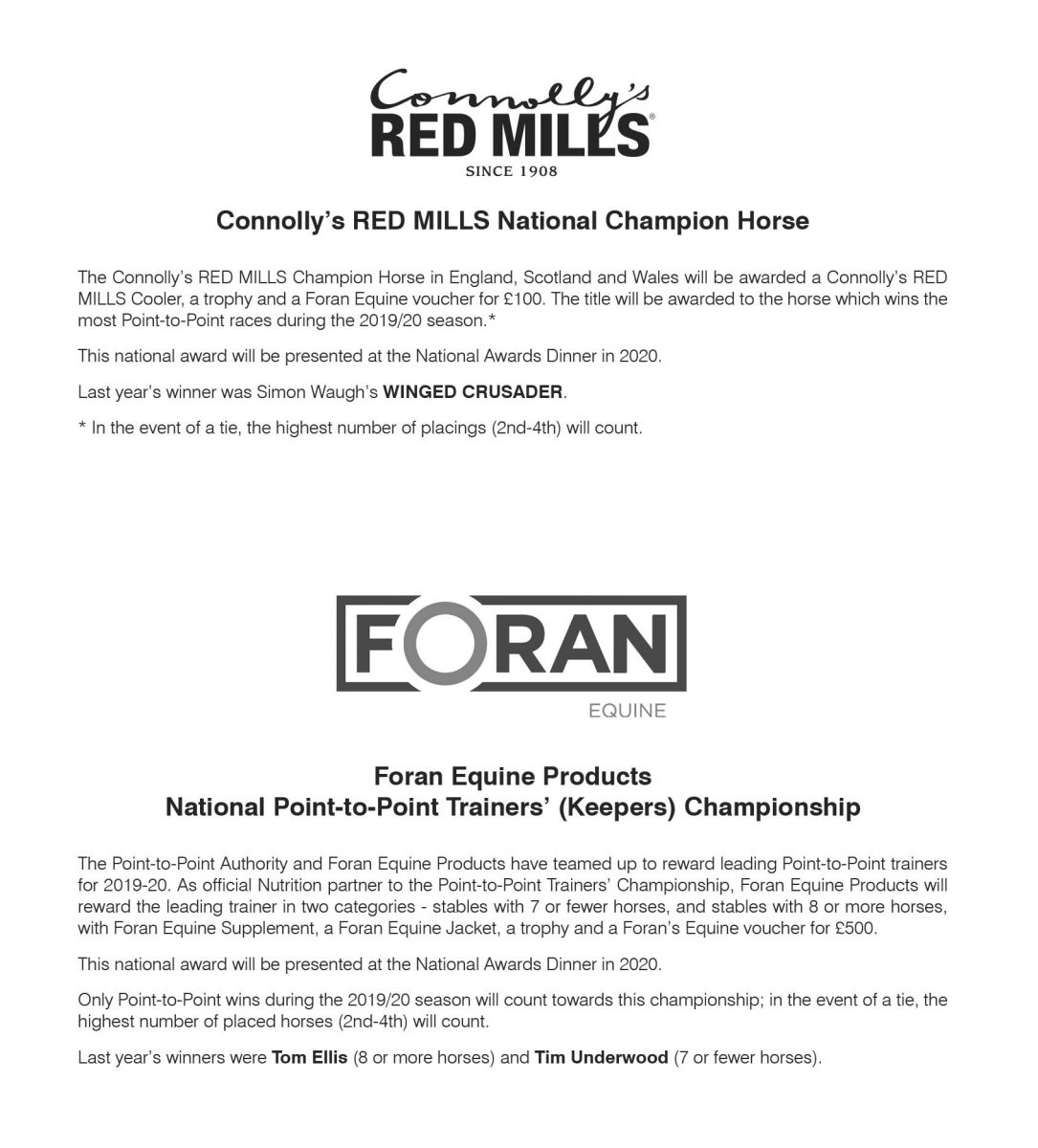 The West Midland Area P.P.S.A. is grateful to Dairy Partners who are offering £1000 to the horse that scores the most points in a series of 26 races, commencing at the Harkaway Club fixture on 27th December 2019 and finishing at the Albrighton & Woodland (South) meeting on Monday 27th May 2020.

The Championship is open to ANY HORSE running in these qualifying events which includes all the Mens, Ladies and Mixed Opens which take place in the Area plus other selected events (See the list of qualifying races below).

The Gwillam’s Annual Hunter Chase at Worcester on Friday 25th May, provides an additional opportunity for horses to bolster their chances of securing this prize. This has normally been restricted to horses qualified with West Midlands packs, but has been extended this year so whichever Hunt your horse has been qualified with you are eligible to run if your horse finishes 1st or 2nd in one of the 26 nominated races.

The winning horse will be identified as soon as possible after the final meeting of the season and connections will be invited to attend the Champions Awards Ball at Cheltenham Racecourse on Saturday 27th June, where the Award will be presented. 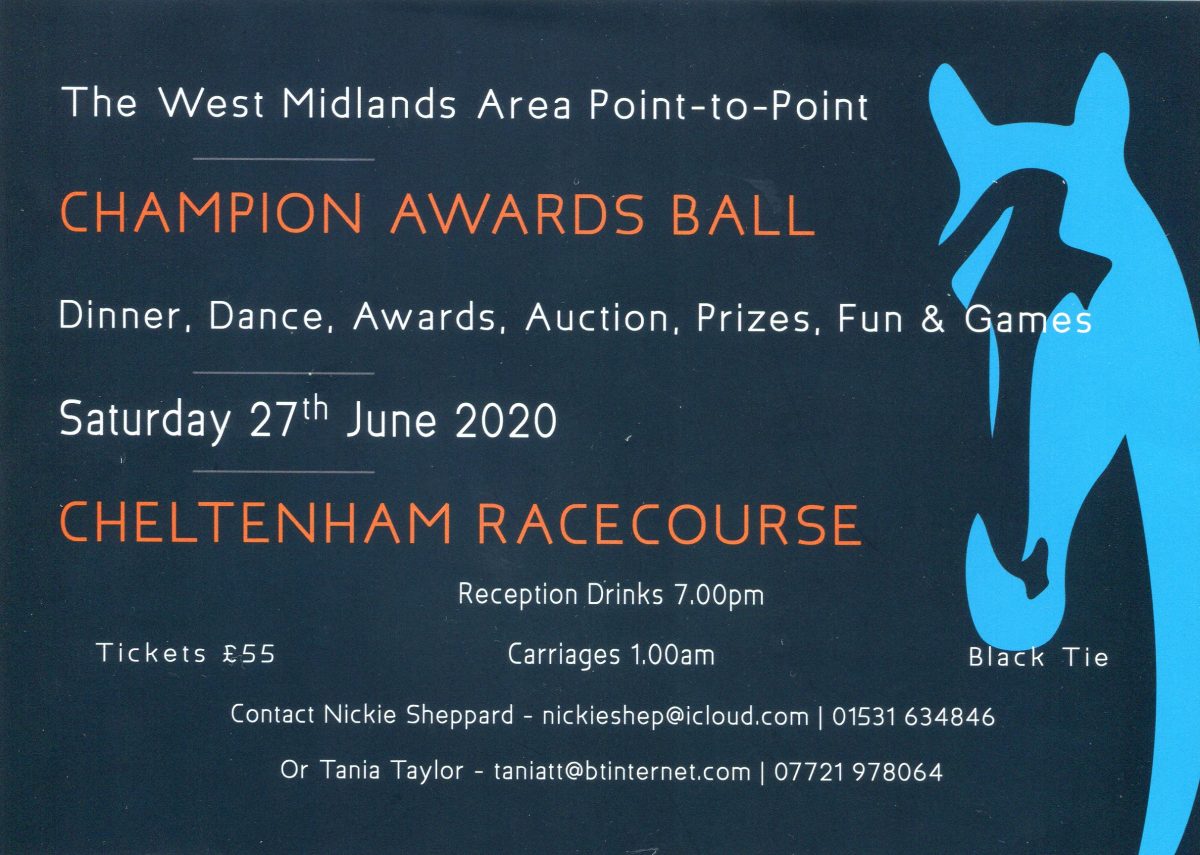 It has just come to our attention that John Willis passed away earlier this month.

John had been part of the local Point-to-Point scene for as long as I can remember and had a long term association with the Croome and West Warwickshire meeting at Ryalls Court as well as Chaddesley Corbett and Maisemore Park. He will be greatly missed.

“From the family of JOHN WILLIS, whom we sadly lost recently.

We have been overwhelmed by the love and support we have received over the past couple of weeks.

Dad’s funeral will take place at 13:00 on Thursday 26th September at Powick Church.

Following the service family will attend a private committal at The Vale Crematorium and will return to The Boathouse in Upton for the wake from 14:00. Please do join us for this if you are able to.

We would like to request family flowers only but if anybody wishes to make a donation in dad’s memory these will go to The Worcester Oncology Unit and the Midlands Air Ambulance, two charities close to his heart.

We hope to see many of Dad’s friends on the 26th and if we don’t know you personally please do make yourself known to us on the day.”

Ryall’s Court near Upton upon Severn was one of the oldest Point-to-Point venues in the country before its closure in 2017. After over 130 years at the same location it was always going to be difficult identifying a suitable replacement for the Croome & West Warwickshire Point-to-Point and various options were explored before a site was found at the Lawnsbrook Farm home of Joint Master Patty Allen.

Due to organisational problems the meeting lay dormant in 2019 but this allowed the new course to benefit from improvements to its drainage and time for reseeding to take root. That has resulted in the course having an established look about it with an excellent covering of grass despite the very dry summer.

Local N.H. Court Inspector Peter Hobbs has been on hand to offer advice and work continues on a hardcore track leading into the racecourse. The fences will be built by Jim Squires so are bound to be up to his normal high standards.

Approximately 150 people attended the recent Open Day at Shelfield Park, and all were unanimous in praising the organisers for the huge amount of work that has been done on this new venue. Following a welcoming speech by Mrs Allen, Clerk of the Course Nick Pearce took visitors on a course walk.

The course is right-handed with a slight bank which provides excellent viewing. The 3-mile start is at the entrance to the back straight and the runners face a slight rise towards the first fence before continuing a steady climb to where the second fence is situated. The course then flattens out briefly before a steady descent to the third which is before a sweeping right-handed bend and the turn into the home straight.

The runners then face fences four and five before passing the winning post which is located just before the road crossing into the centre of the course. Fence six is located about halfway between the finishing post and another sweeping bend where fence seven is located. The runners then pass their starting point and continue for another circuit and a half to complete what is estimated to be just over 3 miles in distance.

Finding a new racecourse and having the will and commitment to turn dreams into a reality is always hard work, but the organisers of this meeting are now very close to reaping the benefits for all their efforts and ensuring Shelfield Park meets it true potential over the coming years.

One thing is sure it won’t be for lack of trying and it is a worthy replacement for their old venue.

Put the date in your diary 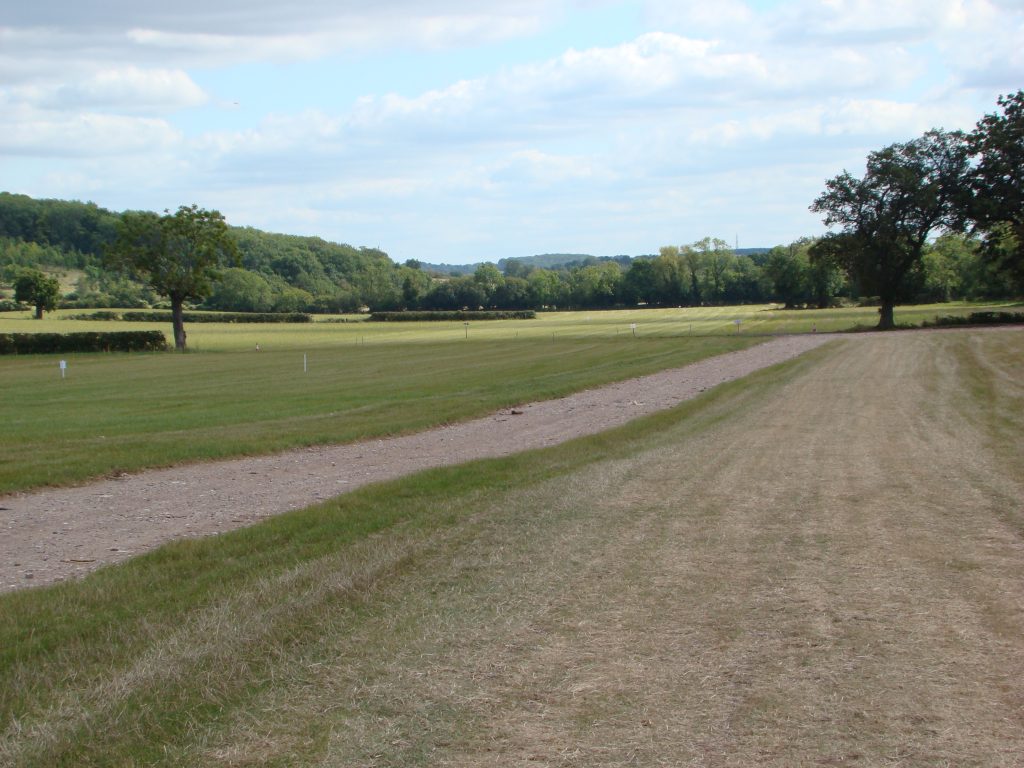 The track leading to the course, visitors turn left handed by the tree to the right of the picture. Markers to the 6th fence are visible in the foreground 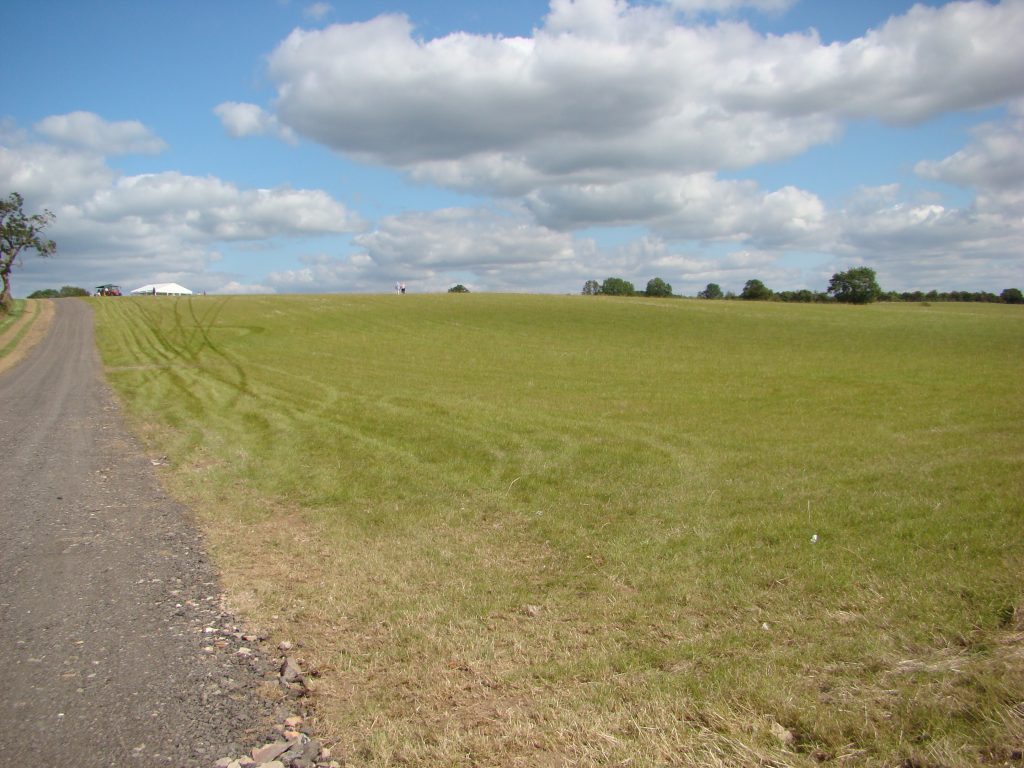 The track leading uphill towards the centre of the course 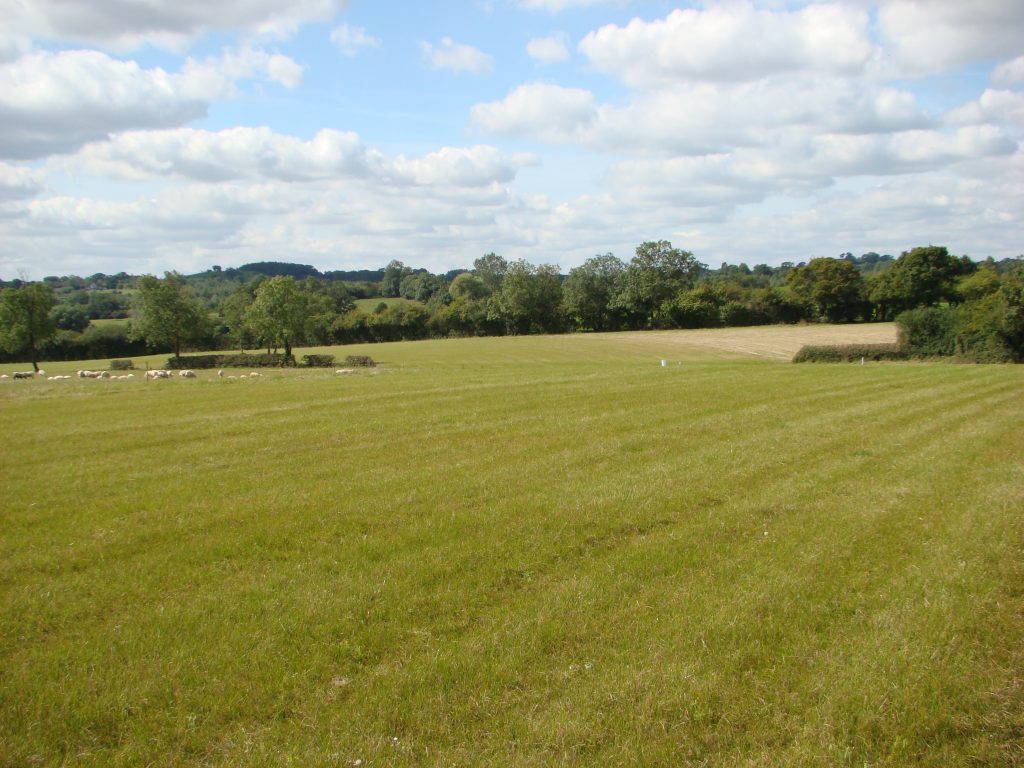 The start is at the entrance to the back straight, markers for the first fence are just visible in the middle of the picture 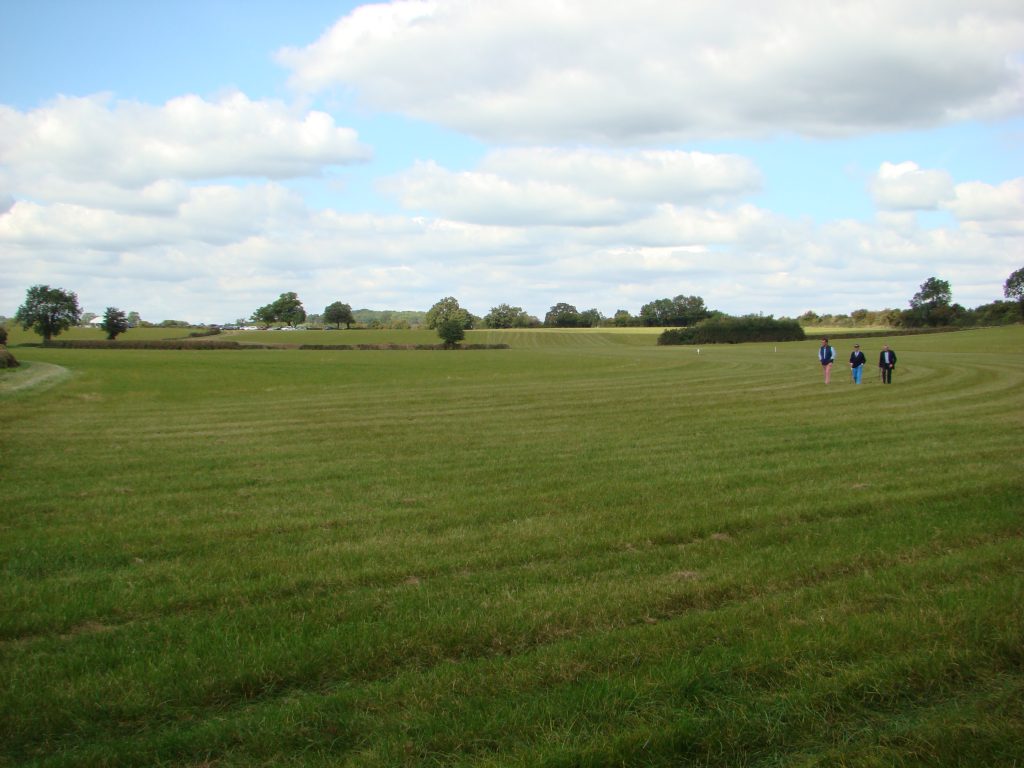 The end of the back straight, with the marker posts for fence 3 just visible to the left of the three people walking 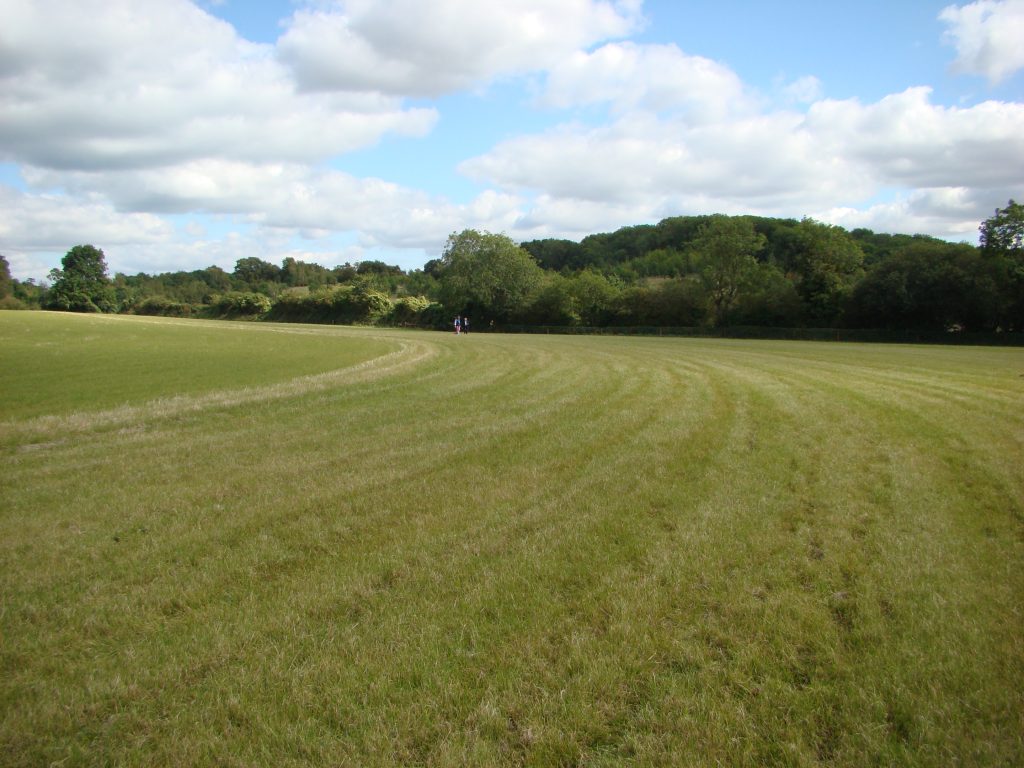 The bend into the home straight 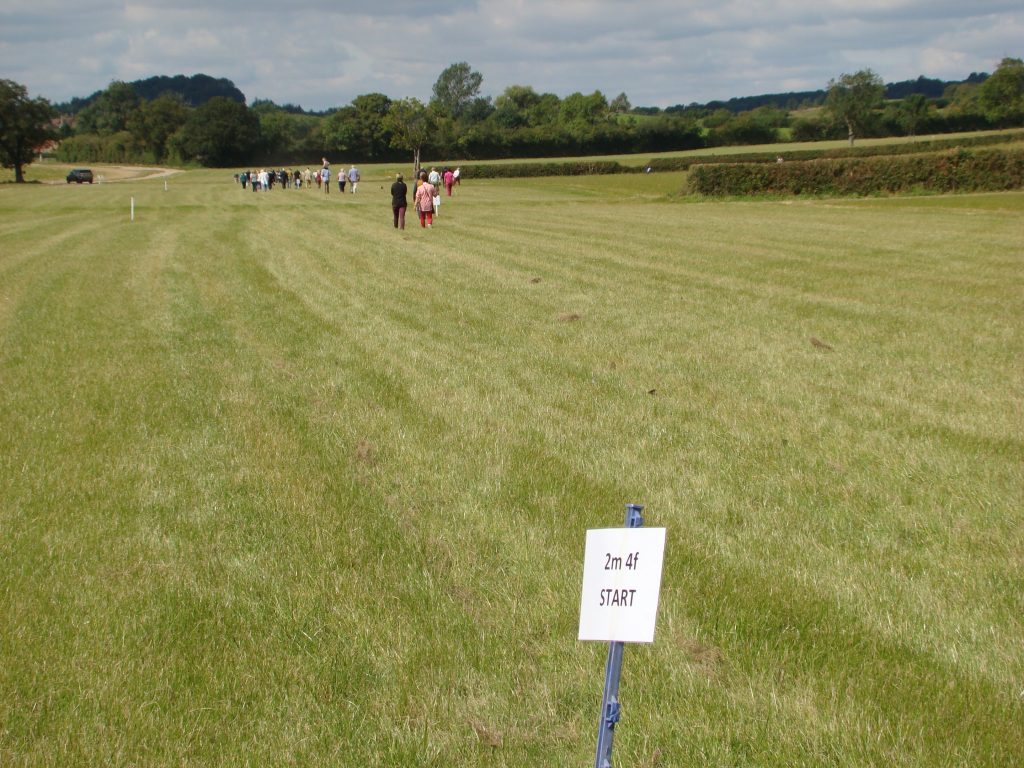 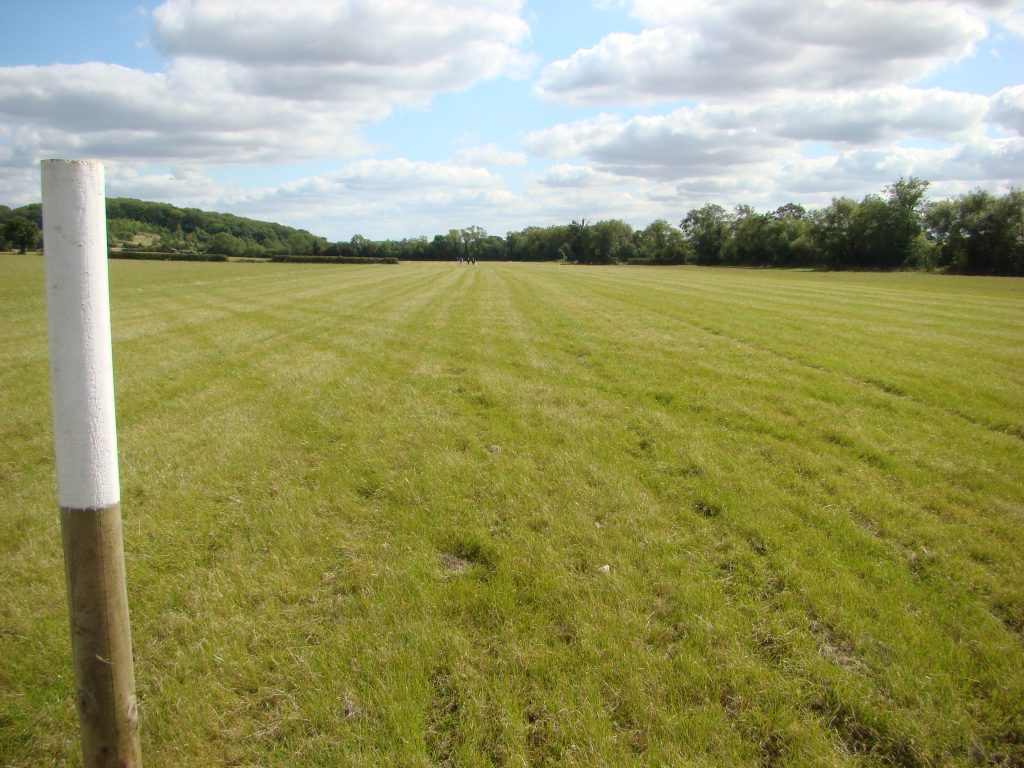 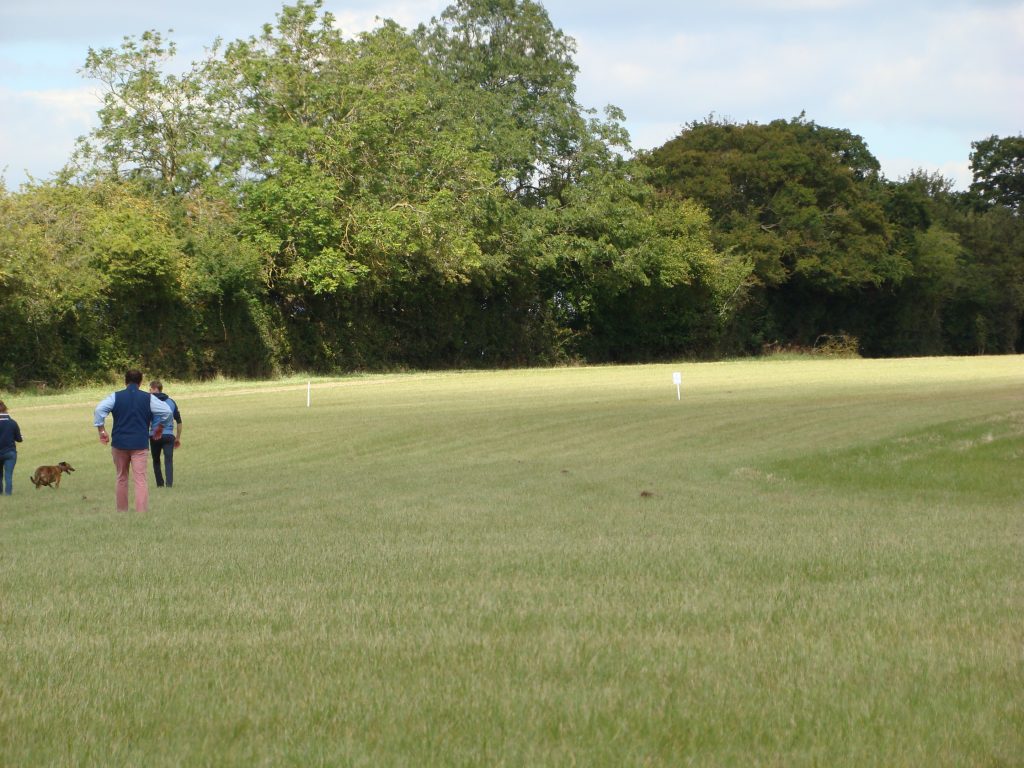 The bend out of the home straight looking towards the 3-mile start, with the posts for fence seven visible in the middle of the picture 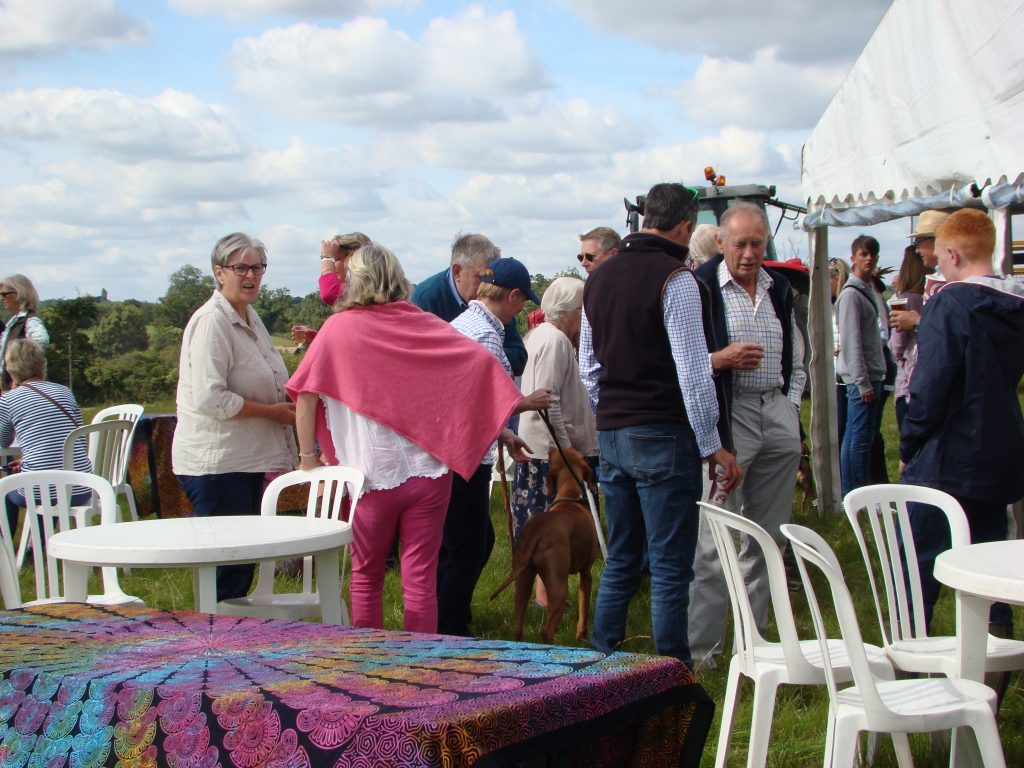 Some of the numerous visitors enjoying the organisers hospitality 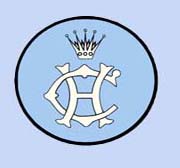 The Croome & West Warwickshire Point-to-Point makes a welcome return to the West Midland schedule in 2020.

This fixture took place at Ryalls Court, Upton upon Severn for over 130 years, but following the loss of this historic course, a temporary move was made to Maisemore Park in 2018.

Organisational problems meant the meeting could not be held the following year, but that allowed them to concentrate their efforts on a new course at the home of Joint Master Patty Allen at Lawnsbrook Farm, Shelfield.

Initial reports suggest the Shelfield Park course will be right-handed and on a slight bank with excellent viewing.

Pig roast and refreshments upon return

The 2019/20 Point-to-Point season pre-Christmas and New Year fixture races have been released as a provisional guide only, so that Owners and Trainers can start to plan their horses’ training and early season campaigns.

The document contains the proposed races that the 11 meetings in November and December wish to hold, and details the Hunter Certificate registration deadlines and Entry deadlines for each, so that you can ensure you have all the necessities in place to make the most of your season!

It is important to note that these races are not confirmed until they have been ratified by the British Horseracing Authority (BHA), which will not take place until their board meeting held in early September, however it would be hoped that there would minimal if no change to the proposed.

You can view the document using the following link: