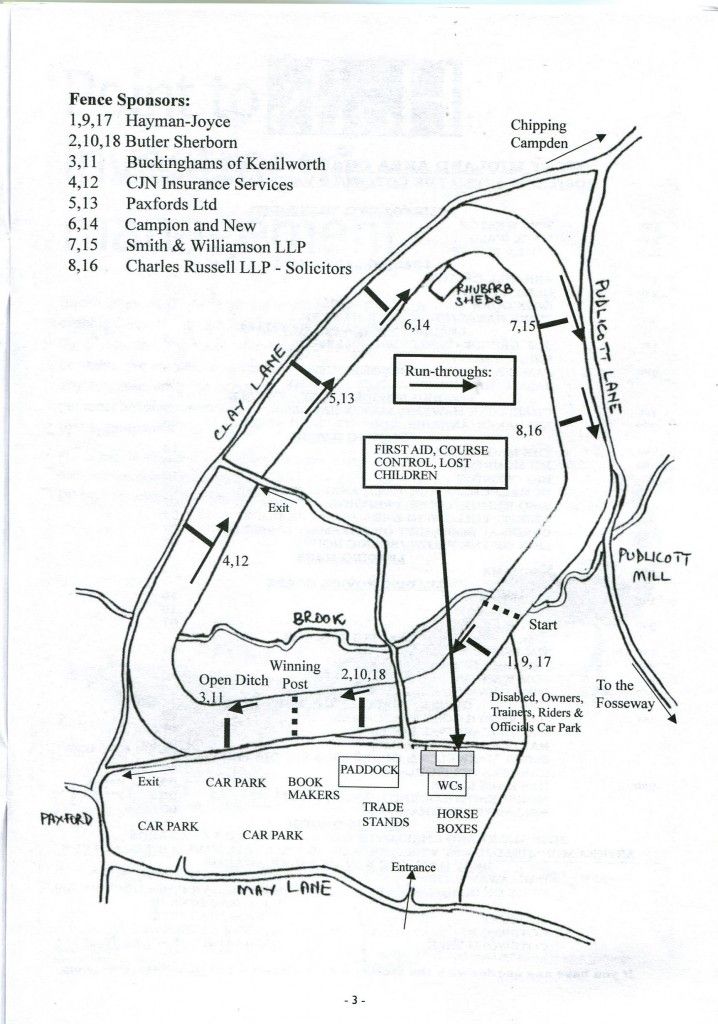 Following the loss of Springhill a great deal of time, effort and preparation went into the development of this course due to the generosity of hunt stalwart Geoff Adams.

Car parking plentiful (and needs to be) and viewing is excellent from almost anywhere on the course. Prior to 2002 races were run left-handed but the course direction changed that year.

Runners start with their back to the stream and have a relatively short run to fence one before taking a right-handed turn into home straight where they meet fence two.

They race past the winning post to meet fence three before turning right handed and running slightly downhill where the course flattens out and the runners meet fences four, five and six.

They disappear momentarily behind the rhubarb sheds at the far end of the course before turning right-handed towards fences seven and eight.

Immediately after fence eight they race briefly slightly right handed before straightening up and racing past the start to negotiate fence nine.

Short run to last fence from final bend so crucial to get the inside line between penultimate and last fences.