THE 2020 MEETING HAS BEEN ABANDONED

This new course has been created from scratch following the closure of the old Croome & West Warwickshire course at Ryalls Court, Upton-on-Severn in 2017, its home for the previous 130 years.

The course is based at the Croome and Warwickshire’s long serving Joint Master Patty Allen’s Lawnswood Farm, Shelfield which is approximately half way between Studley and Wootten Wawen.

The venue is approached via minor country lanes so for its inaugural meeting it is suggested visitors allow themselves plenty of time as the venue is being used for the first time and traffic management processes have yet to be tested.

The map below has been provided to give visitors an idea of the lay out of the course – a more detailed map will be provided in due course. 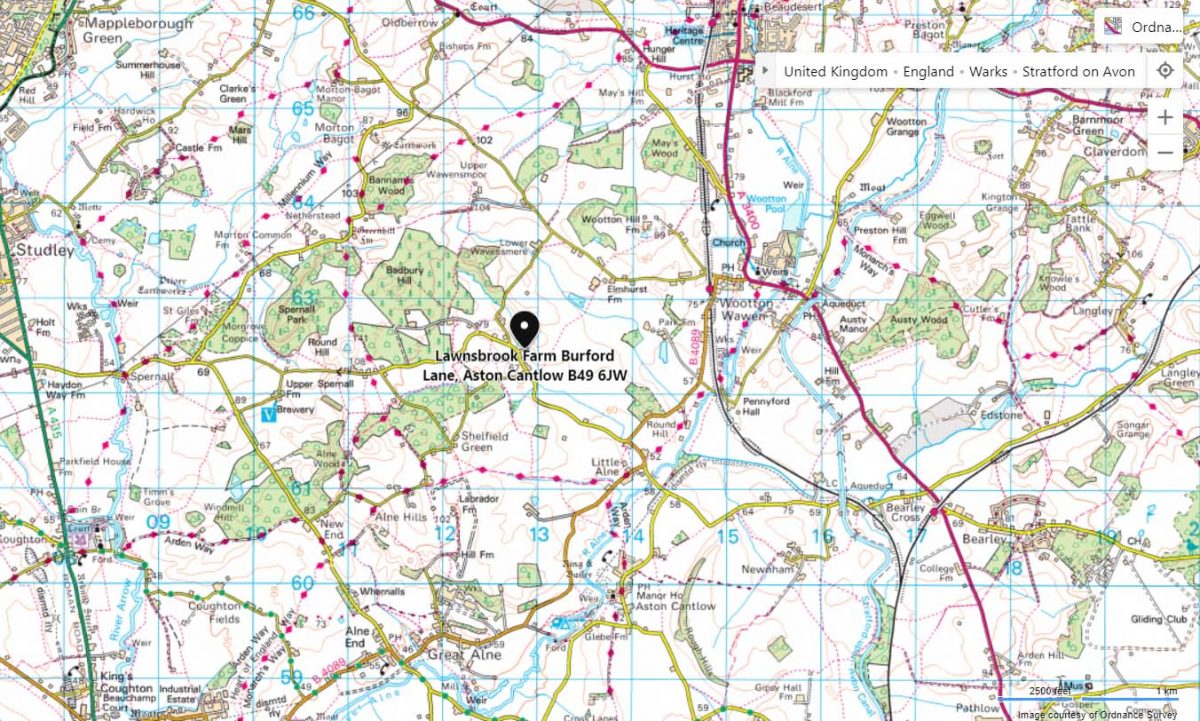 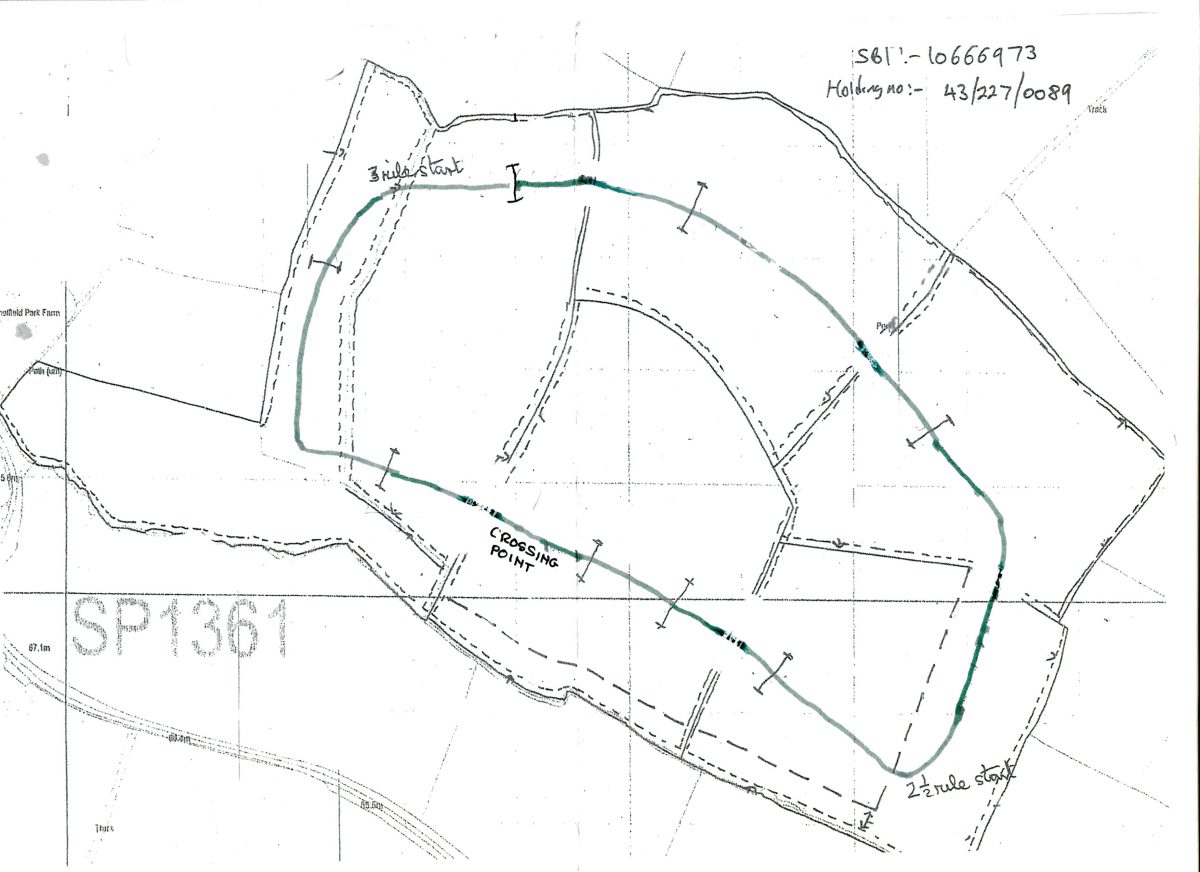 This course will be used for the first time on Saturday 21st March 2020. There is a solid track which leads into the centre of the course.

The course is right-handed with a slight bank which provides excellent viewing.

The 3-mile start is at the entrance to the back straight and the runners face a slight rise towards the first fence before continuing a steady climb to the second fence.

The course then flattens out briefly before a steady descent to the third which is before a sweeping right-handed bend and the turn into the home straight.

The runners then face fences four and five before passing the winning post which is located just before the road crossing into the centre of the course.

Fence six is located about halfway between the finishing post and another sweeping bend where fence seven is located. The runners then pass their starting point and continue for another circuit and a half to complete what is estimated to be just over 3 miles in distance.