The citation for the Jim Mahon Award is as follows

“Point to Pointing would simply not take place without the legion of supporters whose efforts make things happen and the Jim Mahon Award,  announced each year at the PPORA Grassroots Awards Lunch, is an opportunity to recognise a sustained contribution to the success of our sport over time”.

This year’s Award went to Clive Bennett who has been involved with the sport since 1987 and recently saw his colours carried to victory for the 99th time.

Anybody who knows Clive recognises  he gets emotional at times and this Award had been a well kept secret so came as a complete surprise.

Well done to both. 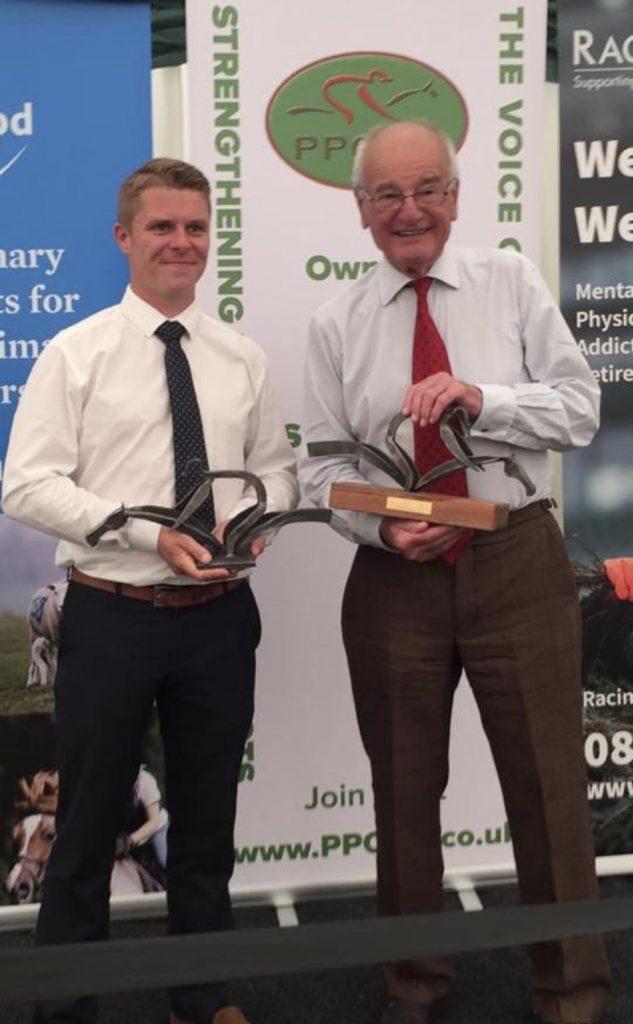