It is becoming increasingly difficult for smaller stables to be competitive as the sport has tilted away from them over the last decade. It requires a great deal of time, effort and commitment to try and match the exploits of the bigger yards, who have facilities their smaller rivals can only dream of.

For most of the time, it seems the small family establishments are tilting at windmills so it was refreshing to see Chief Sittingbull proving that it can be done by getting the better of his solitary opponent and odds on favourite Lilith in the 2-1/2 mile Maiden.

The 6-year-old had run under rules for Tony Carroll earlier in the year but is now in the care of the Worcestershire based Bowen family, with the family matriarch Sue responsible for the training while her daughter Sarah undertakes the jockey’s duties.

Sarah was keen to make use of her mounts experience against the Phil Rowley runner Lilith who was making her racecourse debut but was in receipt of a 21 lb allowance.

Despite the odds stacked against him Chief Sittingbull was more competent than his rival at the early obstacles and that put the favourite at an immediate disadvantage.

Bowen’s mount was 2-lengths clear on the final bend and it was immediately obvious that Lilith was struggling to stay in contention and Bowen only had to push her mount out with hands and heels to confirm their superiority on the flat. 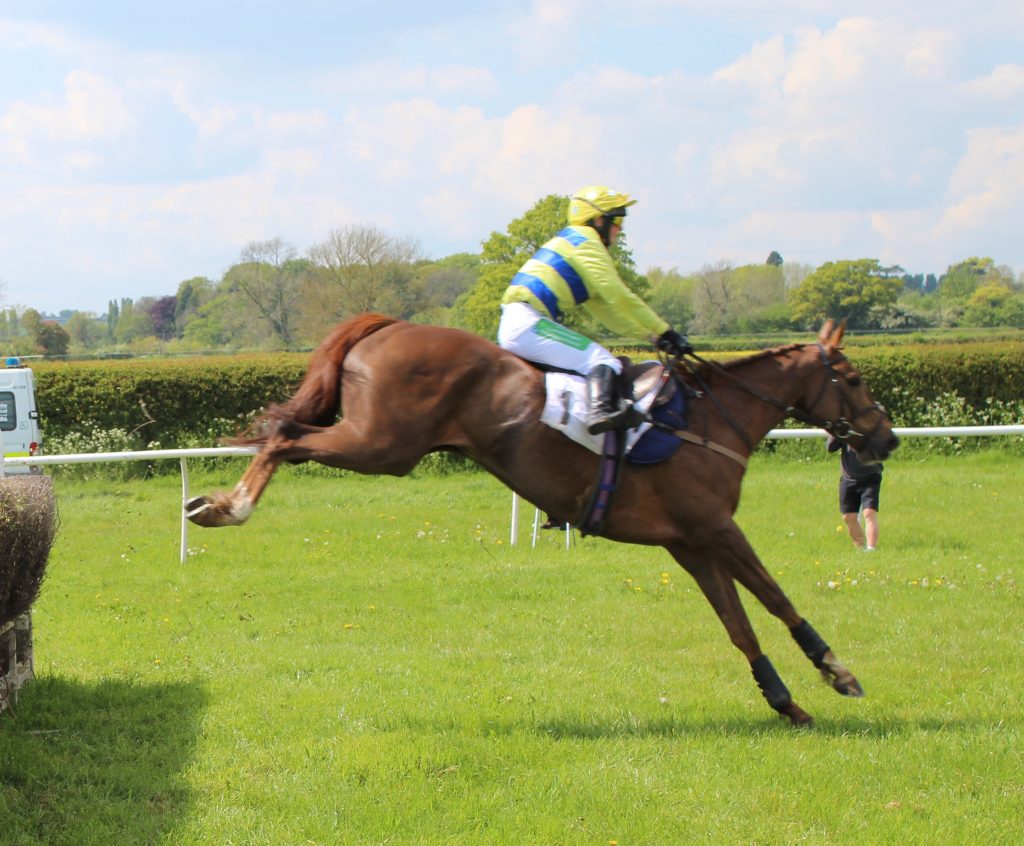 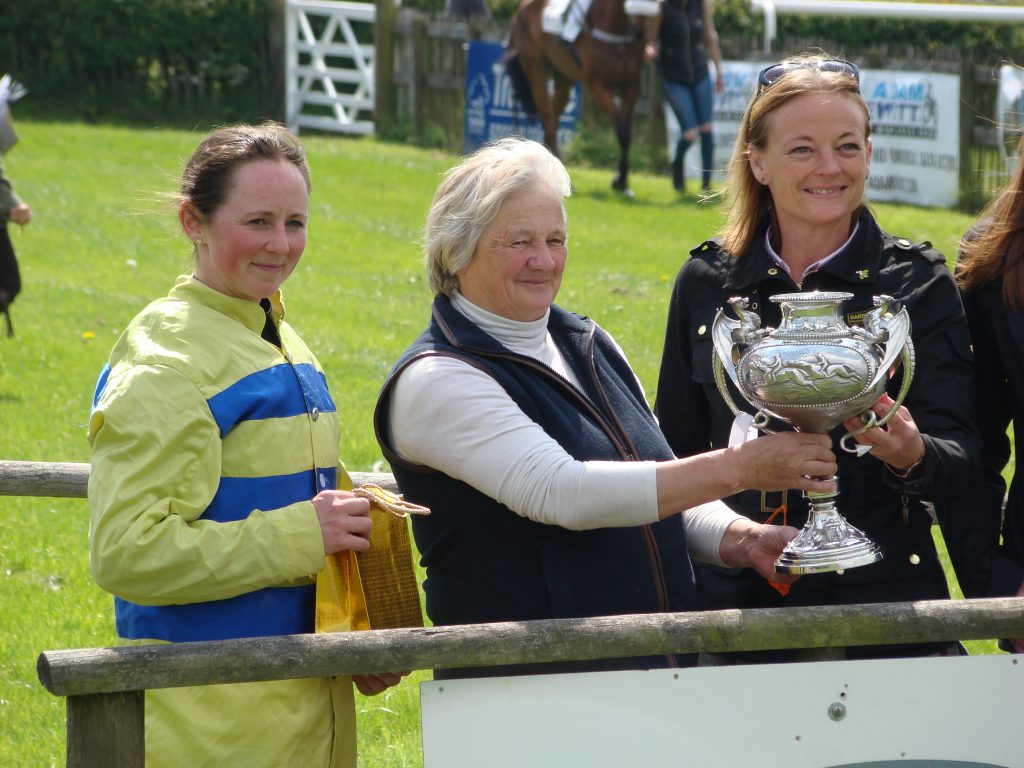 Having been out of luck in the second race, Rowley and jockey Alex Edwards teamed up to take the 3-mile Maiden with The Odissey.

The 4-runner race was immediately reduced to 3 when Mahler Hill departed at the 1st, and the race became a match when Dover the Moon went at halfway. Round Robin had adopted his customary front running tactics prior to that but a mistake at the open ditch soon put him on the back foot.

The Odissey began to drew clear climbing the final hill and increased his advantage in the closing stages which meant that Round Robin was placed for the 18th time.

Things have really turned around for Laverton trainer Emma Alvis in recent weeks and her winning run continued following Rye Cross’s success in the Mixed Open. Diamond King was installed as favourite and that support looked justified when he came through to dispute and then take the lead at halfway.

Phine Banks’s mount was then passed by Tjongejonge on the climb to the home turn and the outsider of the field was still in front approaching the penultimate. 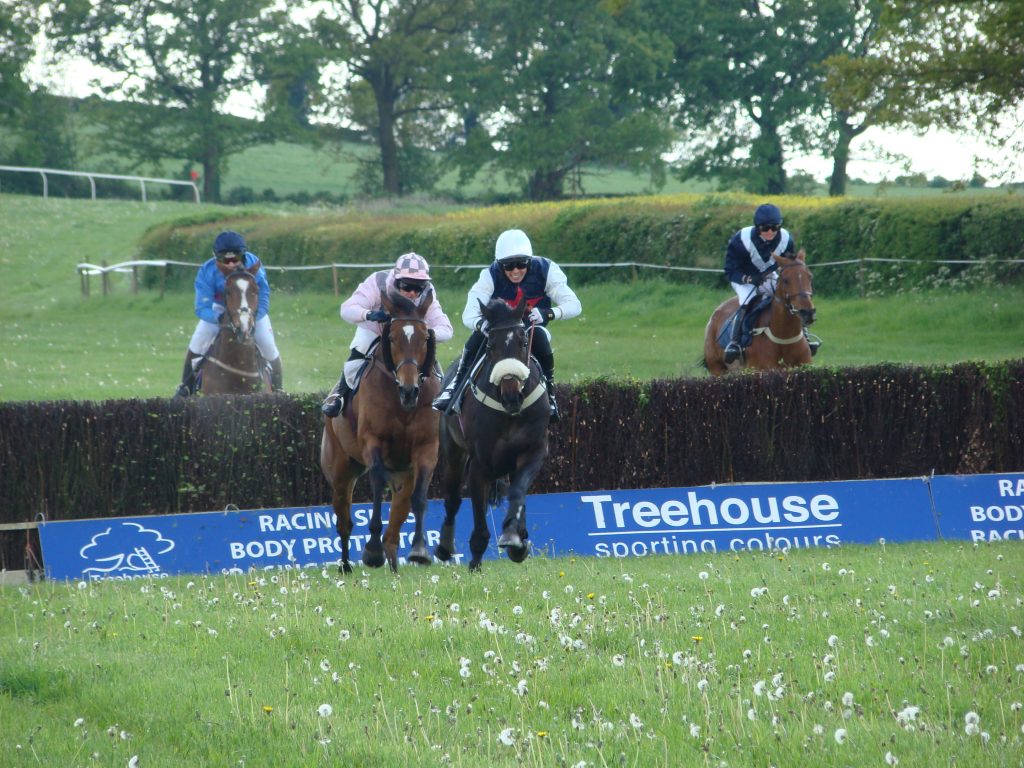 Another shock result looked on the cards as James Martins mount led Rye Cross who had passed the weakening Diamond King early in the home straight but Sam Jukes produced Rye Cross to challenge at the last before inching away from his rival on the flat. 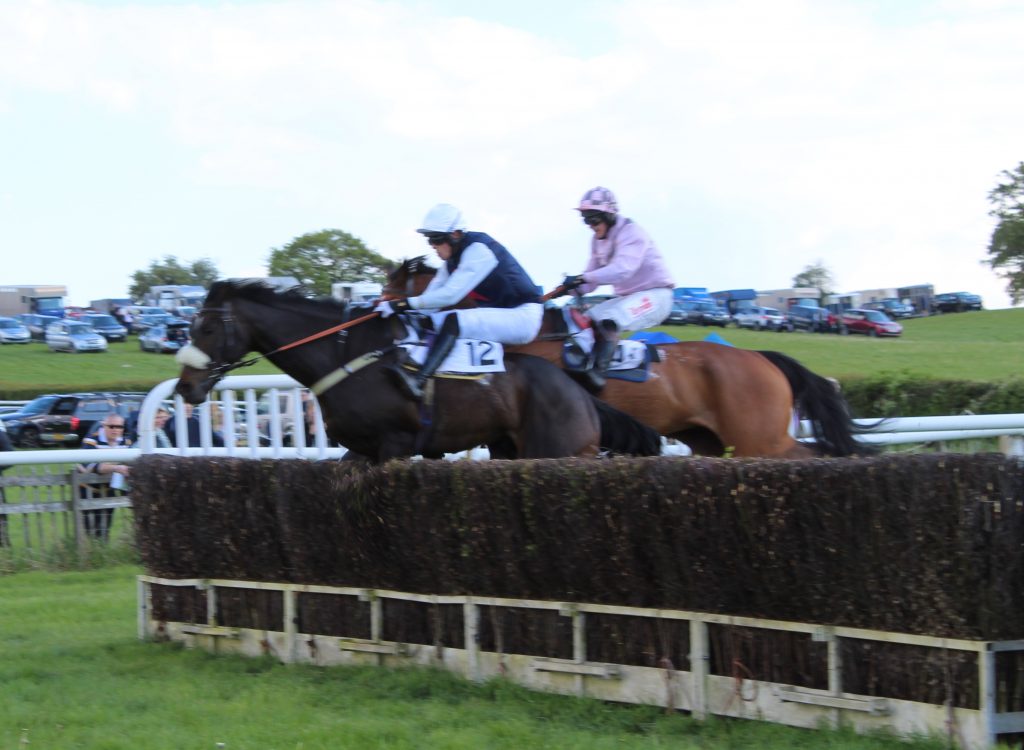 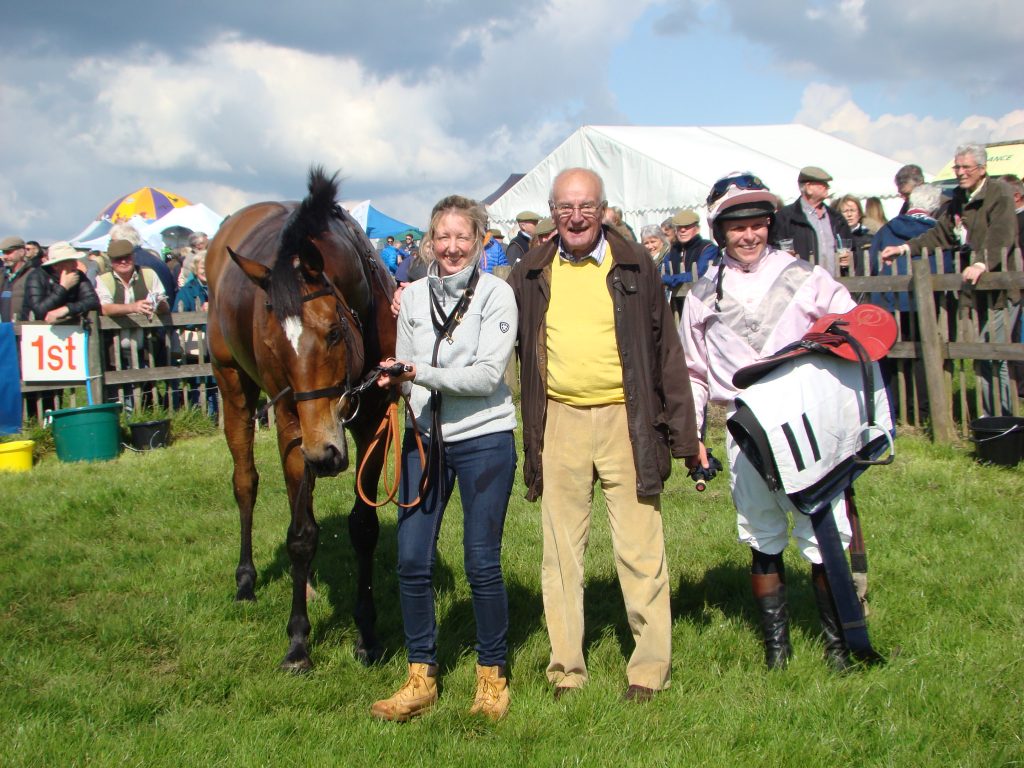 The Dymock based rider then teamed up with Stone in the 10-year-old and over Conditions, where they faced a formidable rival in Ballyboker Breeze. These two had a significant advantage over their rivals down the back straight with Stone maintaining a 2-length gap until Zac Baker produced his mount to grab the lead between the final two fences. 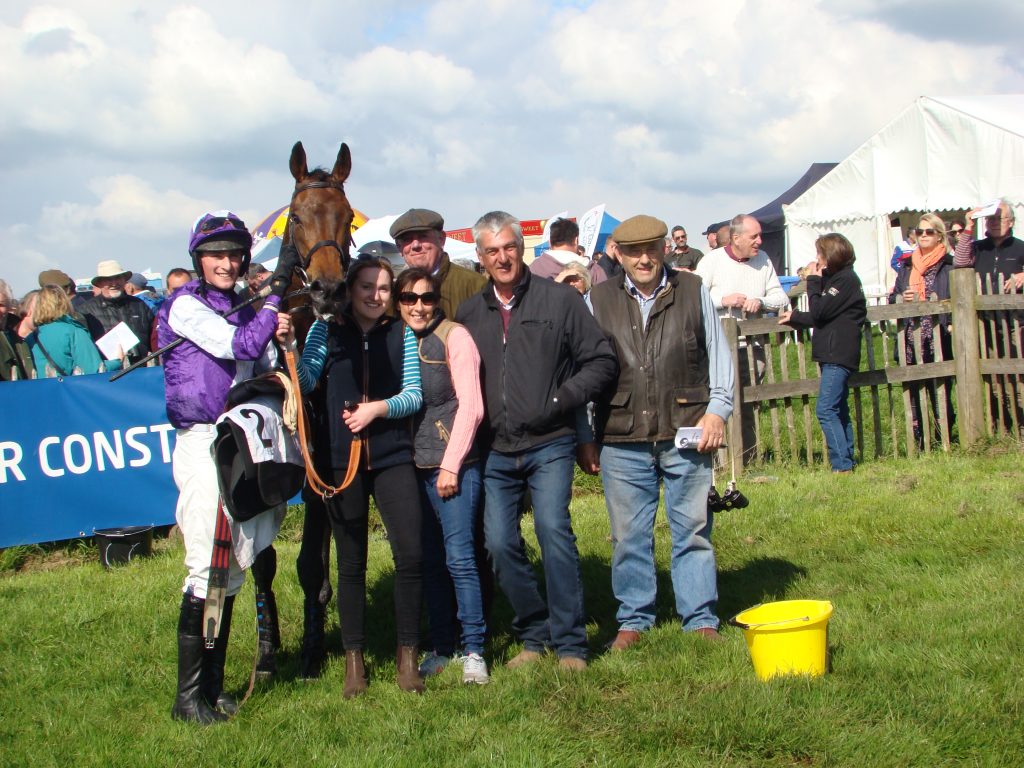 The 11-year-old was adding to his already impressive tally since he joined Jo Priests Holdfast stables near Upton on Severn at the start of the season.

Lucy Turner was content to let others cut out the donkey work during the first half of the Restricted but she moved Hott Lips closer to the action down the back straight.

Rules of War held a narrow advantage climbing the final hill but Lucy timed her run to perfection with her mount joining the leader at the last before going clear on the flat. 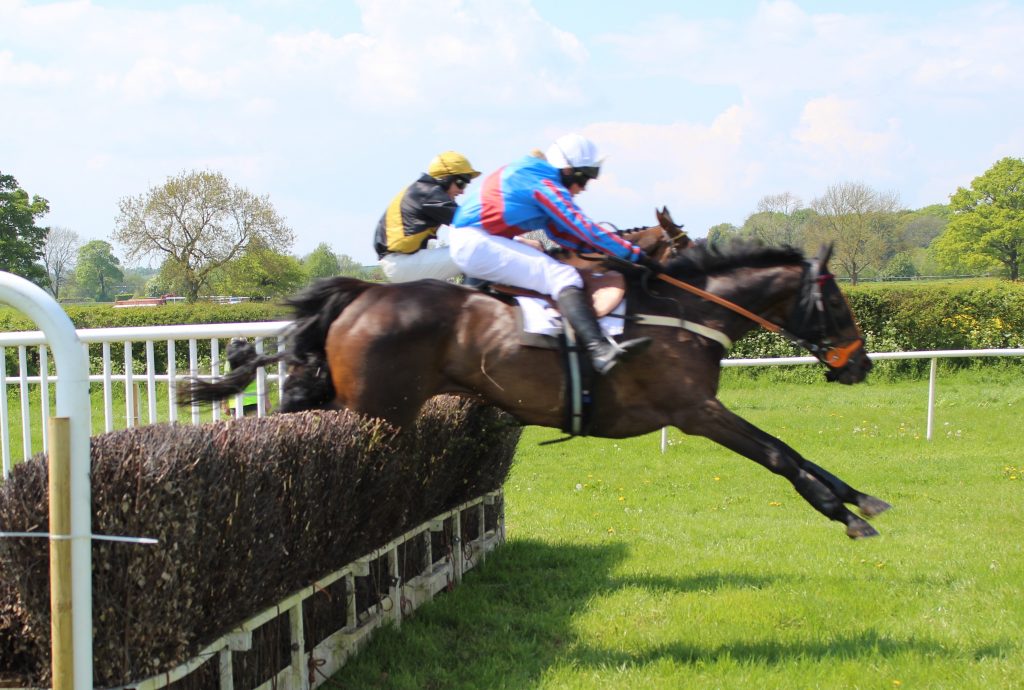 This was another family affair with the winner carrying the colours Stratford on Avon based Richard Evans. The home bred mare is trained by his son Sam and was following up her success at Barbury earlier in the season. 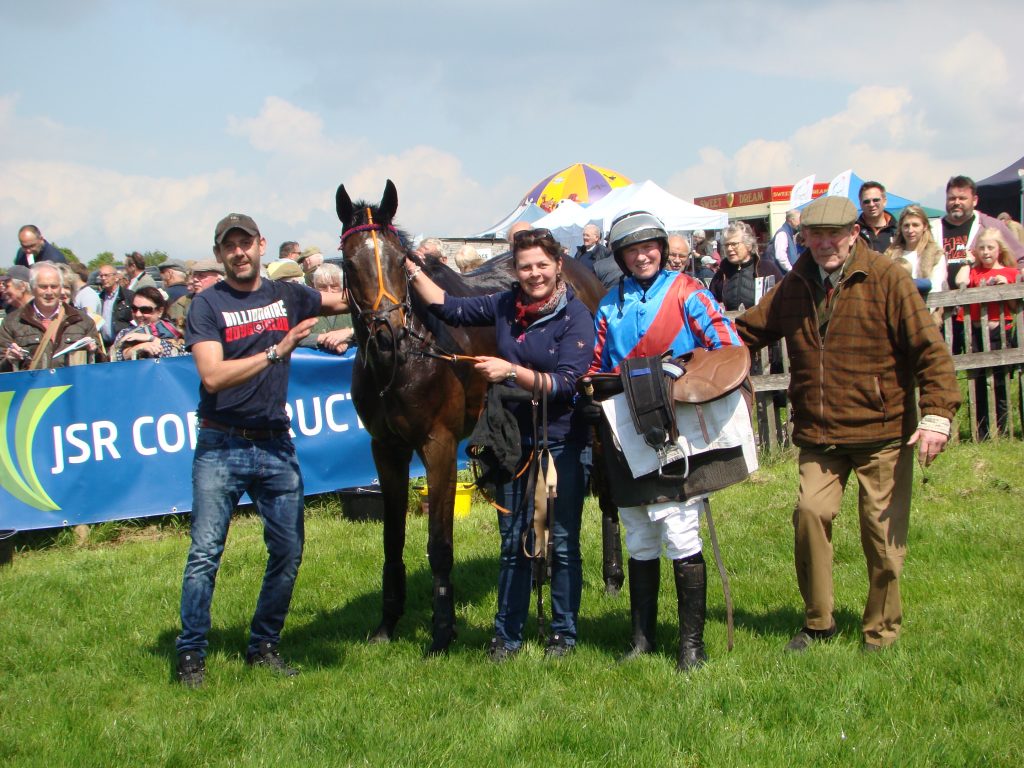 Novice Riders races are always extremely popular and competitive but bookmakers were having difficulty separating the two main protagonists Black Jack Rover and You’re the Man. Sam Canning set out to make all the running on You’re the Man but Harry Homer never let the winner out of his sights and came through to dispute the lead at the fourth from home.

You’re the Man made a valiant attempt to get back on terms in the straight but Black Jack Rover proved far too strong for his rival as they raced towards the judge.