The sport is indebted to connections who drive long distances in an attempt to win prize money that will barely covers their travel costs, but many are prepared to do so judging by the results from Ffos Las and Wadebridge.

It is a long trek from the West Midlands to Ffos Las and even further to Wadebridge but those that undertook those endeavours were rewarded as they searched for and achieved success.

Ffos Las provided rich pickings for the Area with four successes at the Carmarthenshire meeting, while the Jo Priest trained and James Jeavon’s ridden Phoenix Park proved too strong for the opposition in Division II of the Cornwall Hunt Club Maiden.

A pre-race assessment of the Mixed Open at Ffos Las indicated a competitive race with Wishing and Hoping facing opposition from 11 rivals who included Aqua Dude, Midnight Folie, My Murphy and Rye Cross.

Phil Rowley’s Dudley Cup winner jumped into the lead at the 2nd and proceeded to put all his rivals firmly in their place. Alex Edward’s mount was three lengths clear of Rye Cross passing the judge for the first time and continued to extend his lead as the opposition started falling out of contention. 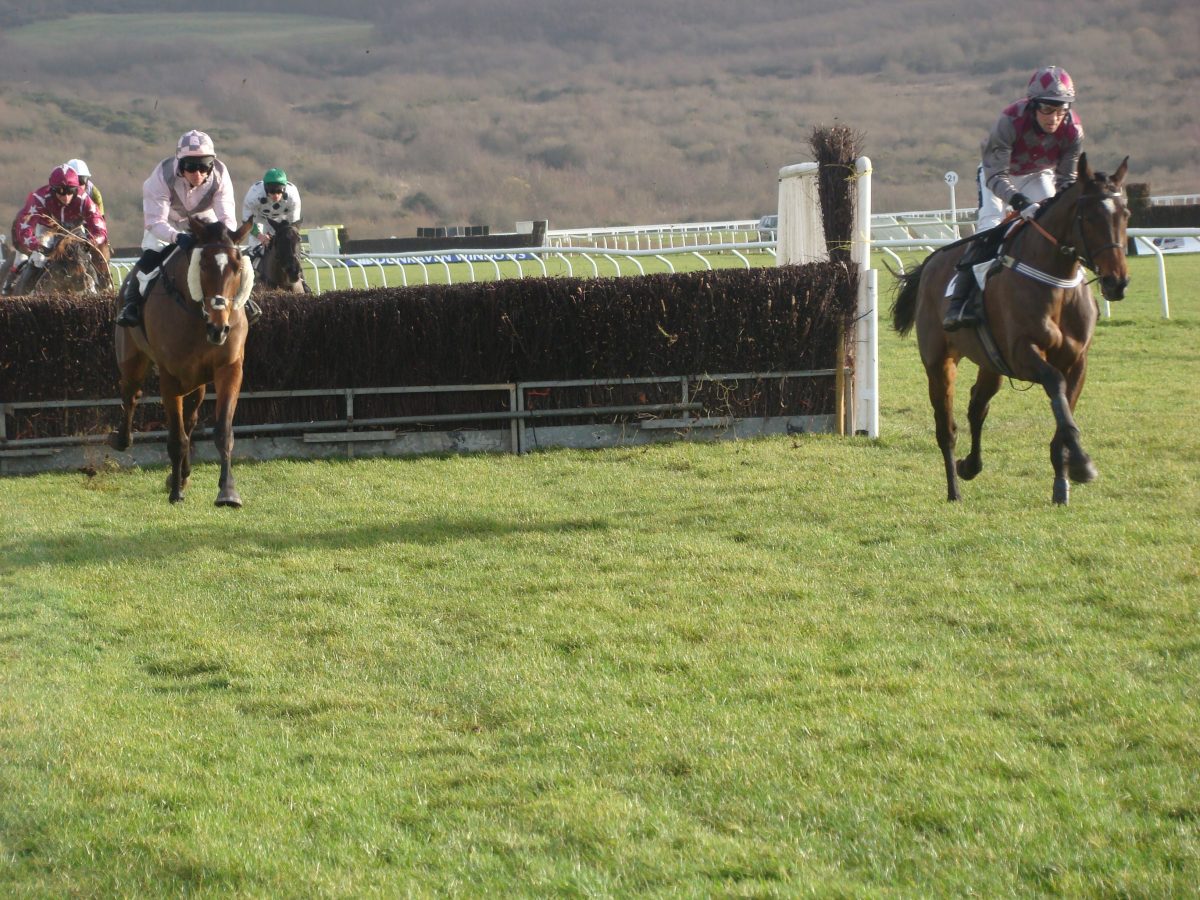 Wishing and Hoping gained lengths at every jump but Aqua Dude and Midnight Folie were still in with a fighting chance as they turned for home although their pursuit was in vain as Alex Edwards kicked on again as they straightened up for the judge.

The opposition (with the exception of My Murphy) pulled up at regular intervals in the home straight and when Albi Tufnell’s mount declined to jump the last, the favourite was left to finish alone. 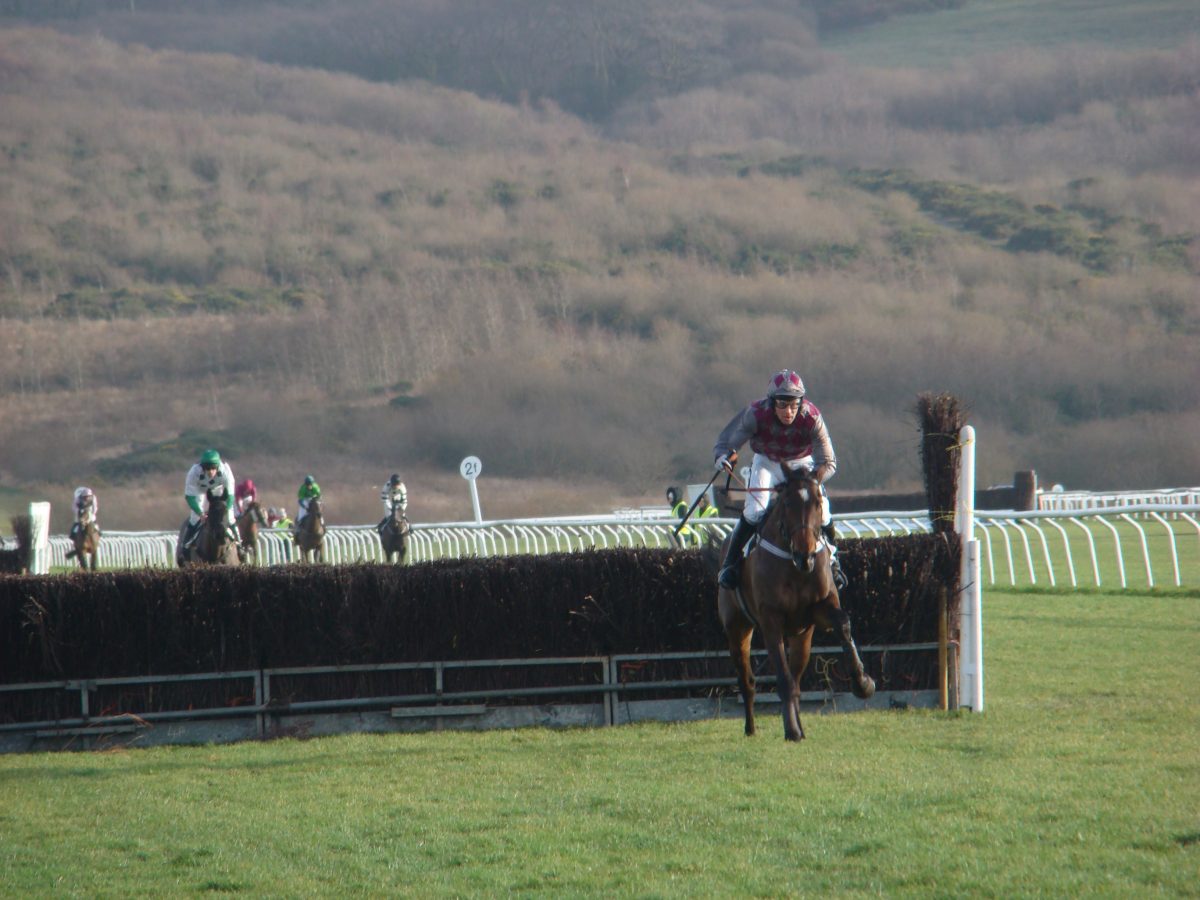 Most people agreed it was the best performance they had seen in Point-to-Points for several years with the Morville trained gelding destroying the opposition and putting in a performance that brightened a dull winters day. 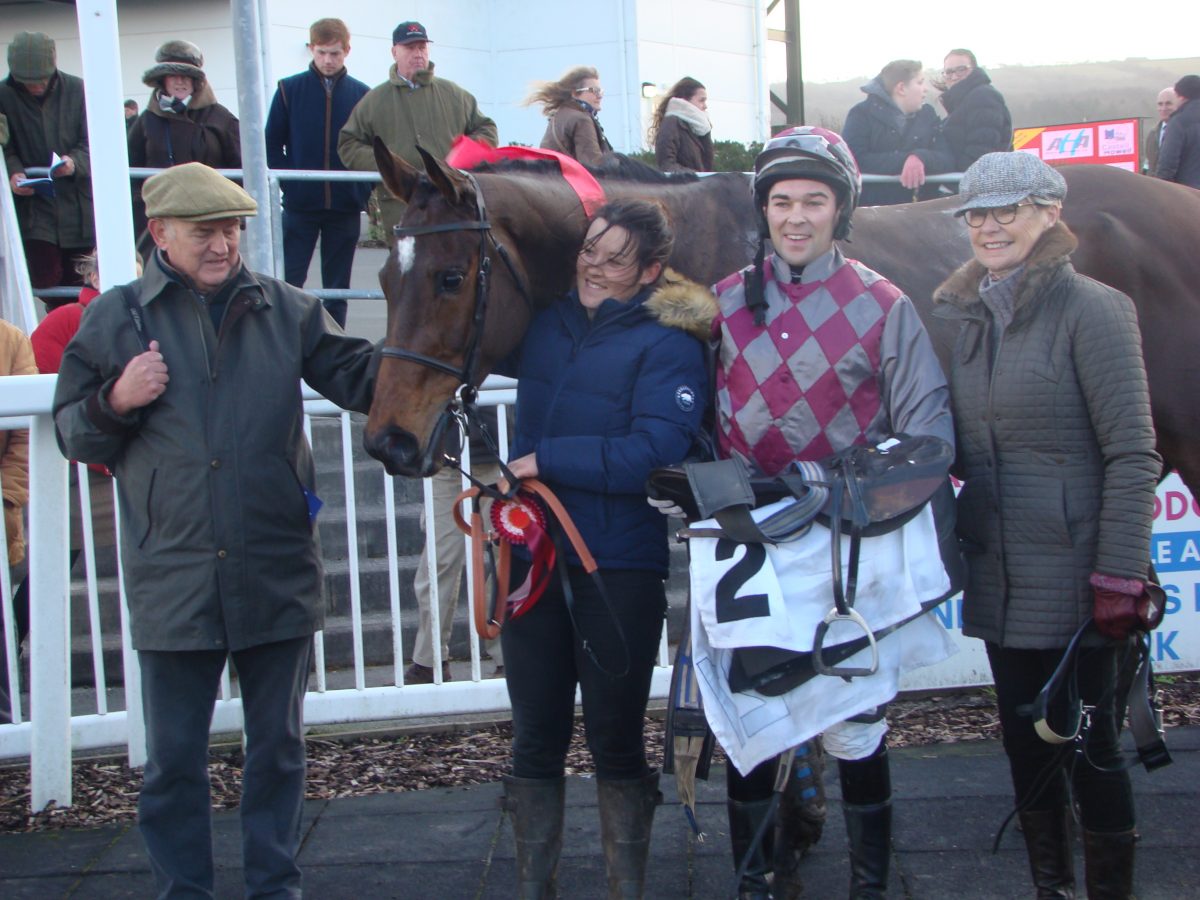 “He tanked along and was enjoying himself” stated the jockey and was “certainly much better than the opposition on this ground”.

Droitwich trainer Max Young has transformed Taboo since she joined his stable after a 25-race losing sequence in Ireland. She finished third at Cottenham in the middle of November and her fitness proved an advantage when she took the Jockey Club sponsored Mares Maiden under Kai Lenihan.

Despite the testing conditions enterprising tactics proved beneficial with Taboo leading from the start and gradually extending her advantage down the back straight.

She put in an exemplary round of the jumping which could not be said for some of her rivals, although joint favourite Nerual flattered briefly in the home straight, but Taboo’s fitness than came into play and she forged further clear over the remaining fences. 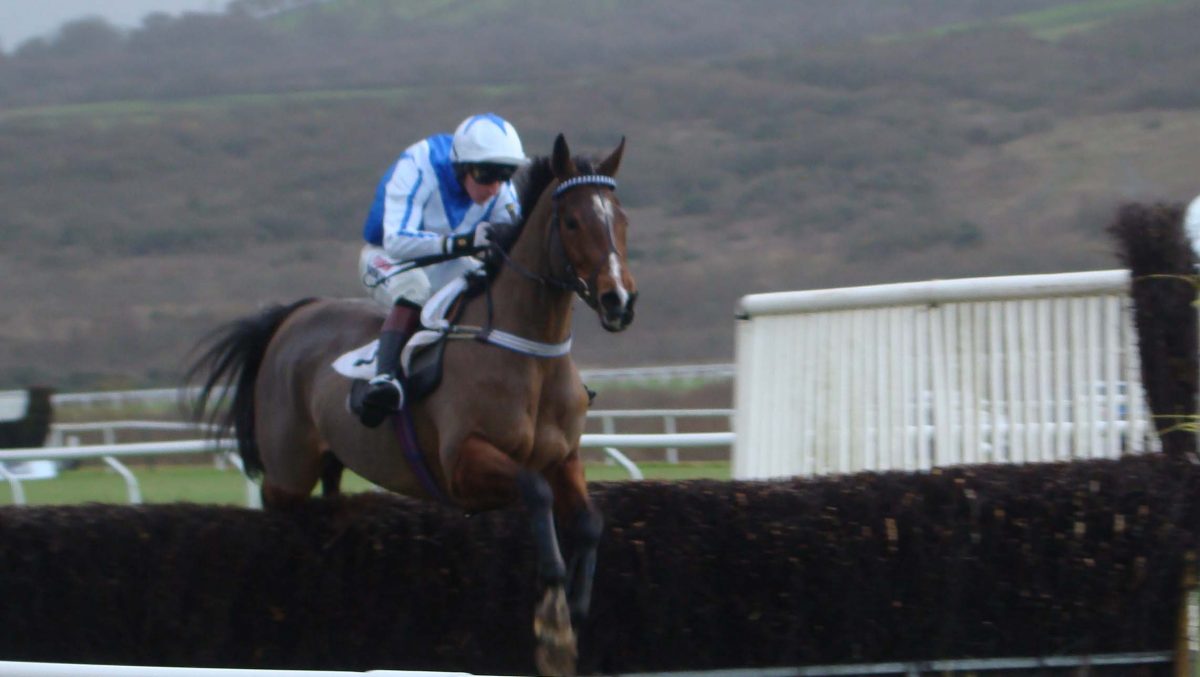 TABOO CLEARS THE LAST TO CLAIM HER FIRST WIN

“She ran plenty of times in Ireland and I am still finding out about her. I have no idea what ground she wants, but she seemed to cope with this. She was sourced by Tommy Dowling and was a cheap purchase so we will keep her going and see where we end up in the Mares Series” explained the trainer afterwards. 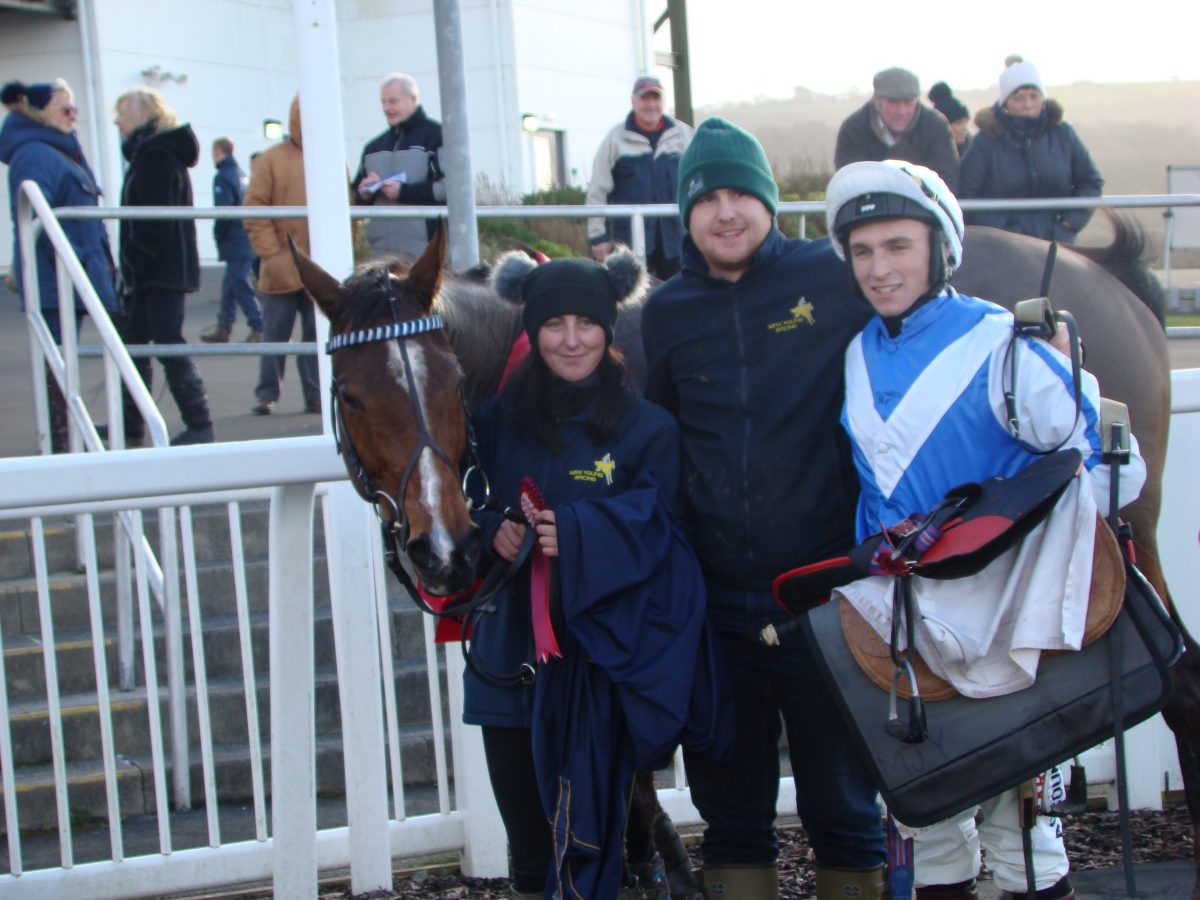 Clive Bennett and Sam Jukes are still basking in the owner’s 100th winner at Larkhill last weekend and Showmetheway fulfilled last season’s promise by staying on dourly to land the Restricted.

Jukes was keen to get the mare out of the blocks and she figured prominently over the first couple of fences but was then settled just behind the leaders as Dr Kananga and Dramatic Pause vied for the lead.

These two horses were still in front as they turned back towards home, but Jukes had kept something in reserve and retook the lead from the hard-driven Dr Kananga at the next.

The mare began to hit full stride and with conditions taking their toll on the opposition she came to the last with an unassailable lead and Jukes was able to nurse her home in the stamina sapping conditions. 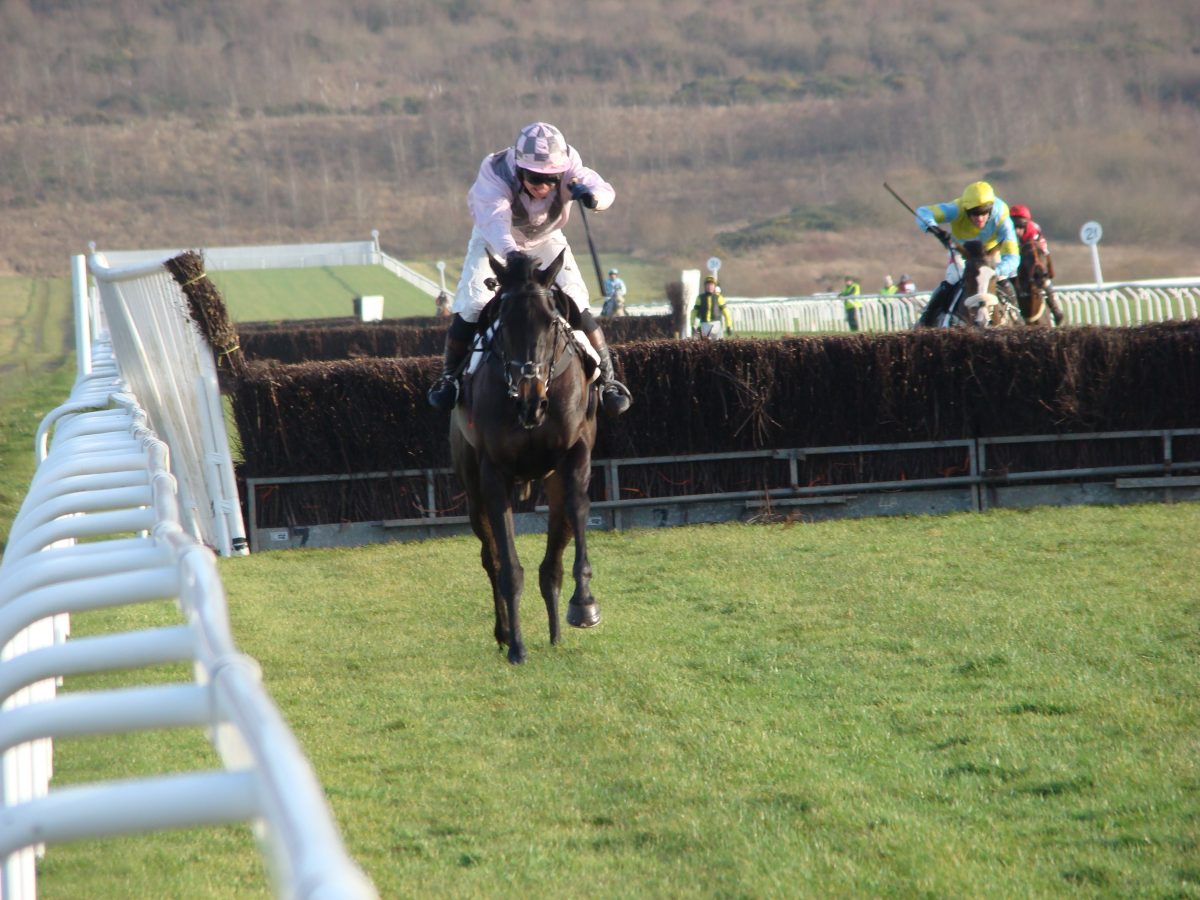 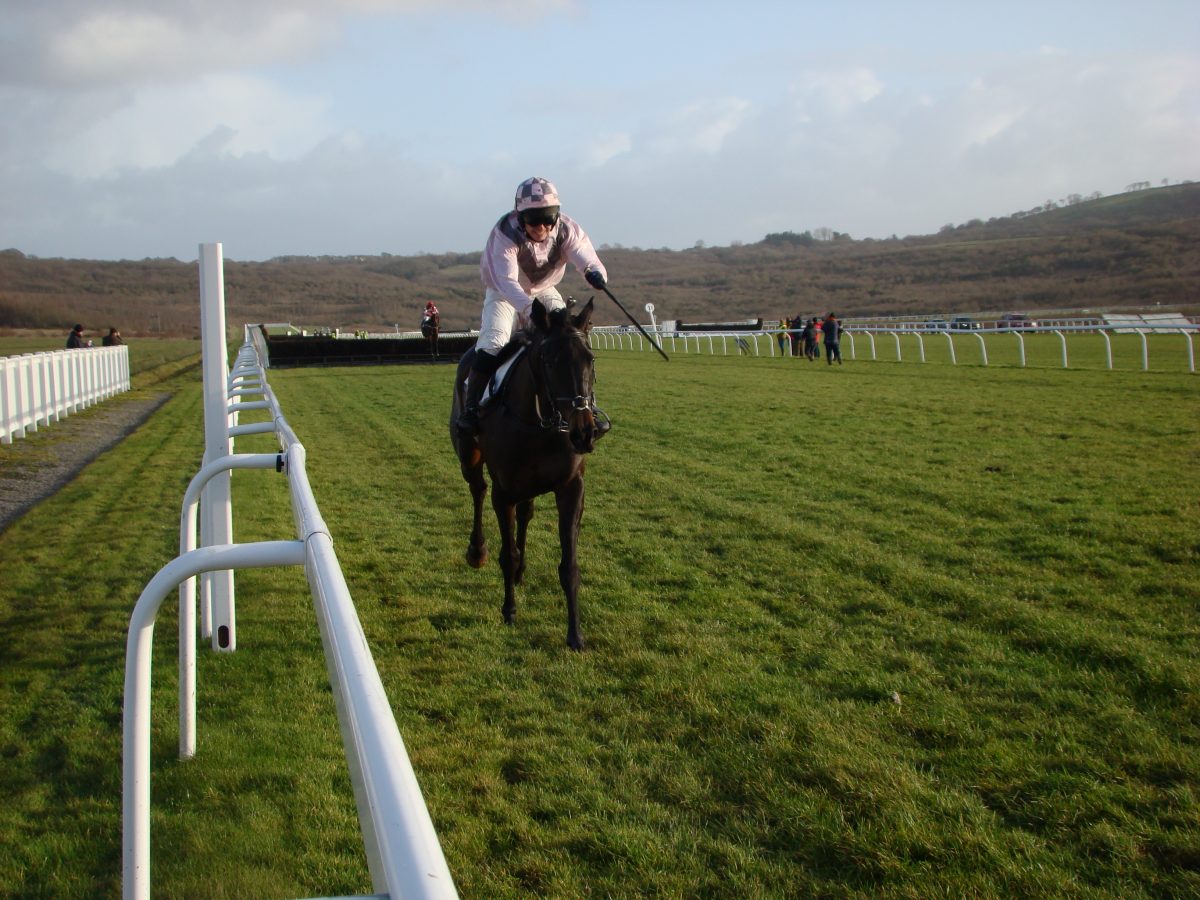 The mare was on her toes in the paddock and did her best to demolish the paddock railings. “She is always like that in the preliminaries. She’s a sister to Marcle Ridge”, commented Bennett afterward “and it was worth the long journey to get down here”. 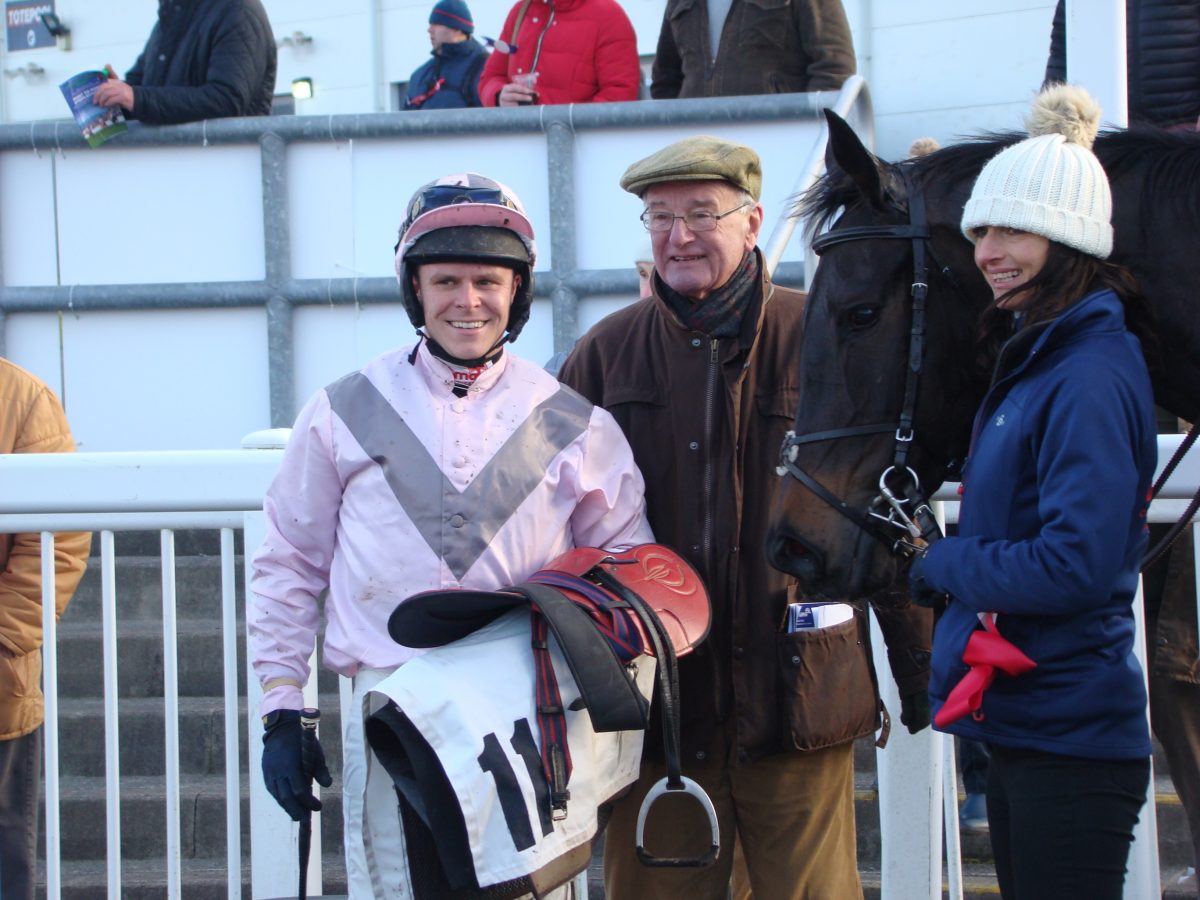 You would never have guessed it after the manner of their victory but 17-year-old Alexandra Ingram was having her first ride on Tom Symonds Ledbury qualified Kaki de La Pree in the Conditions at Ffos Las and was rewarded with a fairy tale success.

A Level Student Ingram was content to bide her time for the first circuit but began to make up ground steadily as they went out onto their final circuit and continued to catch the eye as they sat in the leaders slipstream all the way down the back straight.

Beggars Bush and Immy Robinson still held the lead at the final open ditch with Lisheen Prince and Captain McGinley in close attendance. The shouts from the supporters of these two fancied horses were cut short as they wilted in the soft ground, but Ingram’s mount had already taken command and was still full of running at the finish. 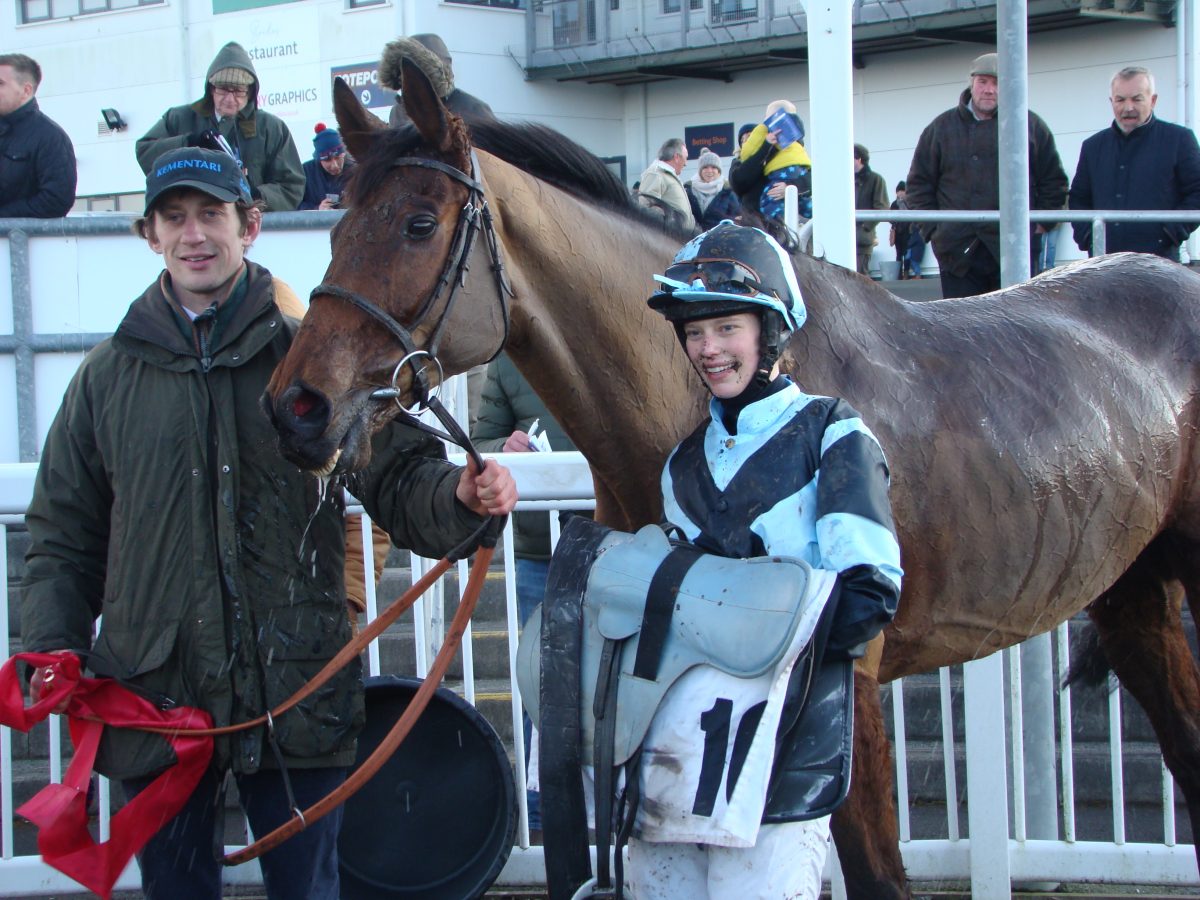 The Cottenham Maiden form is proving invaluable during the early weeks of the season, with Taboo (3rd) winning at Ffos Las while the horse that finished in front of her Phoenix Park travelled all the way down to Wadebridge to open his account.

The 7-year-old finished strongly on his seasonal debut and was required to do so again at the Cornwall Hunt Club meeting. James Jeavon’s mount looked beaten approaching two out but rallied strongly in the closing stages to get the better of Mustmeetforapint and reward connections for their 7-hour round trip from trainer Jo Priests Holdfast Stables near Upton-on-Severn.