Please be aware that the final race on the card of the Worcestershire Point-to-Point, the 7th race at 5.30, due to be held on Saturday 17th April is a bumper for four and five year olds, 11st12lb.

The condition stated within the race card currently, within the Planner supplement  ‘For Maidens which have run in at least two Point to Point Flat races (including Point-to-Point flat races) DOES NOT APPLY TO THIS RACE

The Correct conditions are: 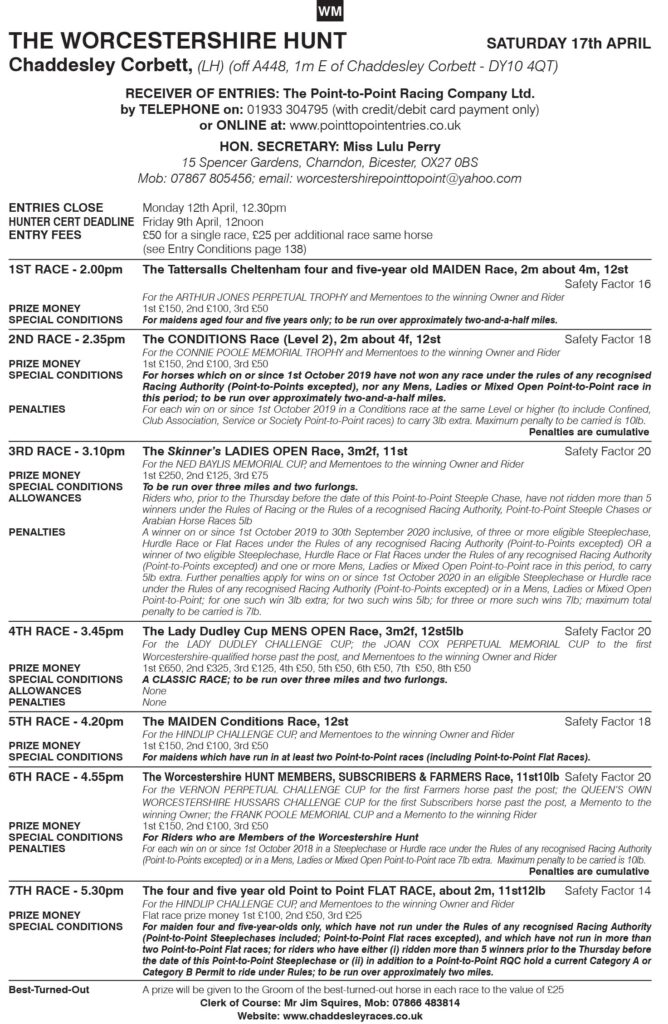 CHADDESLEY RACES An opportunity for Secretary or Joint Secretaries has arisen for 2/3 [..]
More info