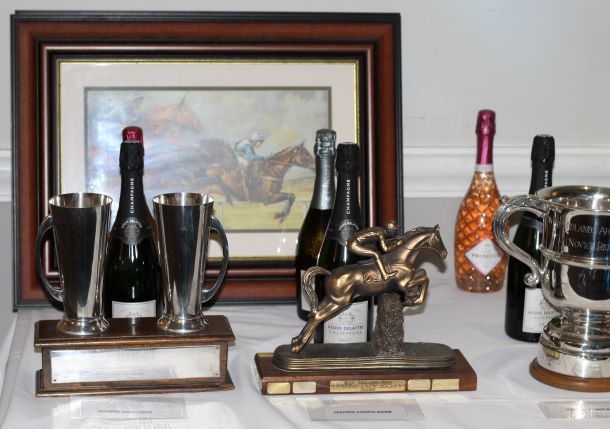 Some of the silverware on offer at Hatherley Manor

Seven days after the season finished at Umberleigh, Point-to-Point enthusiasts from all over the West Mercian Area converged on Hatherley Manor, near Gloucester to help our new champions celebrate their achievements and recall what has been a very successful season, after the in-activity caused by Covid.

Unfortunately, some Award winners were unable to attend as they were recharging their batteries after a long and gruelling season, but the Area can be justifiably proud of what it has achieved over the last 8 months. 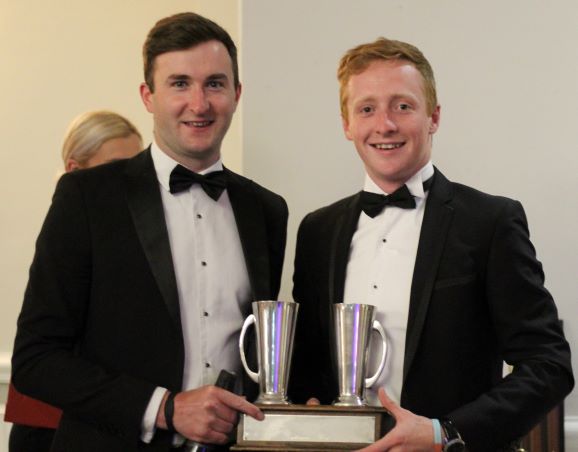 Tommie O’Brien and Immy Robinson won their respective sections of the Riders Championships with the former chased home by James King (who gained compensation by taking the National Title for the 2nd Year) with Henry Crow in third place, while Robinson saw off the challenges of Katie Sinclair, Alice Stevens and Tiggy Vale-Titterton for the Ladies Awards.

Murray Dodd was a worthy recipient of the Trophy for the Leading Male Novice Rider where he had too much firepower than the runner up Guy Sankey, while Katie Sinclair benefitted from her association with Will Gaskins consistent mare Tb Broke Her and took the Leading Lady Novice Rider. 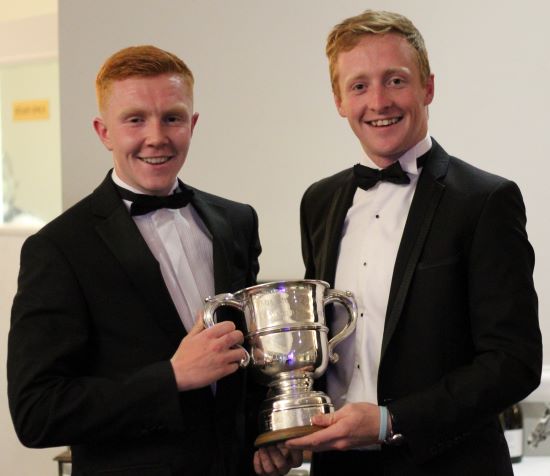 There was a new name on the Trainers Hall of Fame with James Ridley holding Phil Rowley’s late run at the end of the season, while Nick Pearce took the prize for the Leading Small Trainer via the exploits of Azzuri who found a new lease of life between the flags and who clearly benefitted from the drop in grade. 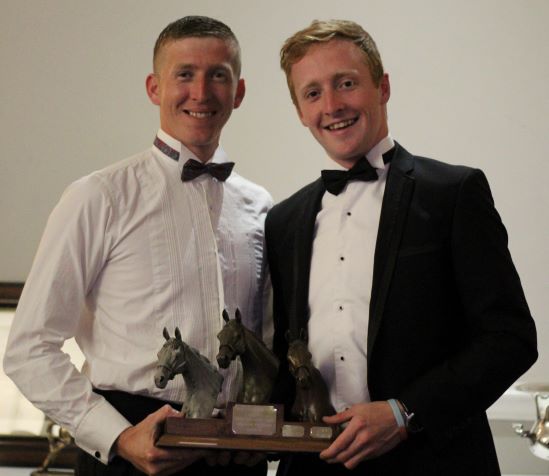 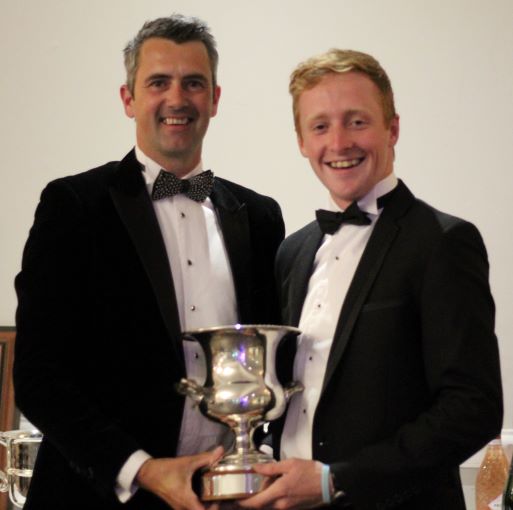 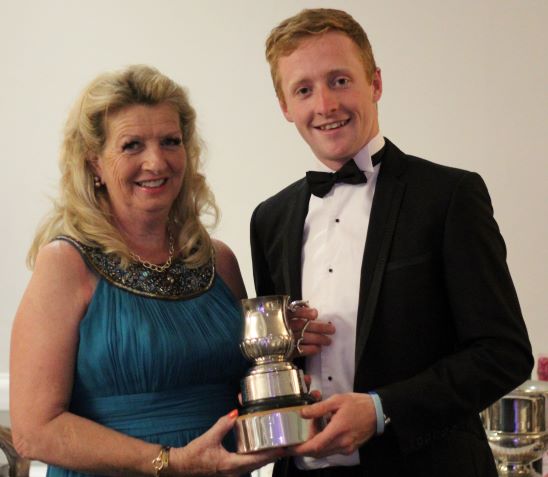 Cynthia Bibbey collected the Leading Mare Award with Champagne Lilly and her bank balance was boosted when she was presented with a cheque for £1,000 after the same horse won the Dairy Partners Open Race Championship with a late season surge. 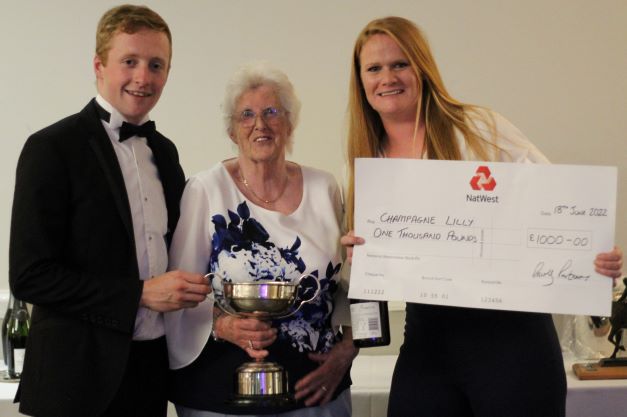 Grove Cottage, Ellipsism and Champagne Lilly were all in contention for the Leading Horse Award but were pipped at the post by Willywonga who secured sufficient points at the final Chaddesley meeting to steal the prize from underneath the noses of his rivals. 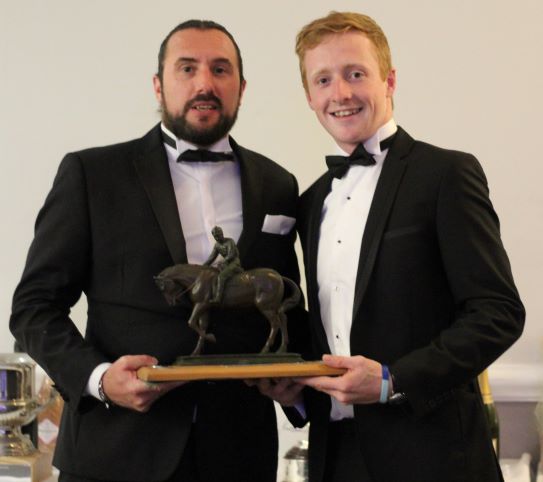 Jess Short was a deserving winner of the Leading Groom. She notched up an astounding 16 Best Turned-Out Awards in our Area, and picked up similar awards where ever the stable had runners. 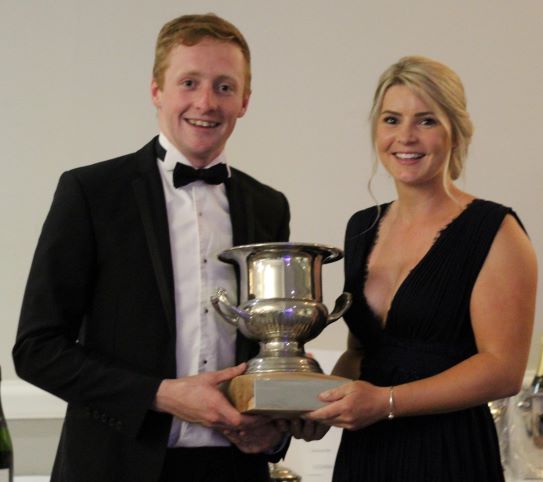 Jess Short receives the Award for the Leading Groom

West Mercia is the only Area in the country that offers a Novice Riders prize at all of its meetings and an overall winner is then selected to receive the TCEH Novice Ride of the Year – This years recipient was Jessica Smith. 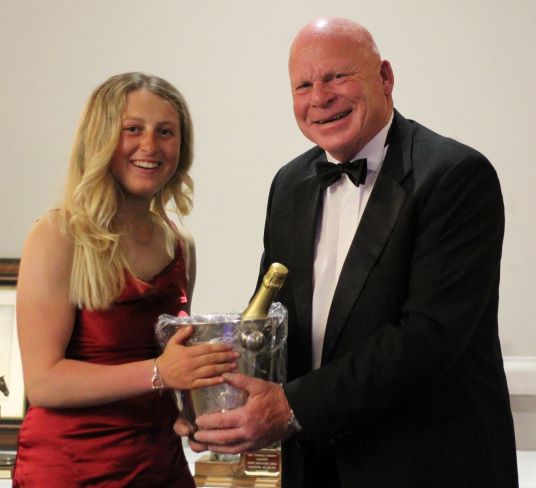 Jessica Smith and TCEH’s Graham Potts with her Award 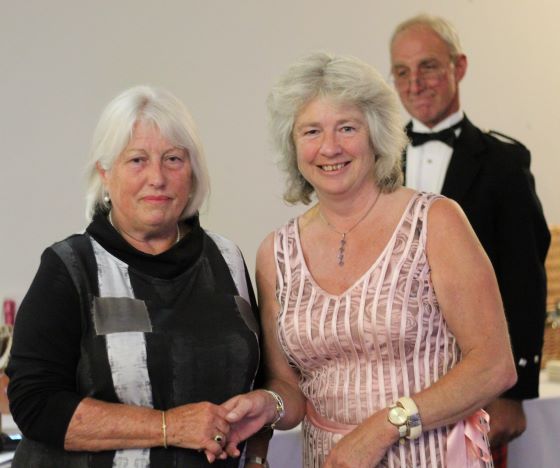 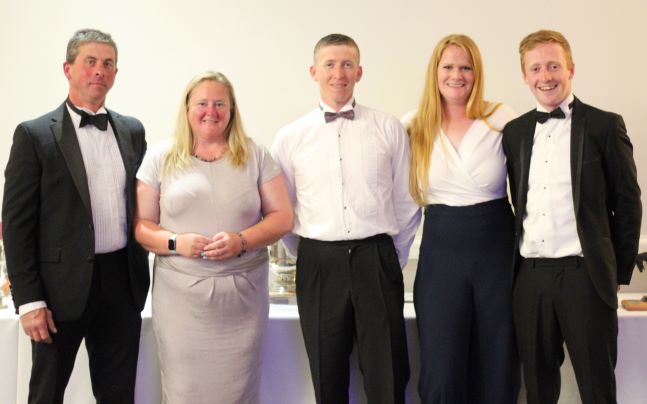 Some of the Trainers who benefitted from the new Frequent Runners sponsorship provided by Buyabreak, Shires Equestrian and Southwick Wines