The Lorna Brooke Memorial Series Final produced a race worthy of carrying that Title with two brave horses and jockeys fighting out the finish with the result in doubt until the final 30 yards.

Immy Robinson started the day with the Award for the Area’s Leading Lady Rider firmly in her grasp but this victory crowned a highly successful season which has highlighted her talents.

With 8 victories Southfield Theatre came into this race with an enviable record, all of these successes having been earned the hard way “from the front”, and those tactics just failed to produce the goods on this occasion.

Chase Me tried to match the leader but started to drop back at halfway, after which Champagne Lilly took up the challenge before a slow jump at the 13th, meant the partnership had 4-lengths to make up on their rival approaching the next obstacle.

Robinson made a renewed effort climbing the hill but Champagne Lilly still had work to do as they turned for home. The two leaders went stride for stride in the straight with Southfield Theatre looking to have gained the upper hand with a good jump at the penultimate, but Champagne Lilly fought back and was on level terms at the last. 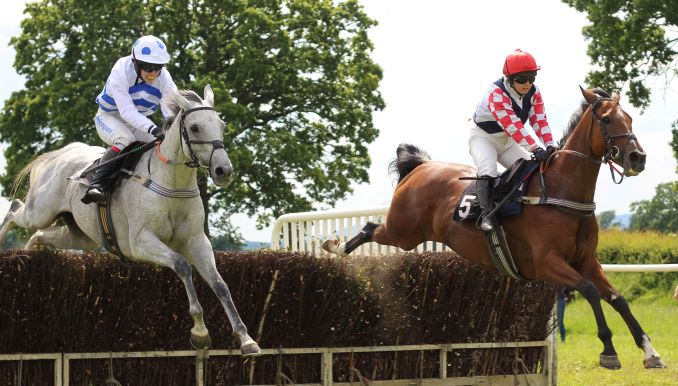 Southfield Theatre made a valiant effort to cling onto his lead but was passed in the final 30 yards, after a brave and spirited effort.

The winner was unable to repeat her previous Point-to-Point form (4 wins from 5 outings) when racing under Rules for Nigel Twiston-Davies but has won three times since returning to the Point-to-Points scene and both jockey and trainer must take credit for that. 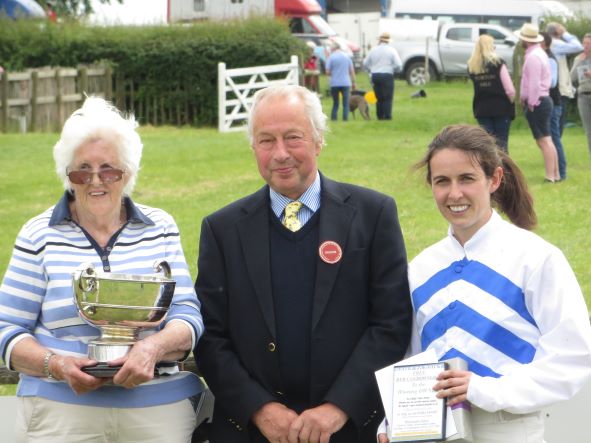 Robinson said afterwards “I wanted to win this race when they first announced the concept, so I am grateful to the owner for giving me the ride and for Phil Rowley for targeting this race”.

Later in the afternoon she crowned a fine season but taking the Maiden on the Stephanie Cameron owned and trained No Promises. The 8-year-old has run consistently all year and proved too strong for the Phil Rowley’s Turbo Dave in the closing stages.

There was a succession of leaders during the course of this race, with Albert Hucklebuck pulling up after leading for a circuit. Nimming Ned then took over for Championship chasing James King, but was harried by Ifindoubtgoflatout while Turbo Dave began to improve his position and No Promises made progress to sit on the heels of the leader.

Those that had been prominent earlier in the race started to fall by the wayside which left Turbo Dave and No Promises battling for supremacy in the home straight. There was nothing to split them at the final obstacle, although Turbo Dave seemed to be getting the upper hand until Robinson pushed her mount’s head in front in the final strides. 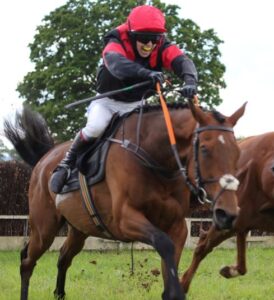 The Novice Riders also produced a thrilling finish which resulted in 31-year-old Iola Hopkinson riding her first winner on her second ride.

Freddie Gordon and Captain Bucks were required to concede 10 lbs to their rivals and that probably proved crucial as the partnership were only beaten by half a length.

Gordon’s mount established a clear lead by shaking off the attentions of Master Sunrise at halfway. With four fences to jump they were still striding clear of Sulu Magic and Spectacular Rival while Dounikos was creeping into contention. 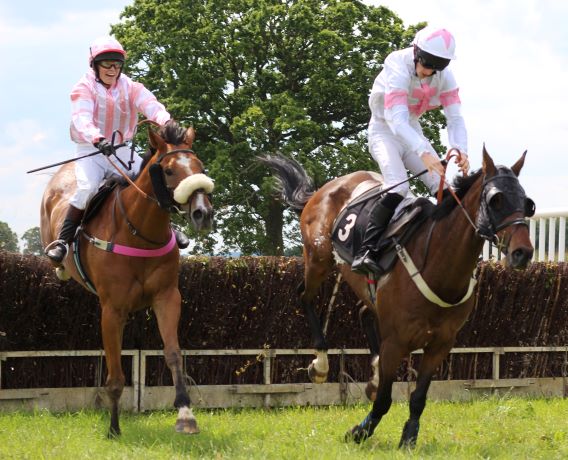 Sulu Magic and Spectacular Rival weakened in the home straight but Dounikos was made of sterner stuff and closed when the leader made a slow jump at the last. Despite her inexperience Miss Hopkinson got the better of a protracted battle on the flat to claim victory in the shadows of the post. 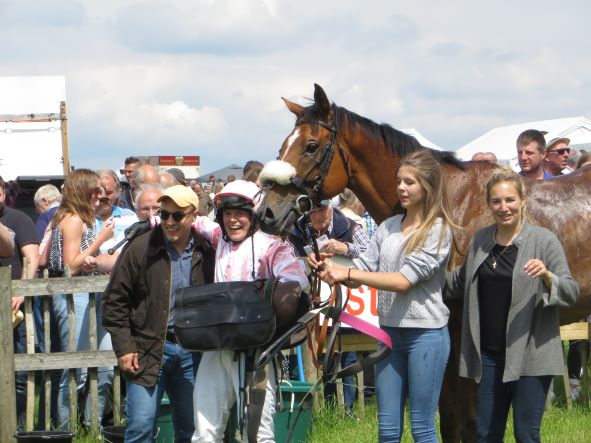 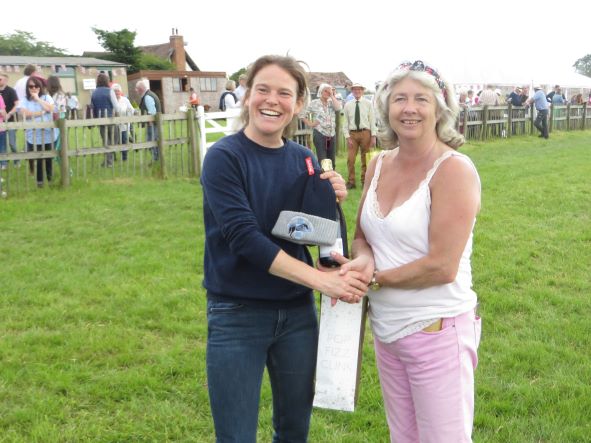 The Area provides a Novice Riders prize at all of its meetings, with the Ride of the Year Award presented at the presentation evening later this month

Who will be this years winner!

There were concerns some saddlery may have been lost during the course of the race, but she was able to celebrate after receiving clearance from the Clerk of the Scales.

She stated afterwards “I have been incredibly lucky that the owner (Carlos Baird) provided me with the ride and it is kind of Fran (Poste) to put me up. It’s amazing”.

Walkin Out had won her three previous races and connections made the long journey from the Four Burrow country in Cornwall in the expectation of a bold showing in the Restricted with punters agreeing as she started favourite.

The mare was still in front at halfway, but Hung Jury’s jumping meant he was constantly playing catch up. The same could not be said for McFin who took up the running in the back straight and proceeded to make the best of his way home.

Turning uphill McFin held a 2-length advantage over Walkin Over but James King was starting to get a response from Hung Jury and they moved past the favourite who was pulled up after her chance was gone. 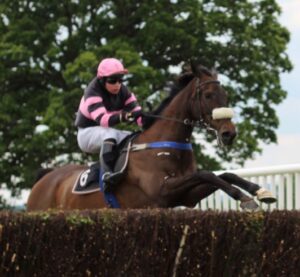 Sholto Lacey and McFin clear the last in fine style

16-year-old Sholto Lacey now has a 100% record of two wins from two rides. It obviously helps that his father Tom is a licenced N.H. Trainer based in Herefordshire, but Sholto will get better as he gains experience but even at this early stage looks a very competent rider. He has been combining race riding with finishing his exams at Hereford Cathedral School. 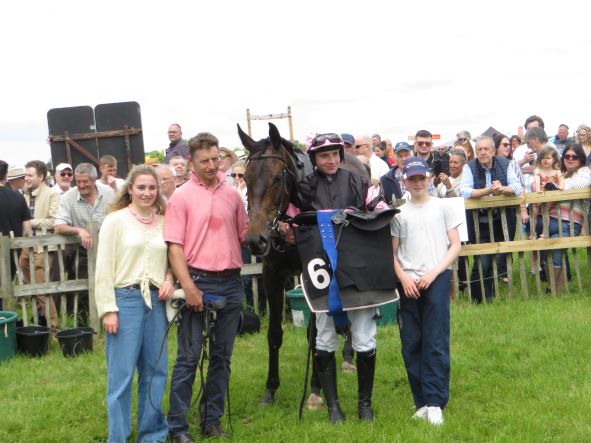 James King has enjoyed a fruitful week with three winners at Garthorpe on Wednesday, a double at Chaddesley Corbett and then three more winners at Trecoed on Saturday.

The first leg of Kings double came in the Mens Conditions. If the Lorna Brooke Final evoked memories of that popular rider, this race made us think back to the loss of Jason Warner at the start of the season.

The family connection is generally lost when situations like this rise and the sport becomes the loser so it has been wonderful to see Jason’s partner Sue and their two daughters Marita Warner-King and Rhonda continuing in the same vein.

The pace was set by Eeze a Saint and Gottagottagetaway who took the field along at a steady gallop, but after several defections the remaining runners were still in a bunch approaching three out.

Using his initiative King kicked Rose Iland clear and quickly established a race winning lead. Despite a clear advantage at the penultimate, he continued to pile on the pressure and Willywonga was eased once his chance was gone, while Gottagottagetaway ran another good race to claim third. 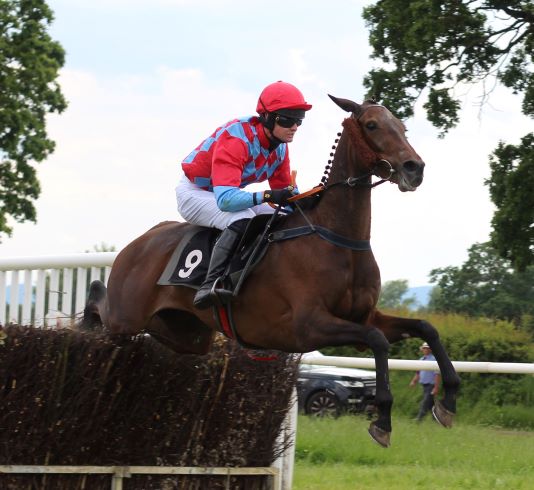 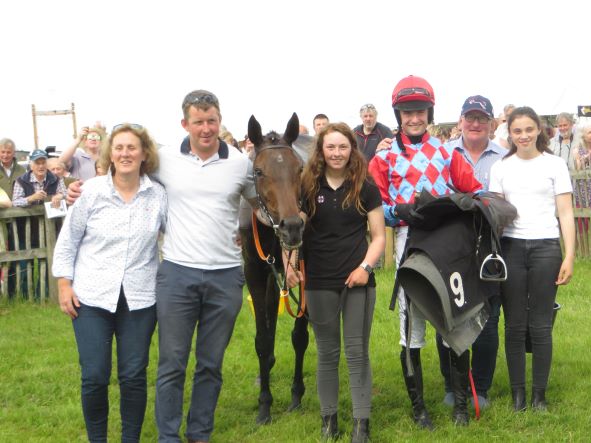 The Champion elect completed his double on Polly Sans in the Mares and Fillies Maiden. She led over the first couple of fences before My Friend Flicka took over pace making duties, which continued until Polly Sans retook the lead going out onto their second circuit.

The partnership were able to maintain their three or four length advantage over Ferny Knap but that increased significantly as they straightened up for the judge. 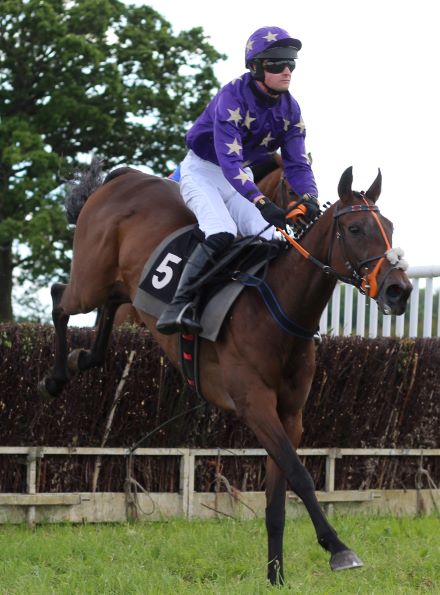 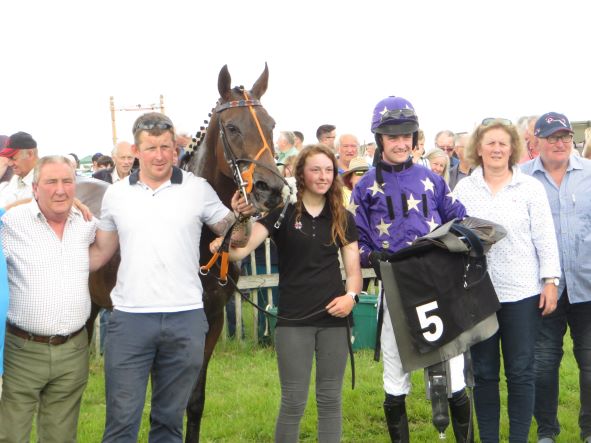 Herefordshire based Tommie O’Brien and Sheriffhales rider Immy Robinson are worthy winners of the inaugural West Mercian Area Championships and will receive their Awards later in the month. O’Brien headed the table since the start of the season, while the opposition could never dethrone Robinson from her lofty position.

O’Brien held a clear lead over last year’s Champion James King but the latter made a big dent in O’Brien’s Title aspirations by riding four winners at the Wheatland in early May.

However, over the past month King has prioritised retaining his National Title, and that has required his presence elsewhere. That policy has paid dividends over the last week where he has chalked up 10 winners in four days racing, and it appears the chances of multiple Champion Will Biddick have now disappeared over the horizon.

Every point in the Area has been fiercely contested and one has to feel sorry for some owners and trainers who have seen their horses head the table from the start of the season, only to be pipped on the post at the final meeting of the season.

James King and Luke Price have been an unbeatable combination in the final weeks of the season and have a phenomenal strike rate together. It looked as though King was struggling to retain his National Title, but they have proved invincible during the past week.

Will Biddick has proved a worthy opponent but was unable to match Kings winning run which included three more victories during the Pembrokeshire fixture at Trecoed.

King chalked up his first success on the Luke Price trained Villanesque in the Restricted with the partnership content to allow their rivals to cut out the donkey work before making progress on the inner on the uphill run to the final open ditch.

The favourite had gone 2-lengths clear by the next and held the run of Whiskey for Jack on the downhill run to the second last. They were 8-lengths clear at the final obstacle and just need to be pushed out on the flat to record their second success in as many weeks. 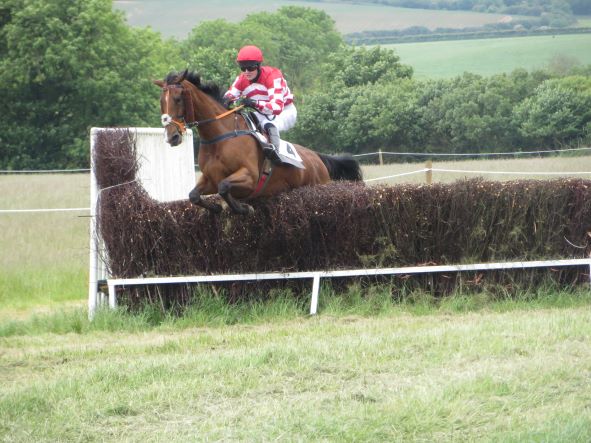 King and Price had a setback when Ramble On could only finish runner up to Looksnowtlikebrian, but were back in the winner’s enclosure after Blackfyre’ success in the Maiden.

The winner was always prominent but made steady progress to join the leaders as they raced along the skyline but it was still all to play for with three horses still in contention as they raced downhill towards the 16th.

Papa John and Charlie Sparke held a narrow lead when departing and when they reappeared before two out Blackfyre had a comfortable lead over Carry on Buddy and comfortably held his rivals challenge on the run to the line. 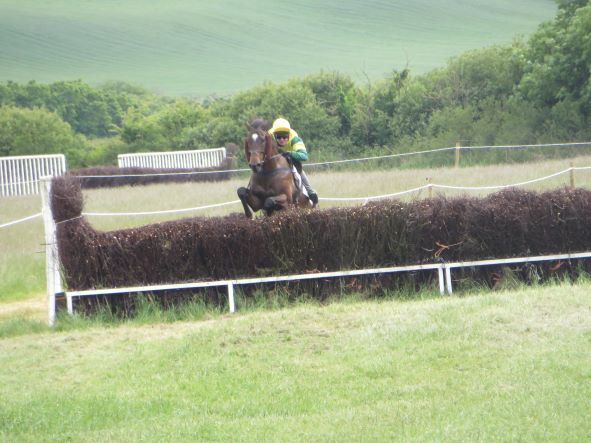 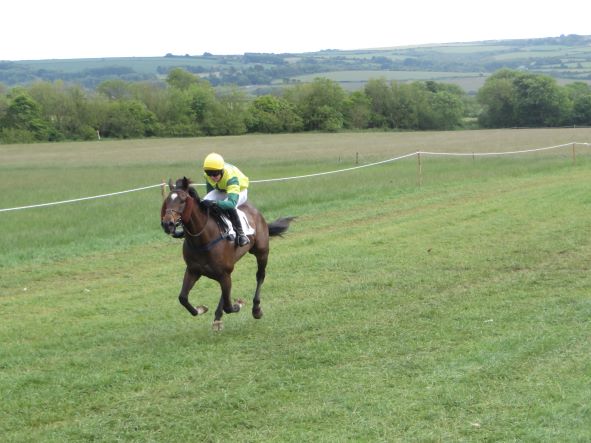 King struck again in the days final race where he teamed up with the John Mathias trained Hitroadjack to crown another good day at the office for the Champion elect and with one meeting remaining it is fitting that King is crowned Champion Rider in the Queens Jubilee Year.

THE BUCKET COLLECTION AT THE END OF THIS MEETING RESULTED IN £600 BEING FORWARDED TO THE I.J.F.