Racing behind closed doors is not ideal but is better than nothing and some organisers have experimented with dates to provide a viable racing programme, which was appreciated by those local trainers who took horses to Aldington Races on Friday afternoon.

James Ridley’s enterprise did not pay off with What’s the Problem in the Maiden or Halloween Harry in the Print Concern Supports the NHS Sponsored Restricted, but later in the day Chase Me and birthday boy Zac Baker stayed on strongly from two out to land an Exeter Hunter Chase for his Ketford based trainer and owners Jim and Helen Wood.

Aldington also provided another winning opportunity for Jason Warner and James King who saddled Thumb Stone Blues to land the Retraining of Racehorses and Jockey Club Veteran Horse Conditions for his second win in ten days.

The 11-year-old disputed the lead with Haymount until they quickened at the start of the second circuit with James King saving ground throughout and holding the lead as they raced back towards the judge.

They still held a narrow advantage at the third from home but Thumb Stone Blues needed to be pushed along to cling on to his lead at the next. The partnership were two lengths clear at the final obstacle and stayed on strongly to crown a fine front running performance.

The owner commented later “He is a good horse and loves quick ground and was well trained and well ridden and will win more with a bit of luck so we will keep going until the end of the season”.

If the current dry spell continues it will invariably causes problems but the well watered ground at Chaddesley and at the Bicester with Whaddon Chase meeting at Edgcote shows what can be achieved.

Both meetings produced plenty of runners with the Mares Maiden and Restricted at Edgcote both requiring division on the day.

West Midland based riders won the baulk of the races, while Jason Warner and James King continued their good run with another double, and Upton upon Severn based Hannah Lewis also sent out two winners.

The Oriental Club Owner/Trainer Conditions race was the final event on a marathon 9 race card at Edgcote with 17 horses meeting their engagements in this popular series of races. Unfortunately for 16 of them, their chances were blown away by a spectacular performance by Grageelagh Girl.

A previous inmate of Fergal O’Briens yard for whom the 10-year-old mare performed creditably although her place ratio was considerably higher than her wins total.

She had improved to fourth when the rider saw the opportunity to grab the lead down by the 3 mile start. This move caught their rivals by surprise as their 5-length advantage at the 15th had been extended to double that by the next obstacle.

The partnership continued to pile on the pressure and approached the last with an unassailable lead but with the race in safe keeping Grageelagh Girl hit the top of the final obstacle, pitched on landing and almost shot Vicki Sollitt out of the front door. 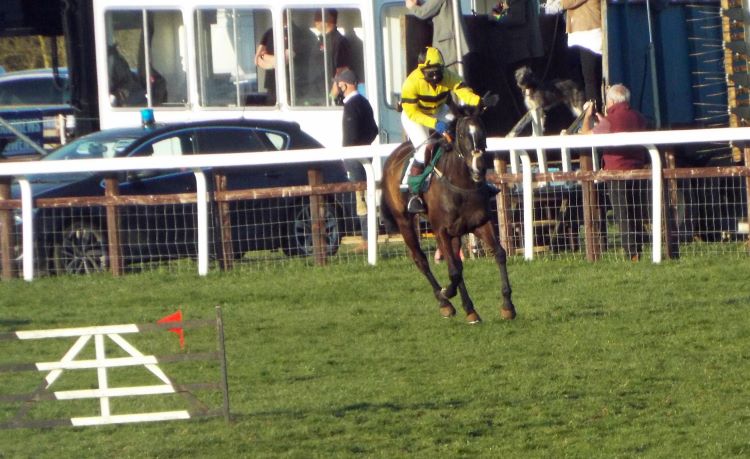 It was a heart stopping moment but had the right outcome as the jockey recovered and the partnership won by a wide margin providing the rider with the second success of her career.

She explained later “We talked about how I should ride the race beforehand and when I saw the gap appear I just went for it. We decided she should come pointing and looked a good ride for a Novice Rider and we will look for something similar in future”.

Sollitt had a military career until she left in 2018 and is now Hannah’s Business Partner. This win and one earlier in the afternoon will no doubt help them promote their Upton upon Severn based Equine company.

The initial leg of Lewis’s double was provided by Lady Trifaldi in Division I of the Mares Maiden. The 6-year-old daughter of Arcadio led early on but dropped back, before making a forward move with a mile to run.

Tom Broughton’s mount had gone well clear as they rounded the bend into the home straight and they gradually increased their advantage to score for Point-to-Point stalwarts Nigel Lilley and Bob Haycock.

“She felt good when schooling recently and Hannah has done a great job with her and she enjoyed the ground” commented the jockey before rushing back to Fergal O’Briens yard at Ravenswell, near Andoversford for evening stables. 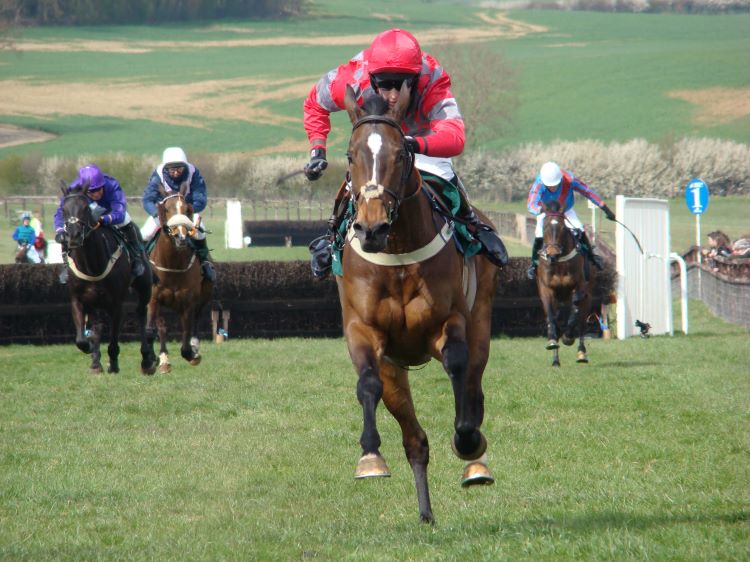 The first leg of a double for trainer Hannah Lewis, Lady Trifaldi wins a Division of the Mares Maiden

Division II of the Mares resulted in yet another winner for James King/Jason Warner cementing the latter’s position as the sports leading owner.

Tom Weston’s Walk in Clover headed the market and had many things in her favour including a healthy weight concession and she had also run well at Maisemore.

King used exaggerated waiting tactics on Warner’s runner and she was at the back of the field before making a forward move at the 15th. 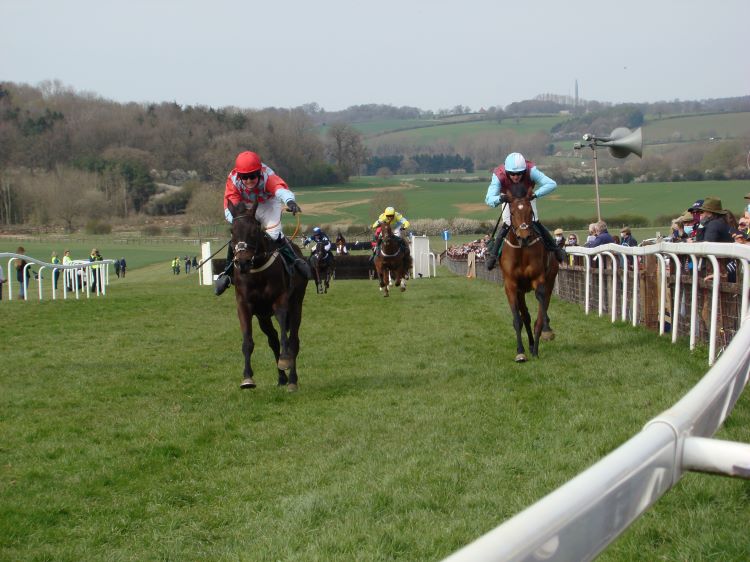 The mare disappeared immediately after unsaddling by permission from the stewards “she can be a bit silly and I did not want her causing any problems. James said she will win again. She had ability under Rules (for Giles Smyly) and that has stood her in good stead today”. 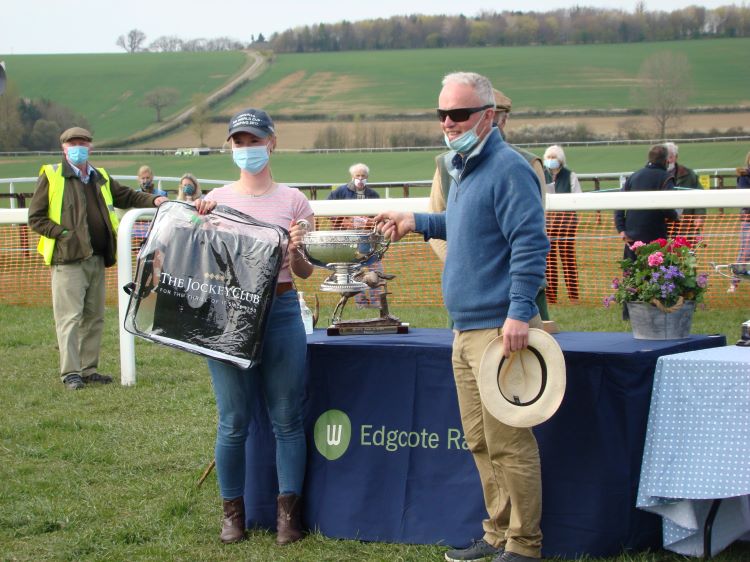 King used similar tactics on Ahead of the Game in Division II of the Restricted. Warner’s runner had beaten Mythical Prince over 3 miles over a flat course at Higham so 2 miles and 5 furlongs at Edgcote proved well within his compass.

Frank and Honest and Oscars Fame dictated affairs, but Ahead of the Game was always travelling easily and creeping closer to the leaders down the side of the course.

King’s mount made up ground quickly at the fourth from home, held a narrow lead entering the home straight, led two out, was clear at the last and went even further clear on the flat. 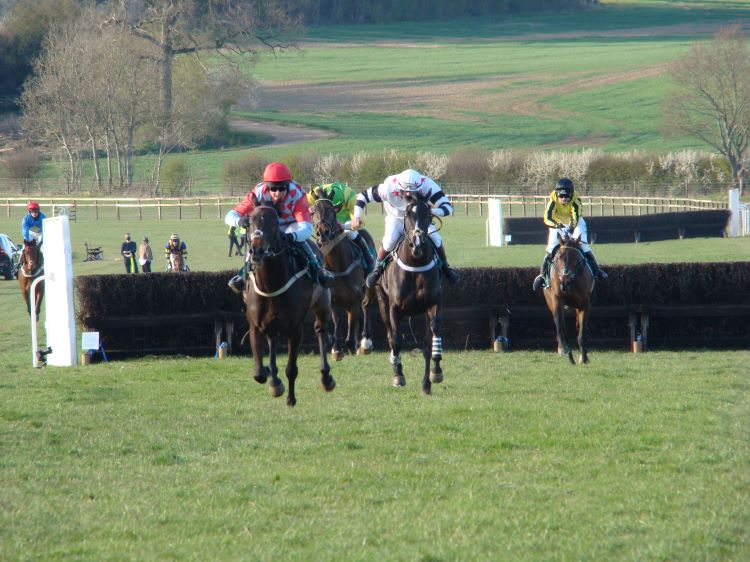 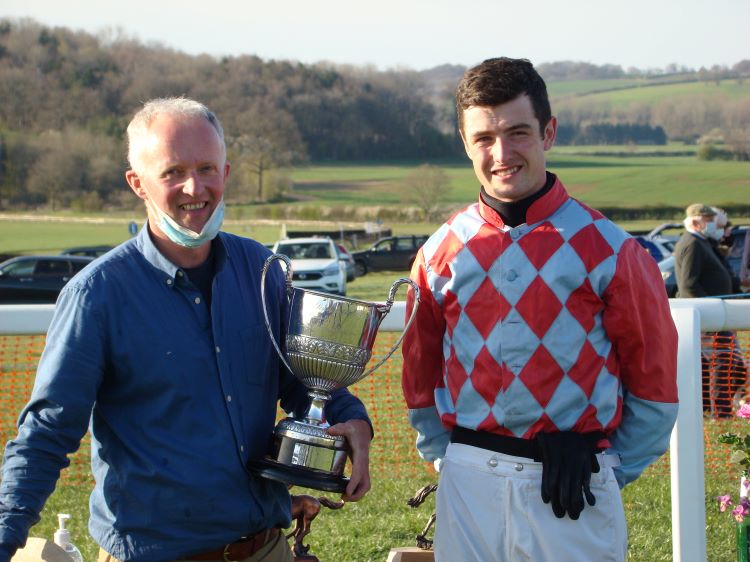 “He is well related” stated the jockey “he has been keen in the past so I wanted him to settle and kept taking a pull. I probably hit the front too soon and he will improve again”, while the owner commented “I ride him at home and ground is probably the factor with his improvement”.

Vivaldi Collonges and Ben Bromley won as an even money favourite should do in the 3 mile 5 furlong Mixed Open for the Edgcote Gold Cup.

King of the Clothe and Happy Larry set the pace but Vivaldi Collonges was always travelling easily just behind them, with the favourite being sent into the lead with a mile to run.

Popelys Gull made a vain attempt to stay with him over the next couple of fences, but Bromley was now in full control and the combination were able to take things easy in the home straight, as Jack Andrews forced King of the Clothe into the runners up berth over the final two fences. 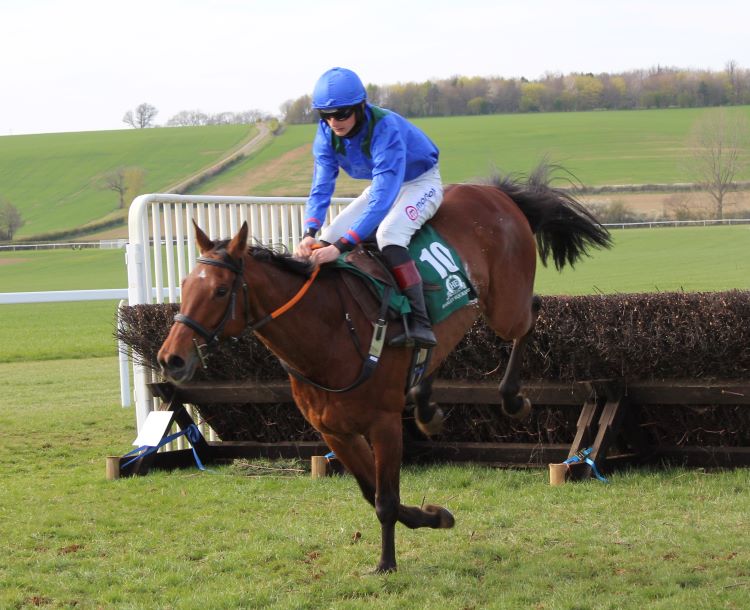 If West Midland based horses weren’t winning our riders were with Alice Stevens steering Summer Sounds to victory in the Members, while Zac Baker forced Guttural up in the final strides to rob Will Biddick of a winner on Zertopek in the Maiden. 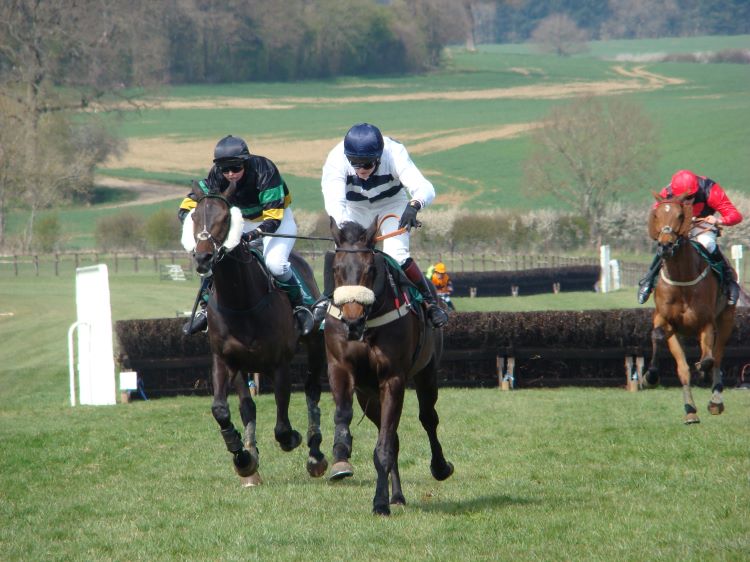 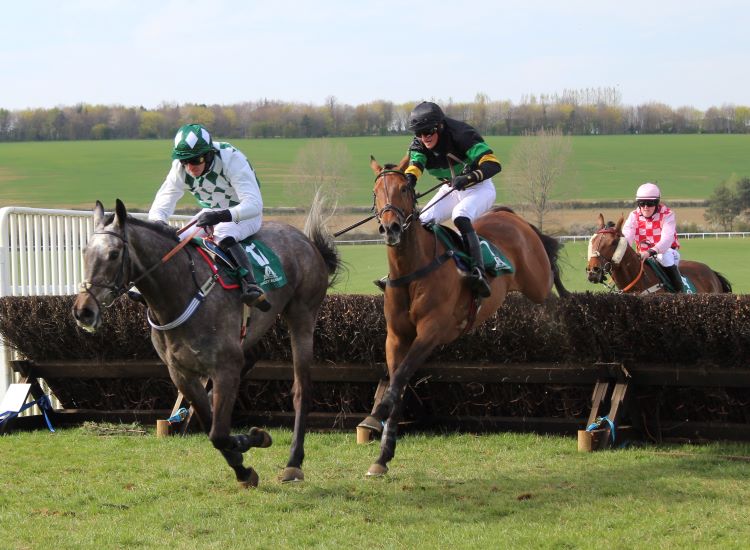 Later in the afternoon Baker had to settle for second place on Martin and Jane Wanless’s Aclassagold in Division I of the Restricted.

Sheppards win new friends at home and at Plumpton

Eastnor trainer Matt Sheppard opened his stable to the public today as part of [..]
More info

Owners and trainers of maiden point-to-point fillies and mares can now aim their horses [..]
More info