This years Jockeys Championship is providing a fitting climax to the 2021/2022 season, with James King and Will Biddick inseparable at the top of the table as each stakes their claim to the Title.

After four winners the previous weekend King’s star was in the ascendancy, allowing him to secure a narrow lead, but Biddick’s double at Upcott Cross on Saturday, resulted in them both starting Sundays Berks and Bucks Draghounds meeting at Kingston Blount on 51 winners.

The Championship contenders seem to match everything the other does, but on this occasion, King was able to secure a vital win from his one booked ride, teaming up with the Alan Hill trained Craven Bay in the Restricted, while Biddick was unsuccessful on Bradley Gibbs Local Drama in the Maiden.

James King had steered Graeme Henderson’s Craven Bay to victory when the partnership was successful over this course at the beginning of May and they were installed as favourites for the 4 runner Restricted on the strength of that success.

Sergeant Brody and Laura Richardson set the pace but began to drop back as the runners reached halfway. King had settled his mount at the back of the field but crept closer approaching the 13th, although there was some concern when the commentor reported the favourite had received several reminders on Kingston Knoll. 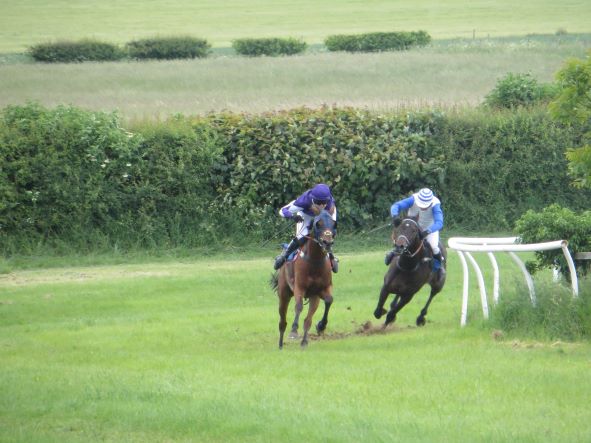 Craven Bay and the well supported Whiskey for Jack went stride for stride from the 15th, but the favourite gained the upper hand passing the start and was a couple of lengths clear on the final bend, and it needed all of King’s experience to coax the winner home and claim a narrow lead in the Title Race. 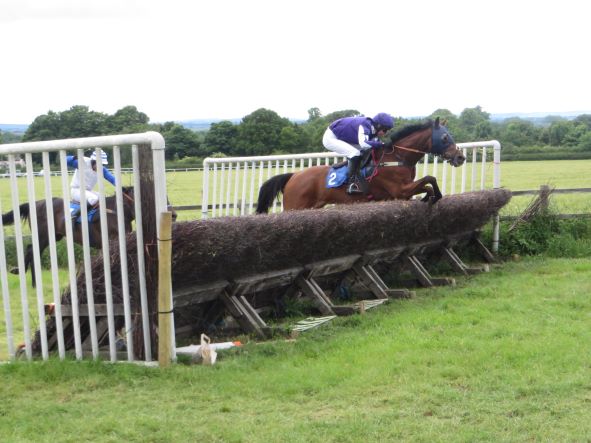 “He is a bit of a character” according to his owner, “he likes to get in front and then stops and waits for the others. It has taken time with him but it has been interesting to see how he has developed”.

Punters found it impossible to ignore the combination of trainer Bradley Gibbs, jockey Will Biddick and 4-year-old Local Drama in the Maiden and they were sent off odds on favourites. All seemed to be going well until halfway when Biddick began to ask his mount some questions and when these went unanswered the 4-year-old was pulled up going along the woodside.

Halfway down the back straight Phil York and Come on Buddy were making the best of their way home from the improving Monmouth Hill while Cody Jones feeling the effects of his earlier exertions started to drop back in third.

Monmouth Hill eased clear of Come on Buddy from the second last and galloped on resolutely to claim the prize for Charlie Marshall. 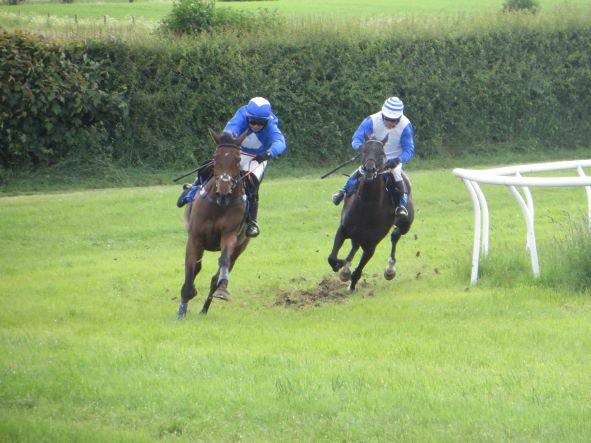 This week is bound to play a crucial part in the outcome of the Championship, with meetings at Garthorpe (Wednesday), Chaddesley Corbett (Thursday), and Trecoed (Saturday), so any advantage gained over this period is likely to prove crucial as the opponent will struggle to reduce the deficit at Bratton Down (Sunday), followed by the seasons climax at Umberleigh 7 days later.

Gabrial the Great and owner/trainer Tom Murray showed their liking for Kingston Blount with the North Cotswold qualified gelding scoring his four success over the course in the 2 mile 5 furlong Novice Riders contest.

Electron Bleu gave rider Lewis Hislop all kinds of trouble at the start cocking his jaw and running off in the direction of the 3-mile start. The rider soon got him back under control, but saddlery adjustments were necessary before he was able to line up with the others (albeit in last place). 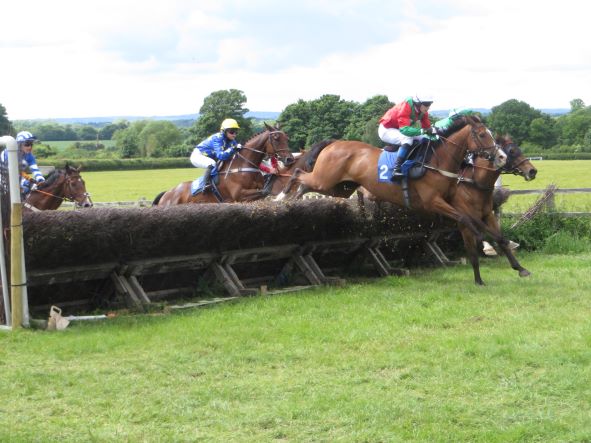 Electron Blue leads Scooby at the halfway stage of the Novice Riders, the eventual winner Garbrial the Great is on the left of the picture

He was still 10-lengths in arrears coming off the hill but had built up a head of steam that he was vying for the lead with Scooby at the 11th. Tom Murray waited until sending his mount into a clear lead with four to jump and was followed home by Electron Blue who claimed second place from the weakening Scooby with that order remaining unchanged for the remainder of the race. 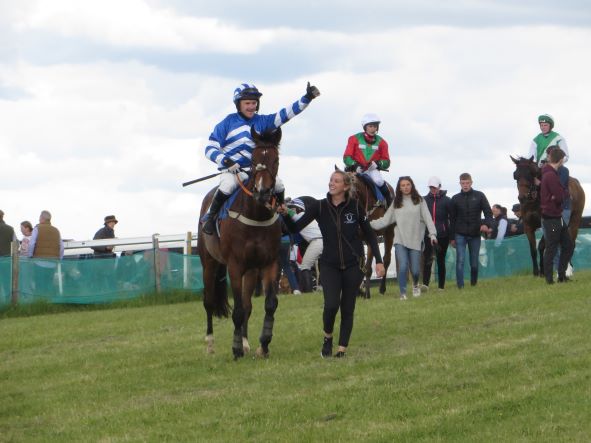 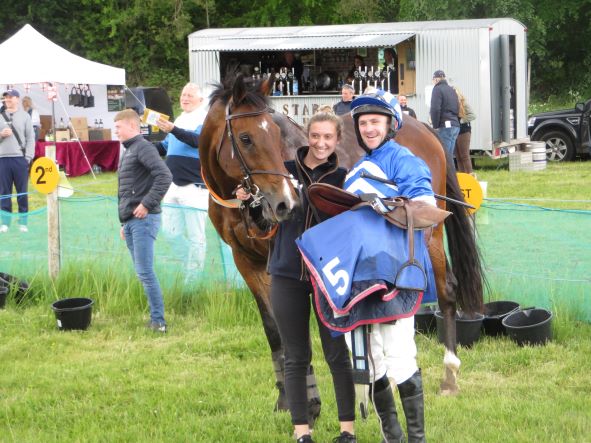 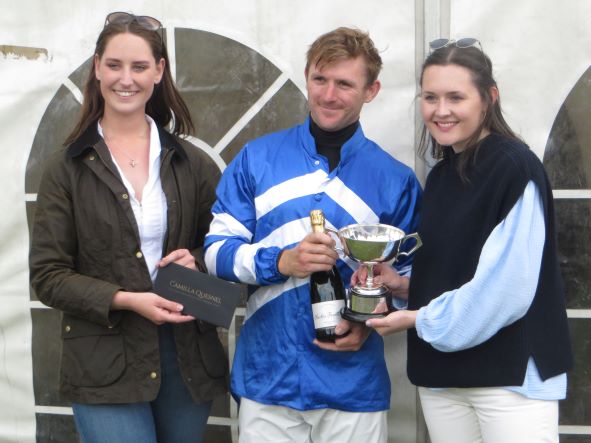 Given the horses record over the course where his four successes have been backed up with a second and a third, Elmley Castle based Murray obviously has a soft spot for the venue and the horse who joined the trainer back in 2018.

“His jumping was not as good as last time but he was carrying an 8 lb penalty so I wanted to keep hold of him. He cruised to the front down the back straight and I was happy to have a rival upside until I decided to go for it”.