“It’s a game of two halves” is a cliché often used in Football but it certainly a remark that applies to James King during the current Point-to-Point season.

From the start of this Covid interrupted campaign in October until the lockdown in January, King had not ridden a winner from 26 rides, but since the restart on the 29th March, he has had 47 rides and 17 winners.

He now sits at the top of the Riders Championship with a clear advantage over the chasing pack which includes multiple champion Will Biddick, Jack Andrews and Bradley Gibbs.

King went into the lion’s den on Saturday to confront Biddick on home turf and that paid dividends with the West Midlands rider landing a Fran Nimmo trained double with Dr Time in the Print Concern Supports the NHS Restricted and For Rita (Conditions), while Jack Andrews pulled one back when The Rosary Flyer took the Maiden for Tom Ellis.

The next day, these two riders were back in action during the Fernie with Fitzwilliam meeting at Dingley, where Andrews reduced the deficit with a double of Wayupinthebox (Conditions) and Pollards Fen (Maiden – Division I), while Gibbs took Division II of the Maiden with Fier Jaguan who had “won” at Chaddesley earlier in the season.

West Midland riders Tommie O’Brien and Zac Baker were unlucky not to add to their tally at this meeting. Both jockeys produced their mounts with race winning leads approaching the last, before victory was snatched from their grasp on the run in.

O’Brien looked to have timed his run to perfection on Hawkhurst in the PPORA Club Members when they came to the last with the lead but the horse refused to exert himself any further and was repassed by his rival on the run in. 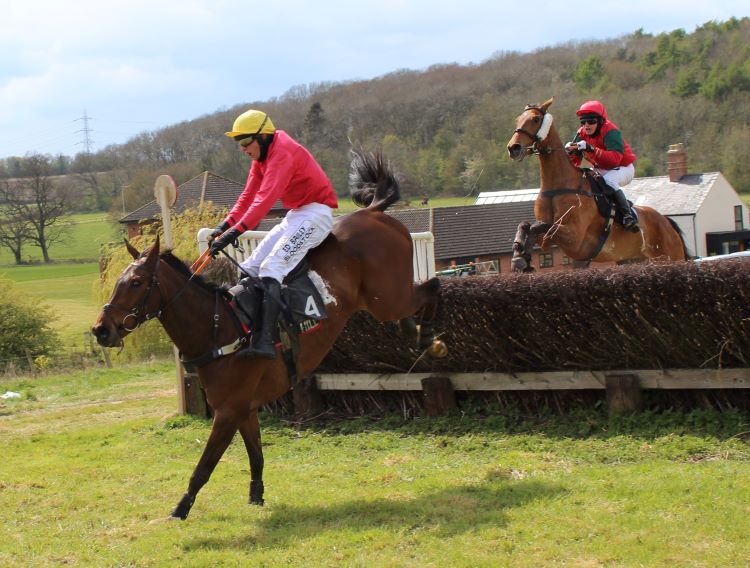 Tommie O’Brien and Hawkhurst are clear at the last, but lost the race on the flat

Baker rode a patient race on Aclassofgold in the Restricted. This partnership came with a sustained run during the final half mile and held a narrow advantage at the last but were completely outjumped by The Triple Pillar and were unable to recover. 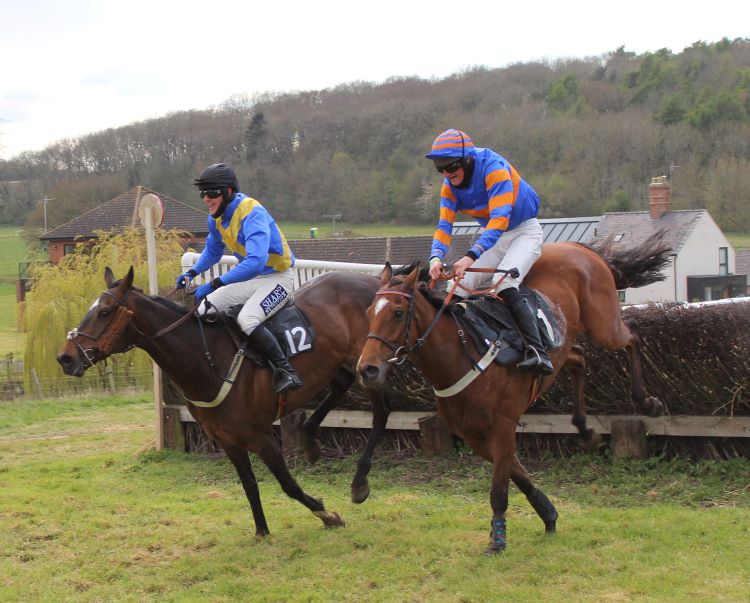 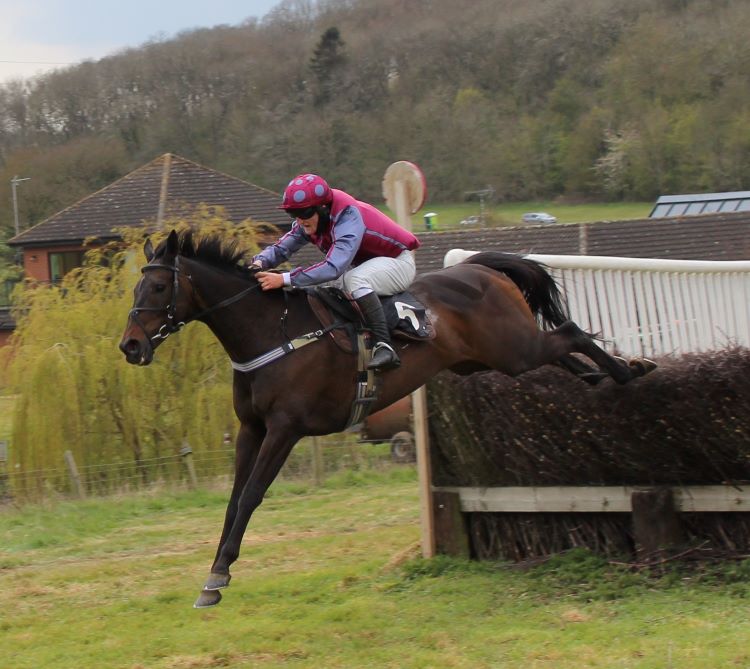 Aclassofgold (right) is level with The Triple Pillar

All the leading contenders for the Jockeys Title were in action at the Warwickshire fixture at Mollington on Monday and with the exception of Biddick all managed to get their names on the score sheet.

King had high hopes for Blairs Cove in the Conditions, but after leading for much of the contest, the partnership had no answer when Sam Waley Cohen swept past on his father’s Maitree Express to provide the rider with his 99th Point to Point success.

Jack Andrews pulled one back when he forced Midnight King up in the closing stages to get the better of his sister Gina in a hotly contested Members, while Bradley Gibbs enhanced his championship challenge with a double on Rio Bravo (Mens Open) and Gareth Cael (Division I of the Maiden).

Sandwiched in between Gibbs’s double, King teamed up with Jason Warner to land the Retraining of Racehorses and Jockey Club Veteran Horse Conditions with Thumb Stone Blues.

After some early skirmishes Thumb Stone Blues quickly established his position at the head of the field and racing down the back straight for the final time, was being hotly pursued by Green Winter, Bayley’s Dream and Generous Ransom.

King kicked for home after jumping the cross fence at the top of the hill and racing downhill towards the final bend the opposition were left struggling ion his wake which resulted in Thumb Stone Blues having a clear lead as they met the rising ground.

The winner showed no signs of stopping while lack of race fitness meant Green Winter could only stay on at once pace so he was still 8-lengths behind at the post.

This was a good performance by Thumb Stone Blues who has hit a rich vein of form, winning his last four races (three this season) and conceding 6lbs to most of his rivals.

King both trains and rides the winner for his uncle Jason Warner “I was disappointed to get beaten in the first, but hope to keep riding winners. The horse did well, I was struggling to steer him as he was jumping left. We had some back luck yesterday (at Dingley) and I hope to add to my tally next weekend”.

Conditions get worse throughout the afternoon, and that may have accounted for the turn up in Division II of the Maiden. The favourite Wideopenspaces was always prominent and was leading coming down the final hill, but Heron Creek came with a smooth run to pass his floundering rivals on the home turn.

He held a narrow lead at the penultimate which had been extended by the time they jumped the final obstacle and James Jeavons mount started off up the run in with the race at their mercy.

There were no signs of any problems until halfway up the final climb, when the 4-year-old either through greenness or loneliness began drifting to his left. Jeavons responded quickly but the momentum was lost and although gaining again at the finish both Ivebeentold and Festival Dawn had gone beyond recall.

Heron Creek was a desperately unlucky loser but Tom Weston’s 4-year-old should gain compensation before too long.

Sheppards win new friends at home and at Plumpton

Eastnor trainer Matt Sheppard opened his stable to the public today as part of [..]
More info

Owners and trainers of maiden point-to-point fillies and mares can now aim their horses [..]
More info