Most racehorses are taught to jump fences at speed and have trainers who are able to maintain their fitness levels in an attempt to win races, but the most successful ones have another vital ingredient – their willingness to win when all seems lost.

From past performances we know that Marcle Ridge has the first two attributes but after a long and protracted battle with Famous Clermont over the final half mile he dug deep to edge clear of his rival on the flat to score a second successive win in the Mixed Open at the Barbury International meeting on Sunday afternoon.

Clive Bennett’s 9-year-old adopted his customary front running tactics and was content to lob along in the lead until George Hiscock and Rio Quinto made their bid for glory on the final circuit.

The pace increased entering the back straight where Will Biddick and Famous Clermont moved into a challenging position and were on hand to take advantage when Rio Quinto made a bad mistake and lost his position at a vital stage of the race. 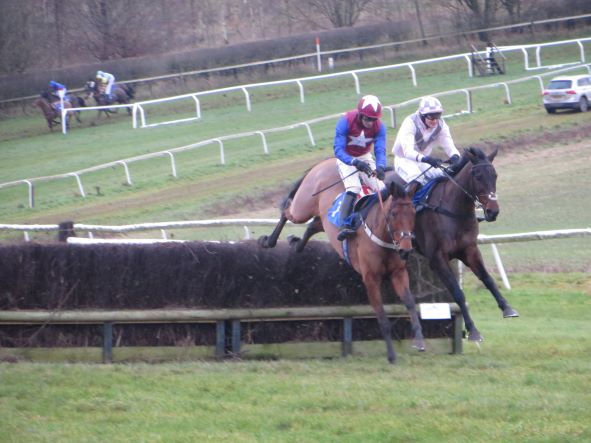 Famous Clermont (nearside) holds a narrow lead at the penultimate

It then became a battle of wills as Marcle Ridge and his rival piled on the pressure with the former gaining a half-length and the vital inside berth after a good jump at the third from home. 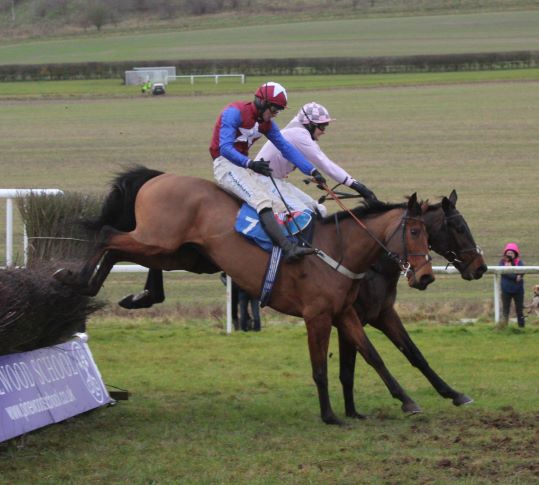 As one gained the upper hand, the other fought back tenaciously but when Biddick’s mount secured a narrow lead entering the home straight Marcle Ridge was faced with another stern test.

Tommie O’Brien has taken over the ride on Bennetts horses this year and was in no mood to accept defeat and re-galvanised his efforts and his mount was back on level terms at the second from home.

Both horses showed tremendous battling qualities, matching one another stride for stride between the final two fences where Marcle Ridge and Famous Clermont came very close as the camber of the course and tiredness resulted in Biddick’s mount drifting towards his rival. The favourite managed to get his nose in front at the last and edged clear as they raced towards the judge.

Winning jockey Tommie O’Brien described it “as an unbelievable race between two good horses”, while winning trainer Lucy Smith declared “That was just brilliant. He is so tough. Tommie said he got caught round the final bend, but he winged the second-last and absolutely winged the last.

The trainer highlighted the strong bond between herself and colleagues Lottie and Tanya who have christened themselves “Clive’s Angels”. She was also full of prize for her employer as they have all pulled together to overcome various problems during the Pandemic.

Asked about future objectives Smith replied “We know what he is capable of and despite his record he does not have to front run. We will pick and choose his objectives in future”.

The Dymock stable has a potential star of the future judging by Marcle Ridge’s half-sister Miss May Hill’s performance in Division II of the Point-to-Point Flat Race. Like her half-brother she is named after a local landmark visible from Bennett’s Blacklands Stable in Dymock. 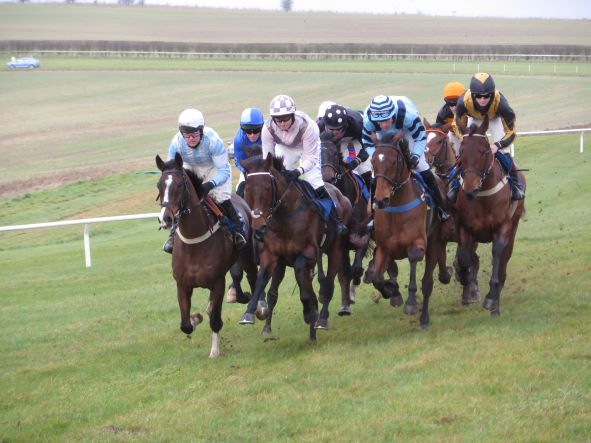 Ask Alfie, Miss May Hill and We’ll C Bout Dat dominated the early proceedings but after a slow early pace the field bunched up at the top of the hill as they prepared for the sprint for home. 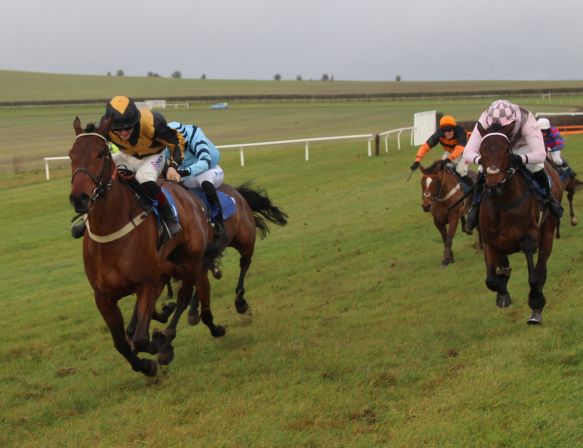 Miss May Hill was temporarily outpaced straightening up for the judge as Ben Bromley and Churchills Boy swept past to get first run on their rivals, but when switched back to the running rail Miss May Hill finished strongly to claim second spot from Ask Alfie.

On recent evidence Bradley Gibbs (Honey I’m Good – Mares and Fillies Maiden), Will Biddick (Beau du Brizais – Division I of Veteran Horse), James King (Western Zephyr – 4 & 5 year old Maiden) and Tommie O’Brien (Marcle Ridge – Mixed Open) are going to figure prominently in this year’s Jockeys Championship and all of them got their names on the scoresheet, while the West Mercian pairing of King and O’Brien look favourites for the Area Title.

Both of them were seen to good effect in Division I of the Flat Race, albeit, they had to settle for minor placings. O’Brien had the Clive Boultbee-Brooks trained Black of the Glade in a prominent position throughout but they could only stay on at one pace when passed by James King on Arctic Row (carrying the colours of the late Trevor Hemmings) on the final bend. However, the newcomer then showed signs of inexperience on the downhill run to the finish and eventually had to give best to the Martin Mcintyre ridden Park Hill Dancer. 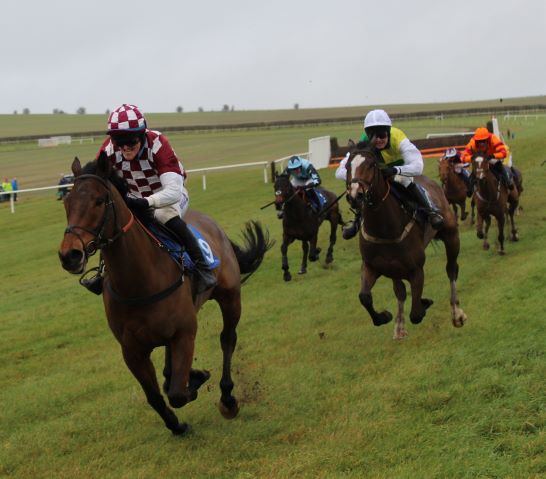 The right-handed layout for the flat races divided opinion with Park Hill Dancers jockey Martin McIntyre saying “I prefer the other way. I just think it is better for young horses, while Ben Bromley said after his success in Division II “It is fine, although the final bend is a bit sharper than normal”.

King gained compensation in the Irish Thoroughbred Marketing Maiden over 2-1/2 miles on the Fran Nimmo trained Western Zephyr. The colours of the 4-year-old son of Westerner was in front from the start and began to ease clear after jumping the fourth from home. 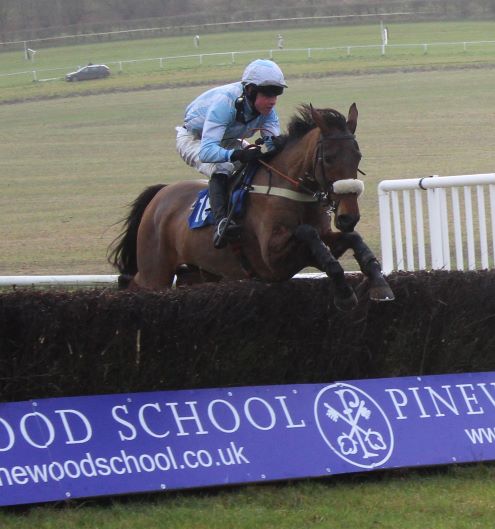 Despite showing signs of greenness all the way up the home straight, the winner completely outclassed his rivals and looks another useful recruit for the Ettington based academy and according to Charlie Poste “He is a staying type for the future and I imagine he will be going to the sales.”

Later in the afternoon O’Brien teamed up with Boultbee Brooks Woohope stable when partnering Felicie Du Maqui in the Mares and Fillies Maiden. This combination had finished runner up in a Ffos Llas Maiden and occupied the same position in this race.

The mare was given a good sight of her fences and went clear with the winner Honey I’m Good down the back straight. She managed to hang onto the leader’s coattails until the gap began to widen around the final bend and O’Brien wisely gave up the lost cause.