You Are Here: Pointing West Mercian > Reports > NO DICE PREVAILS IN CLOSE FINISH AT EYTON
Friday, 27th May 2022

There was a fair turnout of 37 horses contesting the seven races on a fine spring day.  The new Clerk-of-the-Course Adam Wadlow and his team had done well to produce good safe ground on the day.

The opening Goffs four- and five-year-old Maiden produced the closest finish of the day.  Tommie O’Brien on the debutant Francesca Poste trained Duke of Moravia took it up three out from Milo Herbert on No Dice, but the latter’s racecourse experience won the day regaining the lead at the last and prevailing by a head. 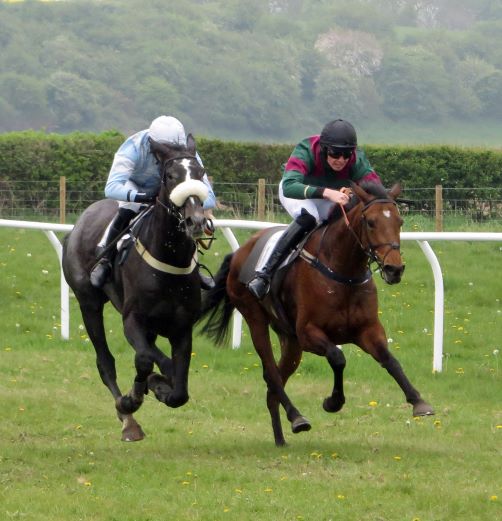 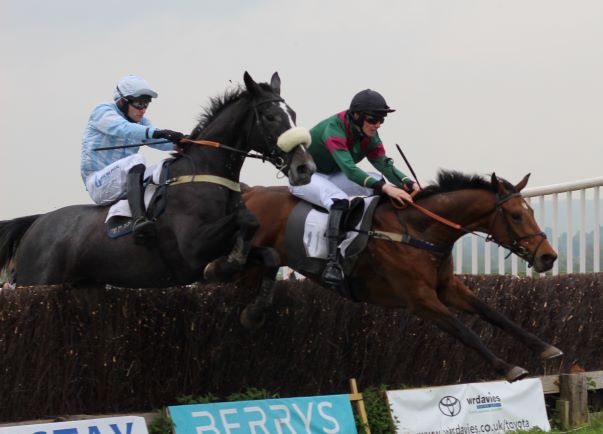 No Dice is just shading it at the final obstacle

The five-year-old winner is trained by Nicky Shepherd for the All on Partnership led by Area Chairman Jim Squires.  The five-year-old gelding was acquired from Kayley Woollacott after coming fourth in a Larkhill flat race earlier in the season. 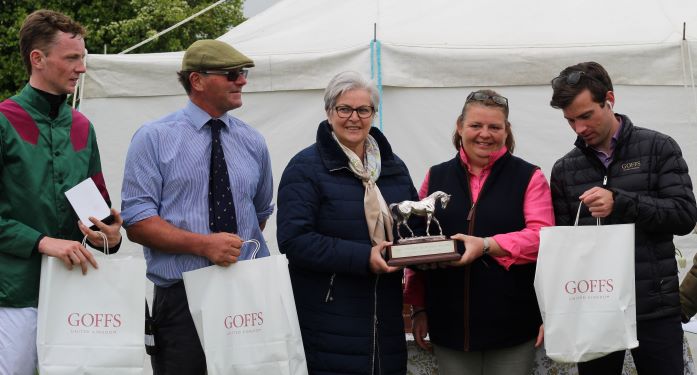 In the two-and-a-half mile Mixed Open, Henry Crow on Little Light took it up from Bandsman at the ninth, and steadily drew clear winning by ten lengths from Present Ranger with the odds-on favourite Hazzaar a disappointing third.  The winning trainer Rhiannon Lodge had acquired the eight-year-old mare at Doncaster January sales for £8,000 from the Lucy Wadham stable, for her father Robin Lewis. 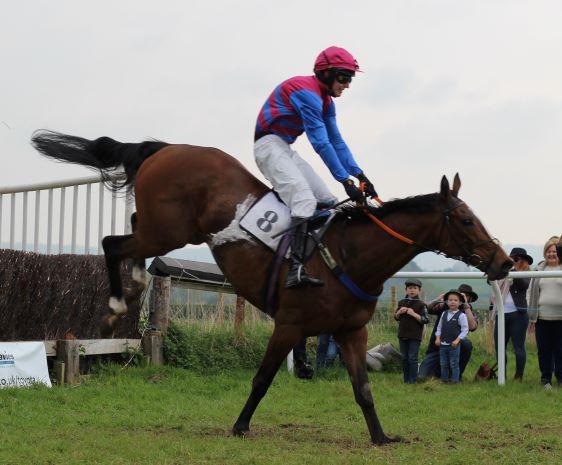 In the Conditions Race confined to horses from the West Mercia area, Immy Robinson on Ballymac Boy took it up three out and always had enough to beat Calett Mad by two lengths.  The winner trained by her mother Caroline was completing a hat trick of wins, having also won here on Easter Monday. 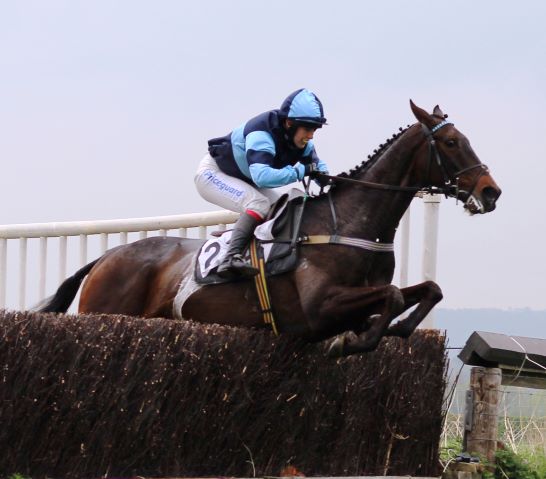 The PPORA Club Members for Novice Riders saw Jos Lovegrove-Fielden take it up after a mile on Donjon, eventually winning by twelve lengths from Welsh’s Castle.  It was a happy family moment as the nine-year-old, trained by Russell Teague, had been acquired at Doncaster Sales for £15,000 three years ago by the jockey’s grandmother Anne Stevens, who had sadly passed away a month ago 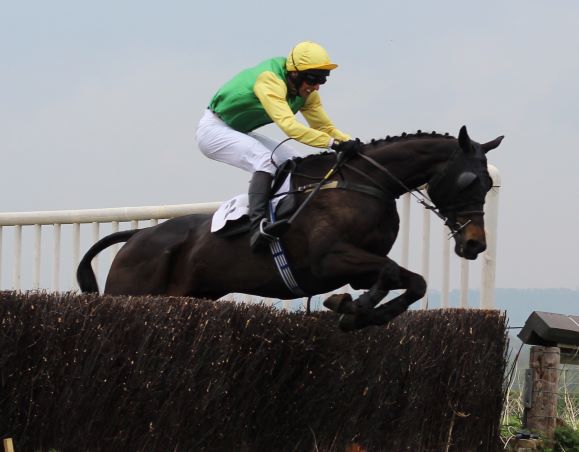 Only three went to post for the Restricted, and Tommie O’Brien made a miraculous recovery on Flying Colum after a bad mistake at the third fence, and it took the rider almost a furlong to regain his stirrups.  He then chased Huw Edwards on Sergeant Brody to three out and eventually got the upper hand at the last to win by a length.  The winner trained by James Ridley for Martin Oliver was following up on his Maiden win at Maisemore Park. 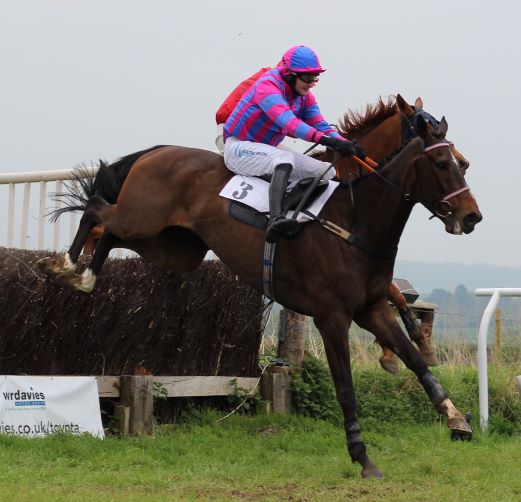 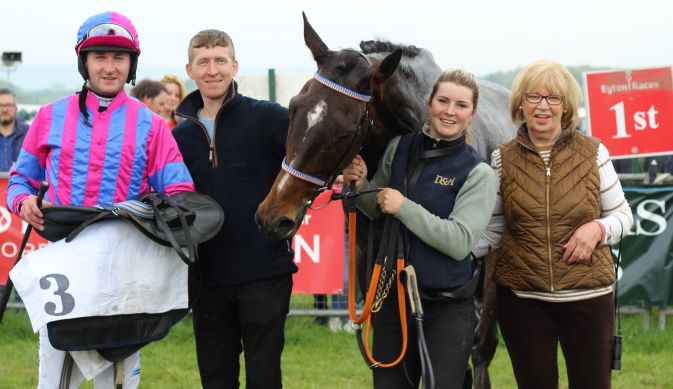 Flying Colum and Tommie O’Brien hold a narrow lead at the last.
It has been a very good year for Tommie O’Brien who is at the top of the table to become the Area’s Leading Male Rider, Leading Trainer elect James Ridley. Jess Short who has won a phenomenal amount of BTO prizes and Julie Oakey who has horses in contention for various awards

The Maiden had the largest field of the day with eight runners, but it was dominated by the Lacey family with Macfin ridden by Sholto Lacey for his dad Tom.  The six-year-old gelding jumped well in the front rank and steadily drew clear beating Immy Robinson on Mithmaar by fourteen lengths in the fastest time of the day. 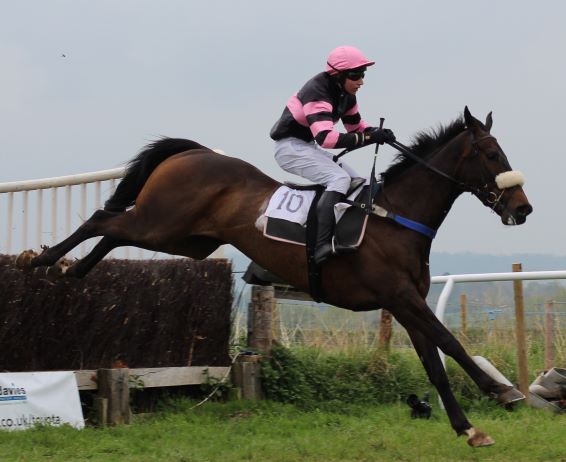 This was the sixteen-year-old’s first ride in a point, having graduated from the pony ranks, and he looked very competent indeed. The successful owner/trainer was present here rather than at Kempton where his charge Neville’s Cross had won earlier in the day. He explained that he had been looking at Facebook at 5.00 one January morning and noticed Macfin was for sale, so he immediately contacted Nigel Twiston-Davies and struck up a deal. 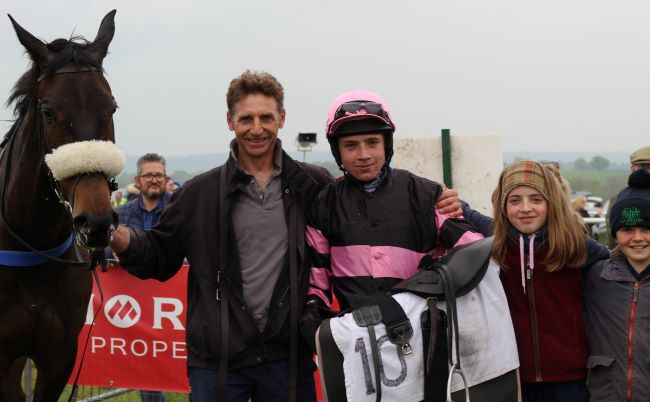 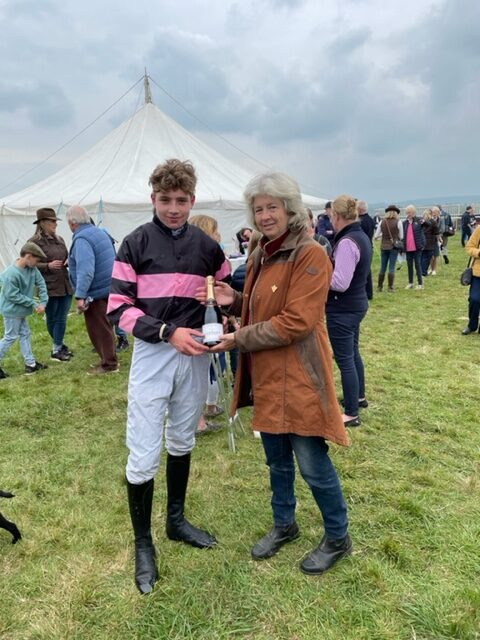 In the concluding Members Race, Dan Cherriman always led on Reiker’s Island and eventually won by eight lengths from Spectacular Rival.  The Alan Hill trained horse had won an early-season Hunter Chase at Warwick and had also run respectably when coming seventh in the Aintree Foxhunters.  This was the second win from two rides over the weekend for the owner-jockey having won the concluding Conditions Race at Godstone on Sunday aboard Kashmir Peak. Dan who is a local huntsman and Joint Master of the South Shropshire was elated as he had been off for eleven weeks with a broken pelvis and had only returned to riding a fortnight ago.