Tommie O’Brien’s good run continued with a double during Sunday afternoon’s Carmarthenshire Point-to-Point at Ffos Las which puts him on the 5-winner mark for the season. At the other end of the scale there was a first success for 21-year-old Flora Guy on the Venetia Williams trained Tango de Juilley in the INEOS Grenadier Mixed Open qualifier.

The winner has been competing at the highest level and chased home Cousin Pascal in last year’s Aintree Foxhunters. Now 13-years-old the Ledbury qualified runner ran with the exuberance of a horse half that age and provided an armchair ride for his young rider who works at Williams’s yard at Aramstone, near Ross on Wye.

Tango de Juilley swept into the lead at the 2nd and had soon established a clear lead with the partnership holding a 25-length advantage as they passed the judge for the first time.

The opposition could be forgiven for thinking the inexperienced rider had gone off too fast in the prevailing conditions with Gareth Topham estimating the leader was 100 yards clear approaching the final open ditch. That theory looked justified when Tango de Juilley made a bad mistake at that obstacle, where Guy did well to maintain the partnership. 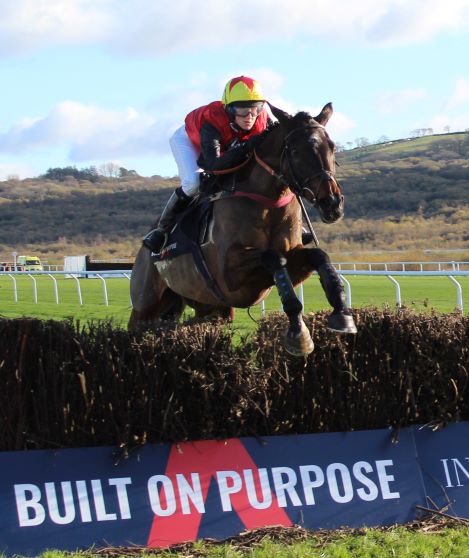 Any hopes that he was coming to the end of his tether were soon dispelled as he was foot perfect over the remaining obstacles. He kept up his relentless gallop in the home straight and cruised home for an emphatic win. 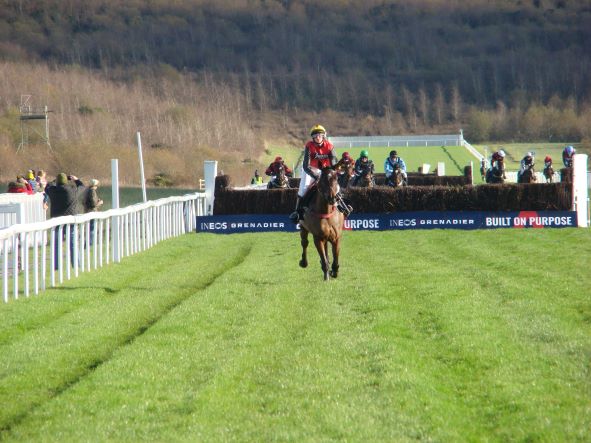 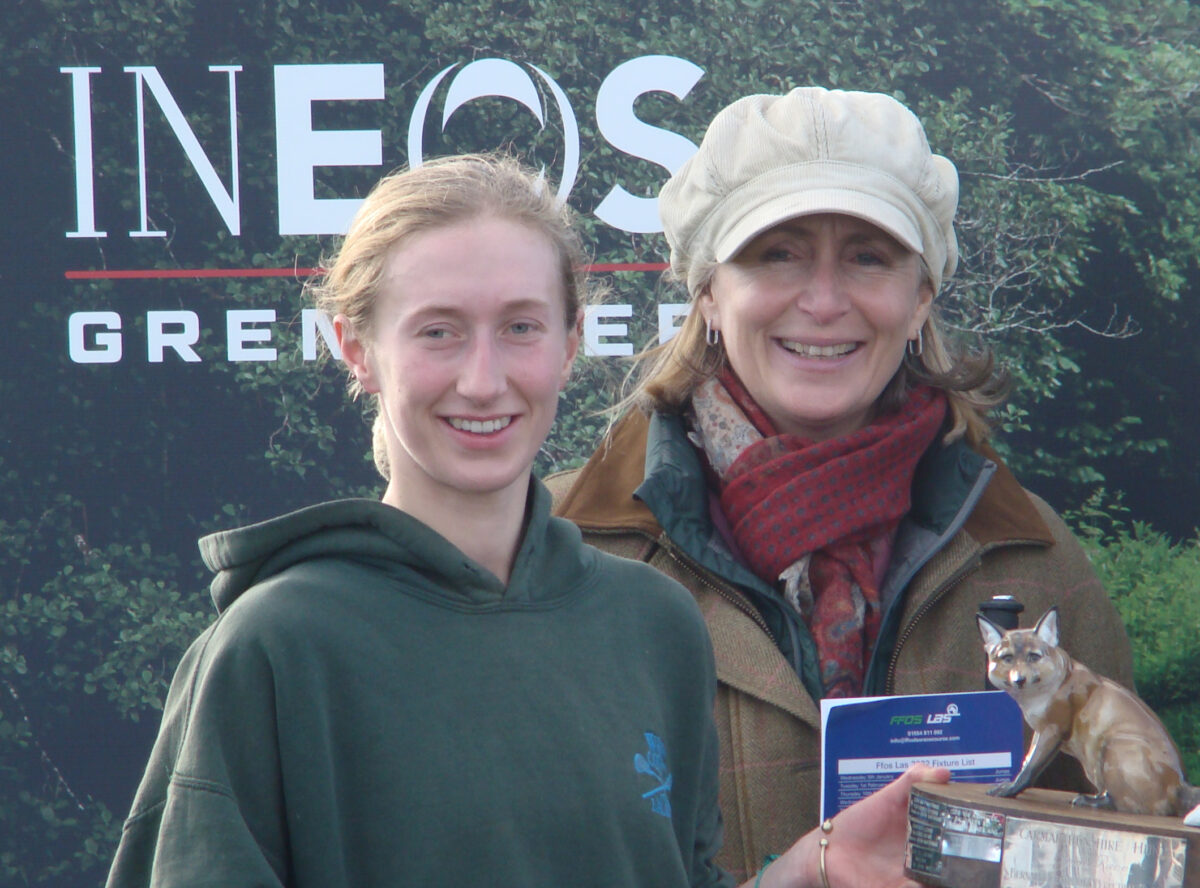 O’Brien has made a good start to the season and is benefiting from his association with Clive Boultbee-Brookes Woolhope stable. Following their success with Trio for Rio at Knightwick, this partnership teamed up with Felicie du Maquis in the Jockey Club sponsored Mares Maiden.

The 6-year-old daughter of Saddle Maker was making her racecourse debut but did show signs of inexperience including a mistake at the fence in front of the stands, but she recovered quickly and was soon back on level terms.

So They Say and Chloe Emsley kicked clear on the final bend and O’Brien’s mount struggled to reel in the leader in the home straight but it was a promising first performance.

O’Brien and Boultbee-Brooks gained compensation in the Restricted when Racing Snake who opened his account in a Chaddesley Maiden last December proved too strong for the favourite Envious Editor.

Minella Lightening led for much of this race before weakening over the final three fences, which left Racing Snake and Envious Editor to fight out the finish. Henry Crow produced his mount with a well-timed challenge at the last, but O’Brien refused to accept defeat and held off the runner up to record a 2-length success. 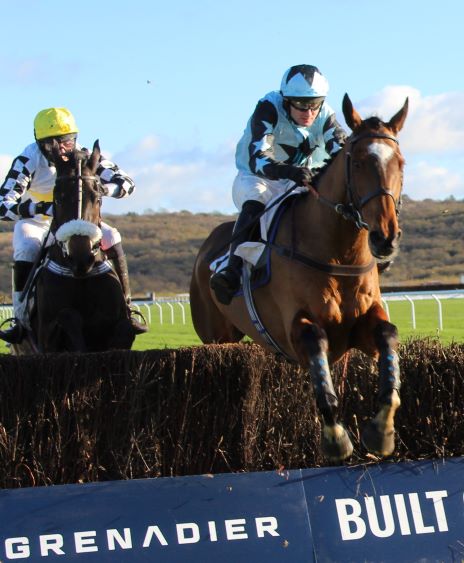 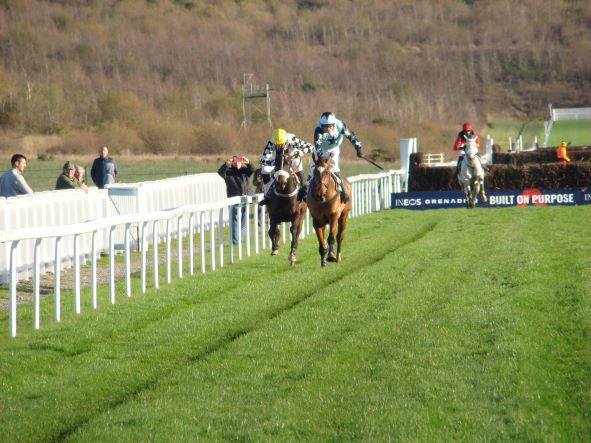 The jockey completed his double with a hard-fought win on the James Ridley trained Tilly Toughnut for owner Trea Newell in the 4 & 5 year old Flat Race.

Madame Verity and Tilly Toughnut kept one another company before the former weakened in the home straight. Rockafella looked dangerous at one point before his effort then petered out which allowed Whatwillmothersay and Darren Andrews to mount their challenge.

They led entering the final furlong and maintained a slight advantage but Tilly Toughnut fought back and eased clear in the final 50 yards to land the spoils and provide Ketford trainer James Ridley with his first success of the season. 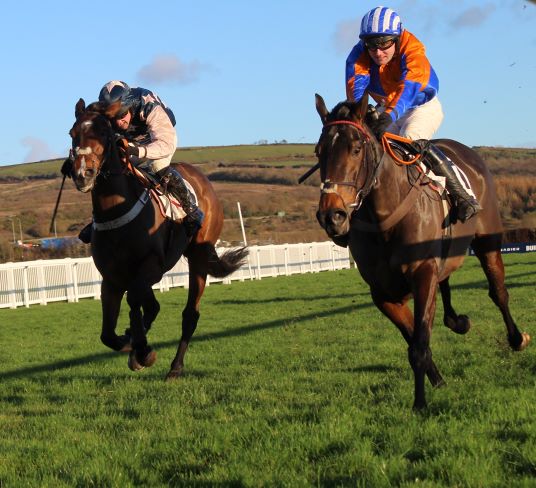