Herefordshire jockey Tommie O’Brien enjoyed a good start to the season with two winners and two seconds at Knightwick Races on Sunday afternoon. With James King riding in Devon, O’Brien collected a total of 24 points in the race to become the new West Mercian Champion Rider and that is a significant lead so early in the season.

The day did not start well for O’Brien who was expected to take the PPORA Conditions race with Clive Bennetts Miss Seagreen, but she came up against a formidable opponent in the shape of the Caroline Beasley trained The Dellercheckout.

Both of these horses sidestepped an engagement in the Mixed Open later in the afternoon and that seemed a wise decision with these two dominating the latter stages of this contest. 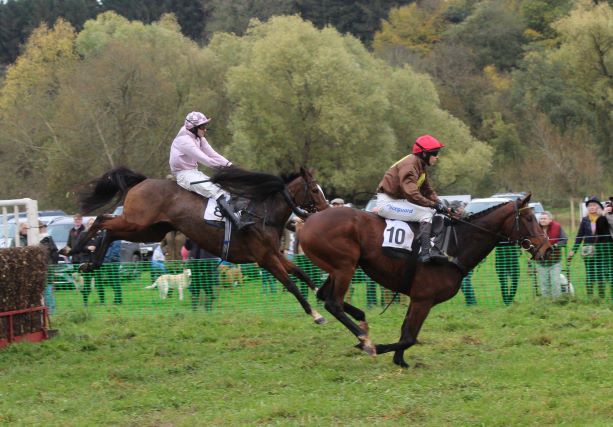 Held up for most of the race O’Brien’s mount began to make progress from the 13th and held a narrow advantage approaching three from home, but Immy Robinson was just getting into the drive position on The Dellercheckout and timed her run to perfection leading approaching the last which they jumped with a narrow advantage. Miss Seagreen inched closer on the flat but was still half a length down as they passed the judge. 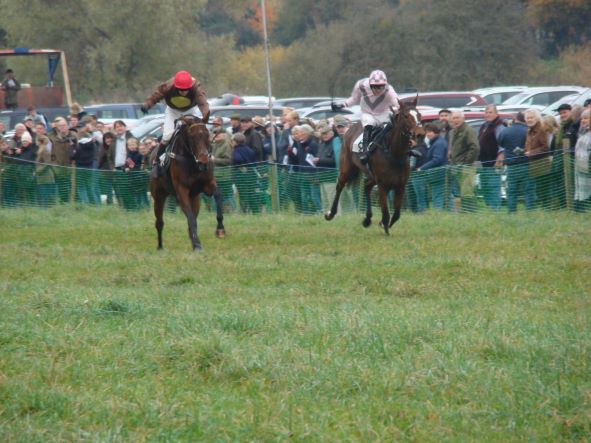 Miss Seagreen (pink) narrows the leaders advantage on the flat

Shropshire trainer Caroline Beasley revealed she had been up since 6 am retrieving the horse from the field, then cleaning and preparing him for the races. “He seems a happy horse in his current regime so I am not going to make any long-term plans. I will take things as they come, but his next engagement will probably be in a Ladies Open”.

O’Brien had better luck in the 3 runner Restricted where he teamed up with Richard and Charlotte Fuller’s Winter Holiday. Winter Holiday and Blossoming Forth set a strong pace which resulted in Spivey Cove dropping out at halfway. There was little between the two remaining rivals all the way down the back straight but around the final bend Winter Holiday began to open up a narrow advantage, and entering the home straight it was evident that Bradley Gibbs was chasing a lost cause and he eventually accepted defeat over the final two fences. 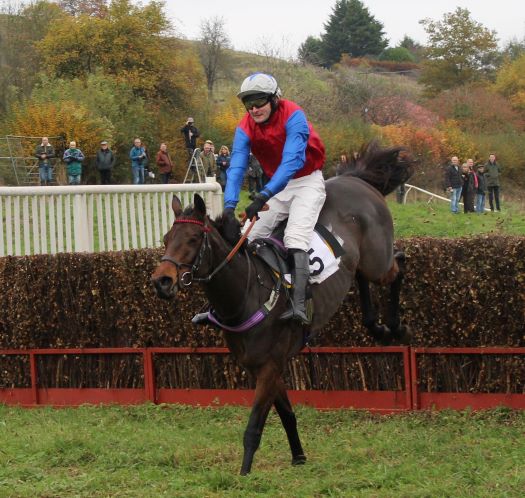 The Fullers were making their first visit to the Worcester venue on the banks of the River Teme but were complementary about the “regular and accurate course updates, while O’Brien explained to the winning connections “I kept asking and she kept galloping”. 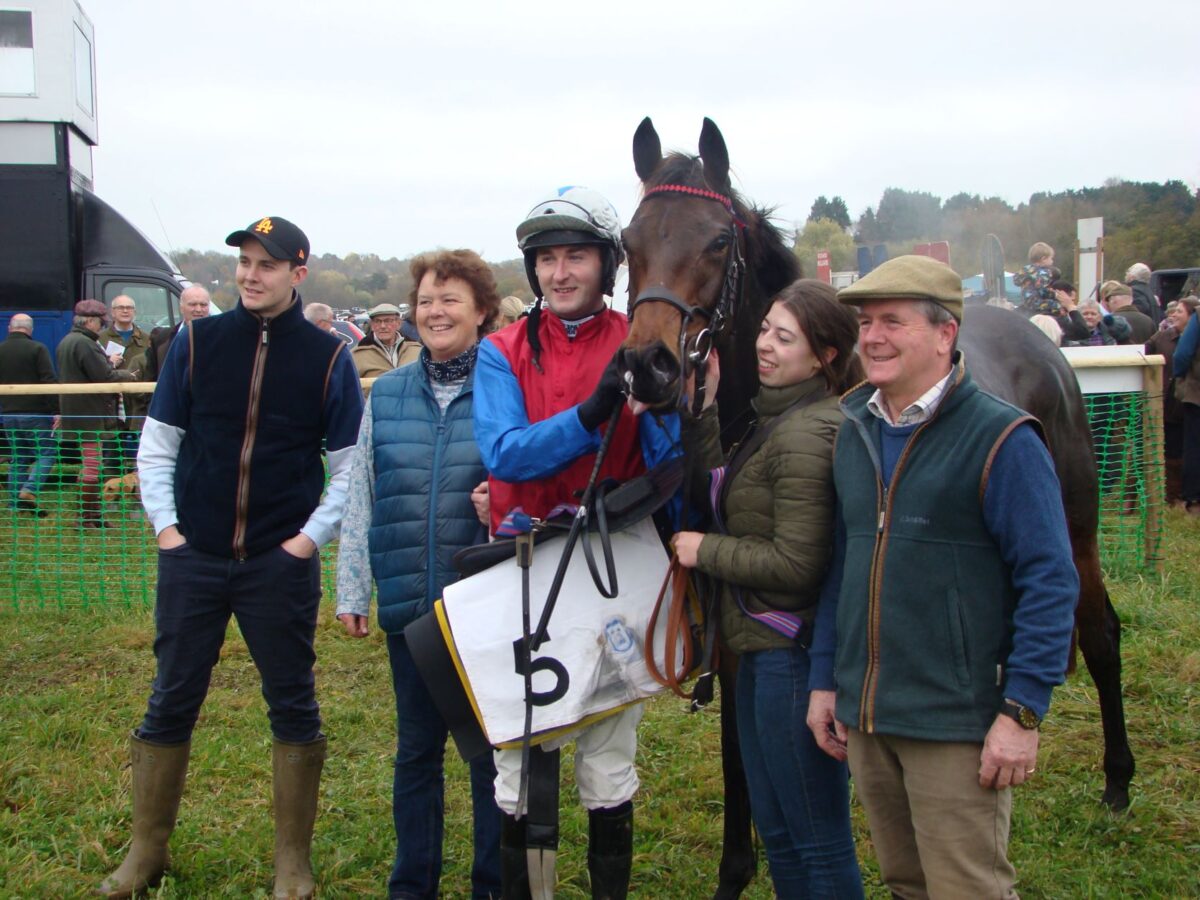 Winter Holiday and connections posing for the cameras

O’Brien completed his double with an impressive win on Trio for Rio for Woolhope owner Clive Boultbee-Brooks in the Mixed Open, who had been out of luck when Sebastapol had finished runner up at Cheltenham the previous afternoon.

Three runners lined up for this contest, with Ballymoy who had won three races for Nigel Twiston Davies heading the market narrowly from Trio for Rio, and these two horses set a strong pace throughout while Fred Philipson-Stow and Mr Caffrey kept a watching brief on the leading pair.

Galloping along the riverside O’Brien started to exert maximum pressure, and it was at this point that Ballymoy’s challenge began to falter and he was soon passed by Mr Caffrey who then began to eat into the leaders advantage, while Ballymoy ground to a half at the final open ditch. 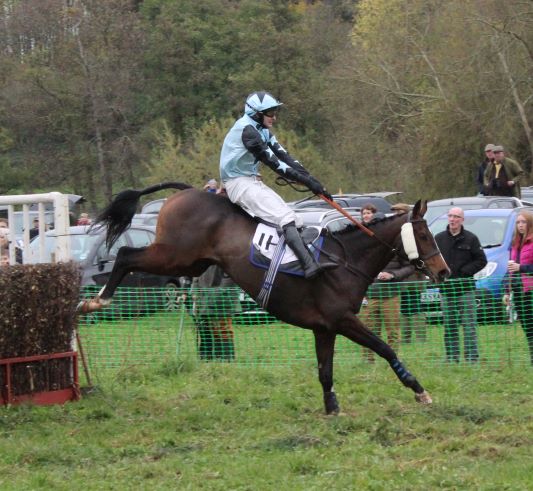 Mr Caffrey managed to reduce the deficit in the home straight but Trio for Rio was not going to be denied and kept pulling out extra, resulting in his lead being extended on the run in.

O’Brien had to settle for second spot in the 2-1/2 mile Maiden where he teamed up with the James Ridley trained and Martin Oliver owned Flying Colum.

Midnight Jitterbug and Flying Colum front running tactics were too much for several of their rivals who were soon out of contention and this pairing were still dominating the pace approaching the final bend. 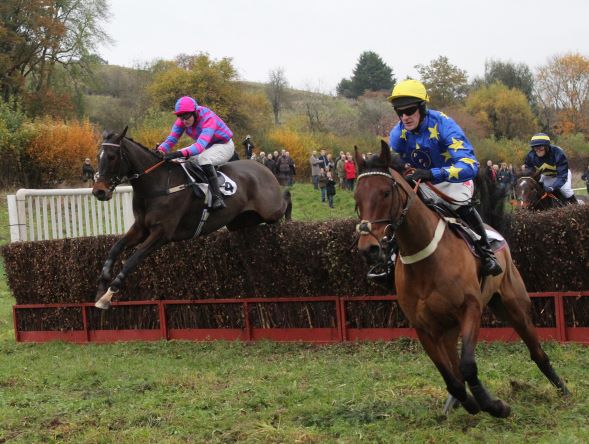 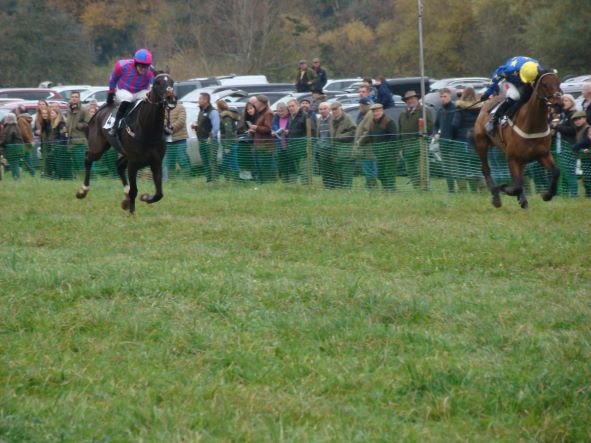 Midnight Jitterbug showed tremendous resolve up the home straight and although O’Brien and Flying Colum were putting their best work in at the finish, they eventually had to concede defeat in the final 75 yards as the leader claimed the prize for trainer Sarah Bosley and owner Liz Prowting.

Enterprising tactics proved successful throughout the afternoon and Garrettstown put in a game front running performance to land the Novice Riders Race for Paige Topley.

Azzuri and Garrettstown took the field along at a good pace and at one point were a good 20-lengths clear of their rivals, which included Will Gaskins Tb Broke Her and the Ivor Herbert ridden Welsh’s Castle.

Garrettstown swept into a clear lead at the 15th, and with Azzuri’s earlier efforts taking their toll it was left to Welsh’s Castle to offer some token resistance in the home straight but neither of the placed horses had the pace to make any significant inroads in the leader’s advantage over the final two fences. 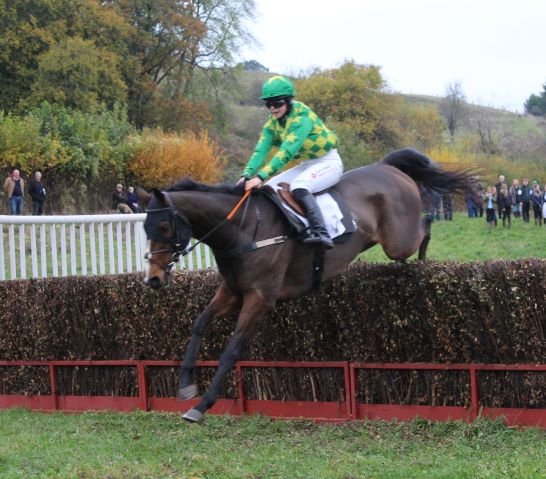 Garrettstown makes a good start to the season for Paige Topley

The winner had form under Rules for Stratford trainer Olly Murphy for whom the winning jockey rides out. On their only previous outing this partnership had pulled up at the 6th at Edgcote, but seemed to appreciate being given his head in this company. 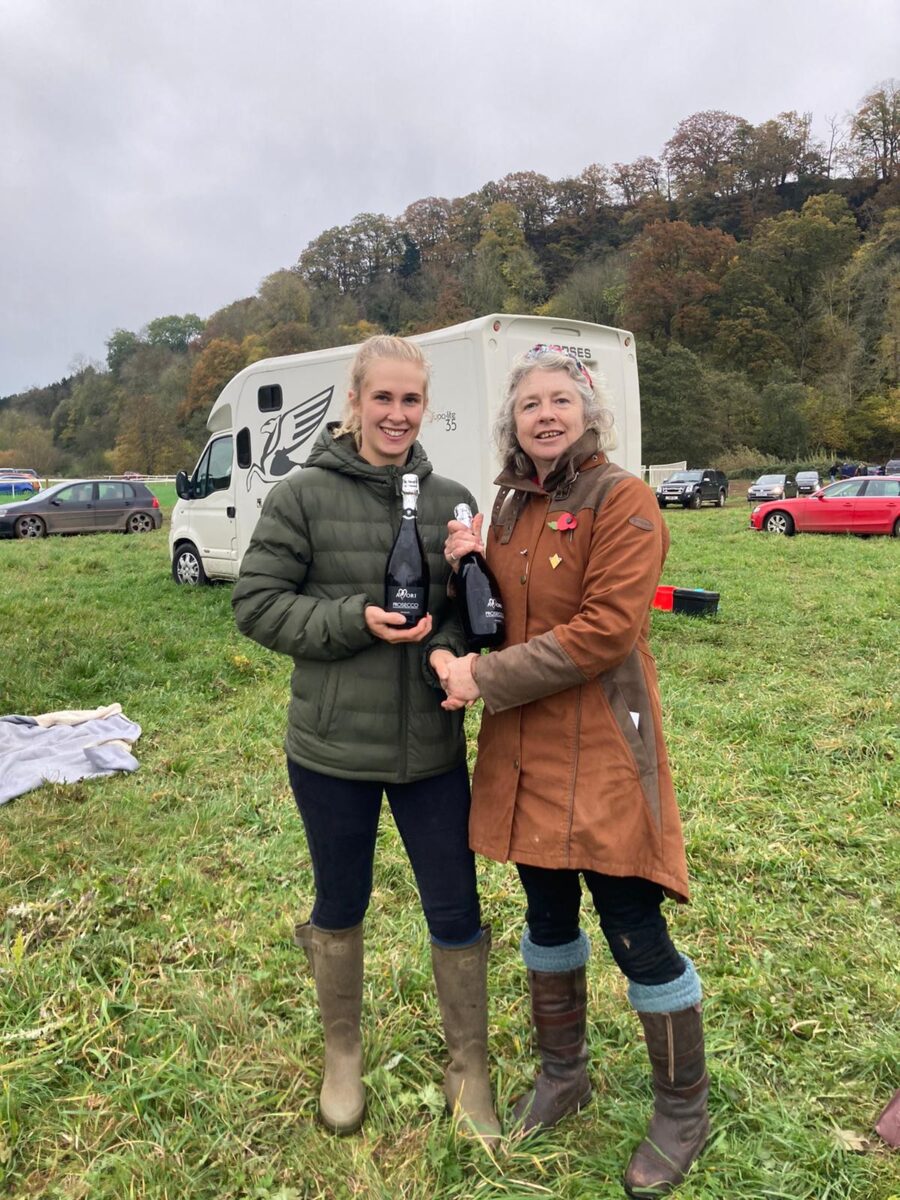 Topley was recording her fifth success with one of four horses she has at her South Littleton stables near Evesham, a convenient base which allows the 24-year-old rider to ride out for Fran Nimmo/Charlie Poste at Ettington and Wilmcote N.H. Trainer Olly Murphy with whom Garrettstown was previously based.

The days concluding event, the 3-mile Maiden went to El Diablo who started favourite despite his inexperience. Bradley Gibbs gave him the perfect introduction but enjoyed an element of luck as Festin D’Un Soir seemed to have the favourite’s measure when parting company with Arron Butterfield at the penultimate after which El Diablo clung on bravely to deny Kahaleesi and Chasing My Dream their chance of success. 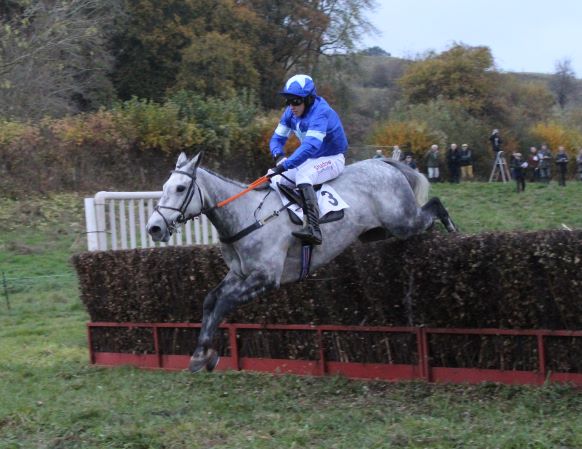