You Are Here: Pointing West Mercian > Reports > THREE WINNERS FOR ROWLEY AT THE WHEATLAND
Friday, 27th May 2022

Bridgnorth based Phil Rowley won the West Midland Area Trainers Title for three successive years between 2017 and 2019 and was followed by his wife Mel who secured the Award in 2021.

The stables winning run looked to have run its course as James Ridley has sent out a steady stream of winners from his Gloucestershire yard, but Rowley fought back with three successes during Saturdays Wheatland fixture at Chaddesley Corbett and that put a dent into Ridleys Title aspirations and it will be interesting to see who comes out on top with just two meetings remaining.

Rowley enjoyed a good start when Forest Chimes proved far too strong for his rivals in the Restricted. Diana Williams 8-year-old had flattered to deceive on numerous occasions before finally opening his account over this course in April.

He came through to lead in the closing stages that day but was given a far more positive ride on this occasion with Darren Andrews sending him to the front just after halfway. The long-time leader Miss May Hill weakened very quickly with half a mile to run and when Forest Chimes quickened the pace racing uphill, only Lanzealot was capable of responding and moved into second spot. 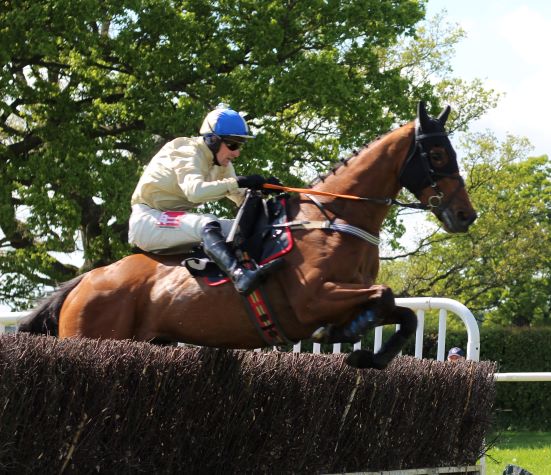 These two had gone well clear of the opposition and when Forest Chimes put in another prodigious leap at the 17th, the runner up blundered away his chance at the same obstacle which allowed Darren Andrews mount to increase his advantage as they raced towards the judge. 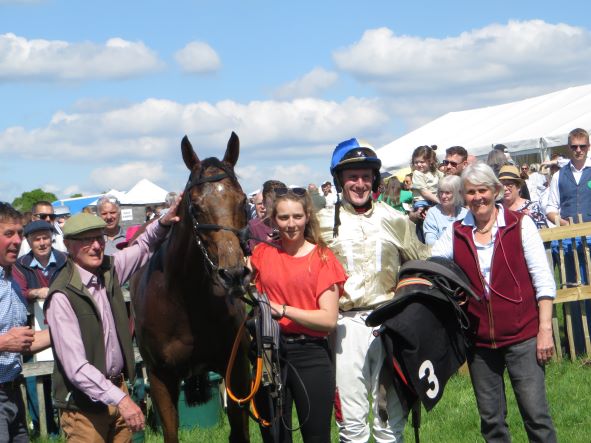 Winning connections are all smiles afterwards, Diana Williams is on the right

Rowley Racing and Mel Rowley Racing sponsored the five runner Mixed Open, but at the end of the 3-mile contest the prize was making its way back to the sponsors after Champagne Lilly caught Highway One O One in the shadows of the post.

Salvatore set a strong pace throughout, putting his poor showing at Cheltenham well behind him. Toshima was also prominent in the market and settled for a position just behind the leaders, before Darren Andrews quickened the pace on Salvatore as they raced along the roadside.

Highway One O One moved into a challenging position down the back straight but Miss Sea Green was struggling and dropped out of contention.

Freddie Gordon’s mount headed the leader on the final climb and turned back towards home with a clear advantage, although Immy Robinson and Champagne Lilly were poised to launch their challenge. 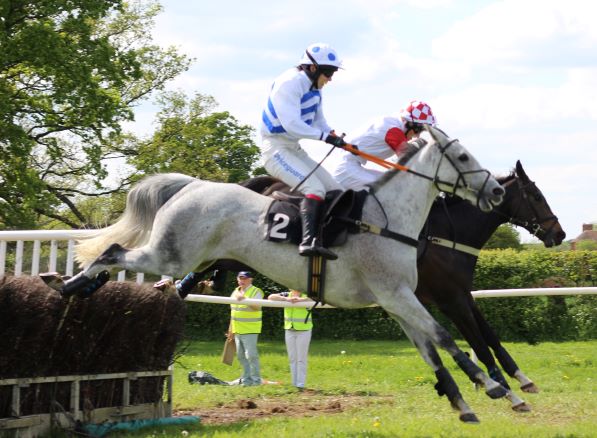 The second last proved the key to this contest because Highway One O One made an error, which allowed Champagne Lilly to take advantage of the situation and reduce the leaders advantage between the last couple of fences. 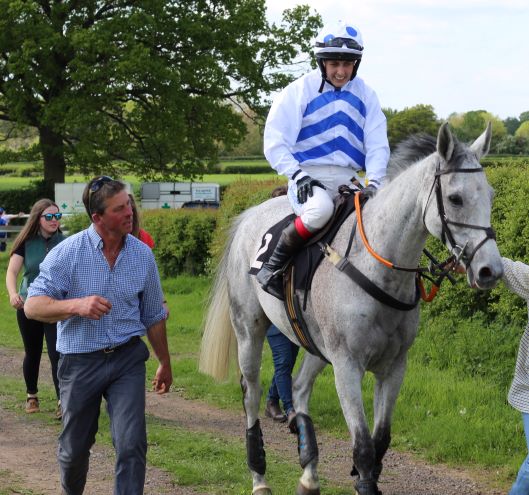 Neither horse had a significant advantage at the last, but Champagne Lilly had to regain the impetus she lost at this obstacle, but remained calm under pressure and drove her mount to the front in the final 25 yards to prevail by half a length in the colours of owner Cynthia Bibby. 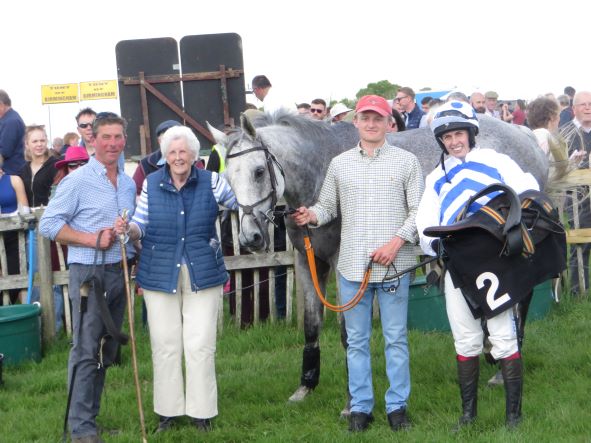 Title chasing James King teamed up with Golden Tobouggan in the Jockey Club and Retraining of Racehorses Veteran Horse Conditions, but it proved a frustrating afternoon for the reigning Champion who eventually had to settle for second place while Will Biddick enjoyed two walkovers at Holnitcote.

Captain Bucks travelled up from Winchester to try and enhance Freddie Gordons chances of winning the Novice Riders Title but had to shoulder a 10 lbs penalty before doing so. This would have proved a major obstacle to a horse of lesser ability, although Golden Tobouggan tried his best to get on terms on the final climb he was always fighting a losing battle in the home straight. 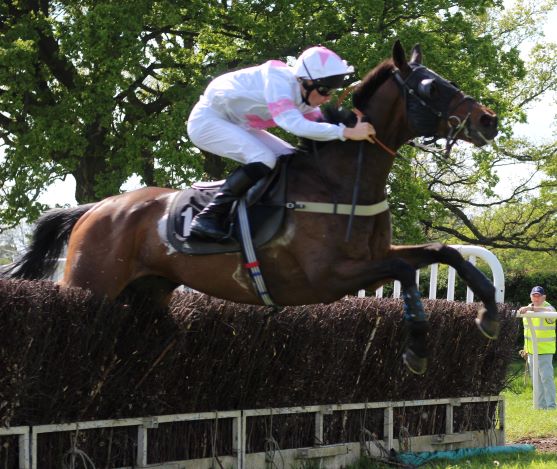 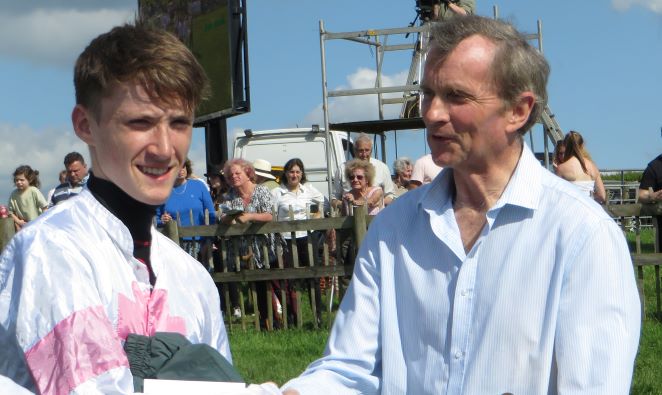 The Conditions attracted a small field with Very First Time the outsider of the party, but the 10-year-old showed tremendous battling qualities to land the prize under owner/rider Tiggy Vale-Titterton.

Very First Time had set a strong pace when runner up over course and distance last month and this style of running obviously suits him as identical tactics were employed on this occasion. The partnership were joined by Gottagottagetaway going out onto their final circuit and they continued their battle for domination, while Chu Chu Percy and Grove Cottage were struggling to get into contention.

The latter began to creep a little closer in the final half mile but turning uphill, Gottagottagetway held a narrow advantage, whereas the other two runners were unable to make their presence felt.

The two leaders were inseparable turning back towards home, but something had to give and Gottagottagetaway was the first to crack dropping away as Very First Time reclaimed the lead and outstayed his rival on the run to the line. 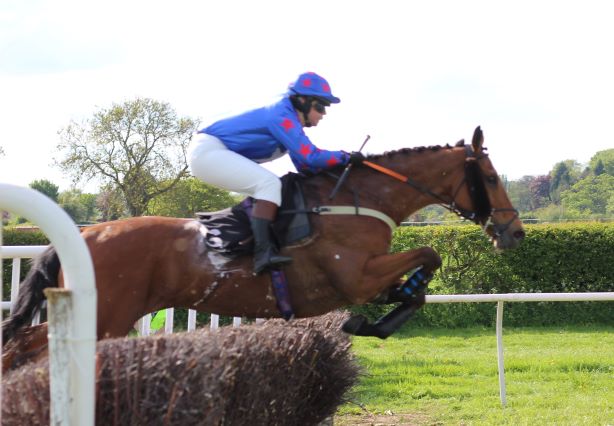 This was a first success for the 24-year-old rider who is in charge of Office Communications and Social Media at Dan Skeltons yard near Alcester. She was keen to acknowledge the help she had received from her parents, trainer Ceri Reece and Adrian Wintle. 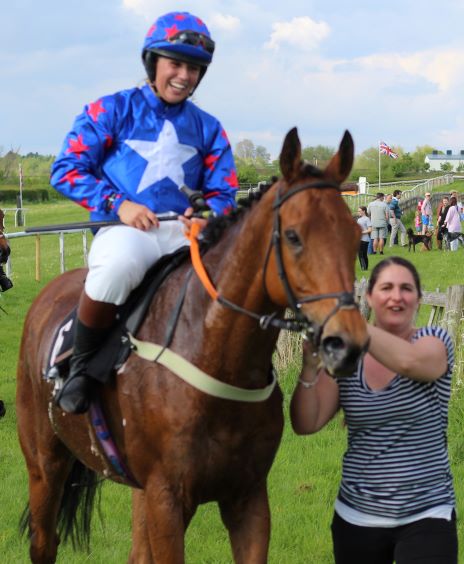 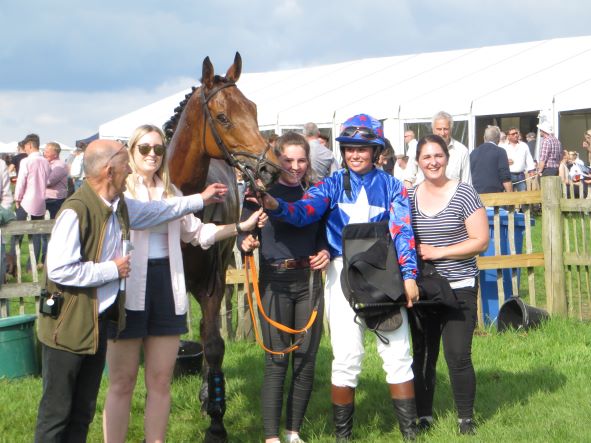 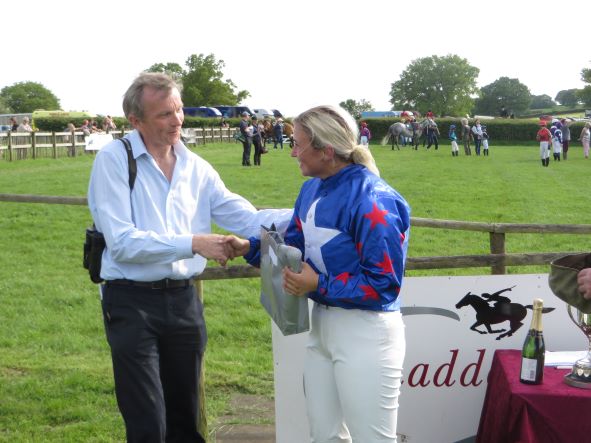 Hindsight is a wonderful thing but some questioned the wisdom of running a 4-year-old Maiden at this time of the season, when trainers were unlikely to risk valuable younger horses when conditions were un-favourable. No doubt this will be discussed at length in the corridors of power but unfortunately for the organisers this race resulted in a walk over for the Court Well from Tom Weston’s stable at nearby Hindlip.

Galassian and Moolooagh had the best form and were the two best supported horses in the 3-mile Maiden, but their connections required nerves of steel as they fought out the finish.

Both horses had fallen on their previous runs, with the former doing so after taking lead at Shelfield Park and when poised on Rock House’s heels at the Worcestershire, while Mooloolagh had fallen at halfway when favourite for a Bitterley Maiden.

Galassian went to the front from the drop of the flag, while Mooloolah settled in mid-field, as Phil Rowleys runner enjoyed an uncontested lead ahead of Barley Hill and Over the Bridge.

Mooloolah who moved into second place with three to jump and the pressure was now on, but both horses jumping stood up to this test, although Mooloolah effort petered out over the final two obstacles with Galassian’s success providing a hattrick of successes for his Bridgnorth based trainer.It was later revealed the 5-year-old son of Schiaparelli will be making his way to Doncaster Sales in two weeks time.